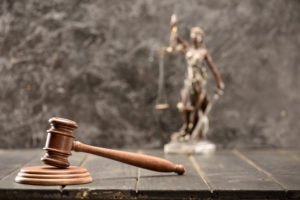 No one wants to be accused of a crime, but an arrest or charge for a first degree crime is in a world of its own. First degree crimes are, by definition, the most severe in Toms River and New Jersey as a whole. With this, first degree criminal charges carry the harshest penalties. As you might expect, prosecutors in Ocean County and across the state tend to pursue these cases the most aggressively. In some cases involving first degree crimes, local police in Toms River will work with other state and even federal agencies on these investigations. Crime has been going down in Toms River, in large part because of the aggressive enforcement efforts of officers from police departments in the area who are regularly going after potential criminal offenders. If you find yourself in the crosshairs of the criminal justice system based on first degree felony accusations or criminal charges, you need to respond with great urgency when seeking legal counsel. Below explains the overall punishments you are facing if convicted of a first degree crime in New Jersey, as well as the applicable legal presumptions that can make your situation worse than many others. To discuss your specific first degree criminal case in Toms River, whether it is specifically armed robbery, aggravated sexual assault, drug distribution, kidnapping, or another crime, call our experienced Toms River criminal defense lawyers today at (848) 238-2100. We have the knowledge and background you need to fight the charges, so get personalized guidance and assistance today.

First degree crimes in New Jersey include all the big ones that you might expect, including murder, certain types of manslaughter, particularly severe sex crimes and those against children, armed robbery, intent to distribute 5 ounces or more of heroin or cocaine, leading a drug distribution network, carjacking, and additional crimes involving egregious acts. If a crime is among the most severe in the state or among the worst acts you can commit, chances are it is classified as a first degree crime, also known as an indictable offense. These types of first degree crimes are not committed every day in Toms River or New Jersey as a whole, so the state considers them incredibly seriously and spares no expense in attempting to convict those facing these allegations.

There are four levels of felony-level charges, specifically termed “indictable offenses,” in New Jersey, from fourth-degree crimes to first-degree crimes. First degree crimes are classified at the highest level of severity. As such, first-degree criminal proceedings are held in Superior Court in which the crime has been allegedly committed and charged. If you are charged with a first degree crime in Toms River, your case will be sent to Ocean County Superior Court. You will be held in Ocean County jail and may be detained there for the duration of your case as it moves through the court system.

Arrested for a 1st Degree Crime in Toms River, What am I Facing?

If you are convicted of a first degree crime, you will be facing a severe prison sentence, and your ability to secure release on parole will often be seriously impaired by New Jersey’s No Early Release Act. First Degree conviction prison terms generally run for between 10 and 20 years in a state penitentiary and you may also be fined up to $200,000. Extended sentencing and fine guidelines can also apply, depending on the specific crime for which you are convicted. For example, some crimes like first degree carjacking carry 10 to 30 years of incarceration. Homicide could get you sentenced to imprisonment for life. You also face a presumption of incarceration if you are convicted of a first degree indictable offense, meaning that the law presumes you should serve a prison sentence regardless of your criminal history or lack thereof.

First degree criminal charges in Toms River irrevocably alter the course of your life, so it is essential the you find an experienced criminal defense lawyer to provide you with advice and representation from the moment you find out you are under investigation. Our Toms River criminal defense attorneys can help from investigation, to arrest, through your criminal trial. Contact us now at (848) 238-2100 for a free consultation.