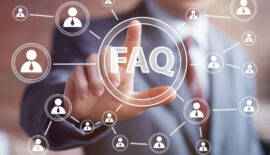 FAQs when You get Arrested in New Jersey from Out of State You came to New Jersey, whether for work, to visit family, on vacation, or merely to get to someplace else, but you got arrested. Now, you’re unsure what to do and what you are confronting as an out of state resident charged with... Read More 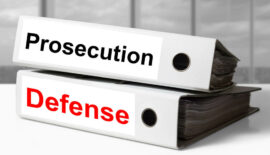 Main Reasons to Hire a Criminal Attorney So you got arrested, now what? Should you hire a criminal lawyer to defend you? While you may think that the punishment is strict and etched in stone, you may also be wrong about what you can do with the help of a criminal defense attorney. If you... Read More

What is commonly referred to as rape is actually known as Aggravated Sexual Assault under New Jersey’s Criminal Code. The types of situations that give rise to these charges may vary, but the potential penalties, if convicted, remain the same. Whether or not this was a “misunderstanding,” charges for Aggravated Sexual Assault can carry up to life in prison and fines beyond $200,000. Furthermore, even if you are adamant about your innocence, New Jersey’s Bail Reform Guidelines allow the Ocean County Prosecutor to keep you incarcerated until trial. You do not need an legal practitioner to tell you that these charges are serious. Nevertheless, if you or someone you love have been arrested and charged with Aggravated Sexual Assault, it is imperative that retain an experienced criminal defense attorney to represent you at trial.

If you have been charged with Aggravated Assault under N.J.S.A. 2C:14-2, you may be wondering how this differs from “rape.” The short answer is that it doesn’t really differ much at all. Aggravated Sexual Assault can be charged for a variety of situations (forceful rape, statutory rape, etc.) and you must be aware of exactly how the State intends to prove their case at trial.In New Jersey, for a defendant to be convicted of aggravated sexual assault, the prosecutor must the following beyond a reasonable doubt:

Defendant engaged in an act of sexual penetration with the victim; and

What are the Types of Sexual Penetration in Sexual Assault?

There are multiple types of sexual penetration punishable under N.J.S.A. 2C:14-2. They include the following:

What is Physical Force?

Aggravated Sexual Assault is a first degree felony offense under New Jersey’s Criminal Code. Typically, this would mean that a defendant would face anywhere from ten (10) to twenty (20) years in State Prison, if found guilty. However, if the charges for Aggravated Sexual Assault involve a victim who is less than thirteen (13) years old, then a conviction will carry at least twenty-five (25) years and up to life in prison. This means that you would not be eligible for parole for the first twenty-five (25) years of your sentence. Notwithstanding all this, a defendant convicted or found guilty of Aggravated Sexual Assault will be subject to Megan’s Law Registration, Parole Supervision for Life and be subject to Nicole’s Law. To learn more about these charges and speak with an attorney, call (848) 238-2100.

Suffice to say, anyone who has been charged with Aggravated Sexual Assault is facing a mountain of problems and calamities, should they be convicted. If you or someone you love have been arrested and charged with aggravated sexual assault in Ocean County, call (848) 238-2100. Allow our criminal defense firm to sit down and review your case with you and your family. We can discuss what steps to take next and develop a strategy to defend your rights. Our firm has defendant countless clients charged with sex crimes in Ocean County and New Jersey alike. Call today begin the process of fighting back against these charges.