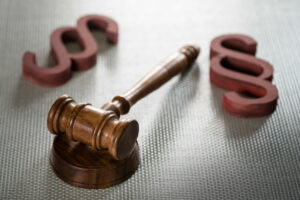 Violent crime is a problem throughout the nation, and each state has its approach, from crime prevention programs to stringent laws meant to deter and punish violent criminals. However, prison overcrowding is also a concern for many states; thus, balancing the aims of punishment and rehabilitation becomes the primary focus of each state administration. Over the last decades, New Jersey’s multileveled approach focuses on law enforcement, crime prevention, and community reintegration. However, the state addresses another dimension to violent crime, severely punishing some criminal charges with mandatory minimum sentencing requirements. To deter and punish violent crimes, as well as bolster victim rights, the New Jersey legislature enacted the 1999 No Early Release Act (NERA). Our dedicated team of criminal defense attorneys has years of experience defending clients charged with serious felony offenses throughout Ocean County, NJ, in towns such as Toms River, Brick, Jackson, Seaside Heights, Point Pleasant, Lacey, Berkeley Township, and Manchester. To speak with us about your case and develop a defense strategy customized to serve your best options and interests, contact us at (848) 238-2100 today. An attorney is standing by to provide you with a free consultation.

What does the No Early Release Act (NERA) do?

New Jersey’s NERA punishes those who commit serious violent crime by depriving them of the benefits granted to others serving prison terms for similarly graded crimes. Typically, convicted felons get what are called flat sentences with no restrictions on early release or parole. For instance, those who commit second degree theft crimes, like shoplifting over $75,000.00 worth of merchandise, may be sentenced to up to 10 years in prison. Most second degree crimes start at a 5 to 10-year sentencing range. But the person convicted of a typical second degree crime will probably get out of jail after serving half their term if they worked in prison and did not get into any trouble. The same is not valid for a person convicted of second degree aggravated assault. Because it is one of the crimes listed under NERA, the convicted individual will be required to serve 85% of the possible ten-year sentence.

The legislature enacted NERA to ensure that those convicted of first- and second-degree violent crimes do not get released on parole until they serve most of their sentence, namely 85 percent. The criminal code grades the most severe crimes at these two highest levels, which come with a presumption of incarceration. Before NERA and in other cases of egregious crimes, a prosecutor had to recommend an enhanced sentence to the judge based on the circumstances of the crime, the defendant’s criminal history, and the defendant’s lack of remorse, among other criteria. Since the law was placed in effect, prosecutors do not need to recommend enhanced sentences for NERA crimes. Instead, the law automatically delays parole eligibility and, thus, prolongs the sentence.

And when they do get paroled, NERA requires mandatory minimums for parole. The same is not applicable for flat sentences. The Act fixes a supervised parole term for NERA sentences at five (5) years for a first degree crime and three (3) years for a second degree crime. Likewise, if a parolee violates the terms of parole, they are sent back to prison to finish out their entire time as initially sentenced.

What Charges have NERA Sentencing in New Jersey?

NERA defines violent crimes as those that cause or threaten to cause serious bodily harm or death. The Act applies to:

For example, disarming a police officer, causing someone to die of a drug overdose, making or possessing chemical and biological warfare agents, or sabotaging a distribution or manufacturing operation with booby traps or other acts that could cause widespread damage, injury, or death fall under NERA. Whether a defendant commits, attempts to commit, or conspires to commit a violent crime, the judge will sentence them according to NERA, which supersedes other mandatory minimum prison term sentencing requirements of other laws.

Basically, any crime committed with a weapon designed to cause death or grave injury falls under the Act. As such, sex crimes involving weapons or committed by physical force or threat of physical force fall under NERA rules. The legislature intended to not only severely punish violent offenders, but satisfy victims that their assailants will not get off easy by getting released from prison after a short stay.

Can You Avoid NJ No Early Release Act Prison Time for a Crime?

The Act targets the wide prosecutorial discretion to plea bargain violent crime cases out and reduce charges or dismiss them prior to a grand jury indictment. NERA requires prosecutors to identify facts that would qualify the crime as a NERA crime and notify defendants that any plea bargain they enter subjects them to the terms of the Act. However, that does not mean that a prosecutor can never plea bargain a violent crime subject to NERA or that judges cannot reduce sentences for NERA crimes. Prosecutors can if they can show to the judge that they cannot meet their burden of evidence to prove a first- or second-degree offense, that the enhanced sentencing under NERA cannot be wholly justified in a specific case, that victims rights are protected by the plea agreement, and that the defendant is pleading to a NERA offense or is a cooperating witness for the prosecution. Furthermore, in circumstances that warrant it, the judge may consider mitigating factors to downgrade a first or second degree NERA crime to a grade lower. However, in that case, the person convicted must still serve 85% of the downgraded sentence.

Under the No Early Release Act, defendants must be on notice of their enhanced sentence, including juveniles charged with crimes and people facing lifelong imprisonment based on their charges. As such, defendants whose crimes are subject to NERA must be notified of the enhanced sentencing the prosecutor will seek at their sentencing hearing when a defendant enters a guilty plea or is convicted by a jury at trial. Since the prosecutor is not obligated to request enhanced sentences for violent cases if NERA applies to the facts of the crime, all they must do is prove the defendant committed, attempted to commit, or conspired to commit a NERA crime. Moreover, any sentence that a judge should have sentenced under NERA but did not is appealable. Finally, juveniles charged with violent crimes and tried as adults are subject to NERA. Lastly, life imprisonment is assumed to be 75 years under NERA.

Charged with a NERA Offense? Consult with a Lawyer Today

Given New Jersey’s stringent laws on violent crime, you want to find the best criminal defense attorney to advise and assist you if you have been arrested and charged with a NERA crime. Though sentencing is strict under NERA, you are not without options for avoiding the lengthy prison time you are facing. There may be multiple avenues for attacking the prosecutor’s case, negotiating a lesser sentence, or persuading the sentencing judge to downgrade the charges. The optimal way to find out if you can avoid incarceration and a NERA sentence is by contacting a criminal defense attorney experienced with handling robbery, burglary, aggravated assault, sexual assault, and other criminal charges in Ocean County, NJ. When you need an advocate who will work for the best possible result in your case, contact our lawyers. Free consultations 24/7, call (848) 238-2100.