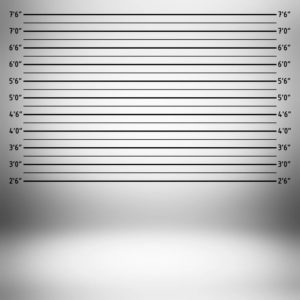 Stafford, New Jersey stretches over 55 square miles, is home to over 26,000 residents, and houses the Stafford Township Police Department. Located at the intersection of many Jersey Shore towns and on the way to Long Beach Island, Stafford’s residents, visitors, and travelers frequently head out for sun and fun, but often come back with criminal charges, one of which is simple assault. The offense of simple assault is a criminal misdemeanor charge (disorderly persons offense) in New Jersey heard in Stafford Municipal Court. Since this type of assault charge is of a lesser severity than aggravated assault, many people do not take it seriously. If you have been charged with simple assault in the Township of Stafford, despite your best intentions, you should be sure to know the gravity of the situation and consider hiring an experienced attorney to defend your case. A simple assault conviction can unwittingly catch you off guard when sentenced to the Ocean County jail for 6 months, in addition to other serious consequences. To discuss your case with a defense lawyer for simple assault in Stafford, contact our office at (848) 238-2100 today. Consultations are free and a member of our team is available now to assist you.

Most people are working under the assumption that to commit a simple assault, it must be proven that you harmed someone. This is not necessarily true and you can be charged even if you never laid a finger on anyone. The simple assault statute. N.J.S.A. 2C:12-1, allows a person to be charged with the offense for attempting “by physical menace to put another in fear of imminent serious bodily injury.” So what does this mean? It means that you can be charged with the crime if you did something, said something, or acted in a manner that made another person believe that you would hurt them.

Aside from actions that place another in fear of impending harm, you can be charged with simple assault if you attempt to, or do, hurt another person. The harm or injury caused can be reasonably perceived as minimal in order to obtain a conviction for this offense. In actuality, the state need only prove that you injured another person in some manner or another. In addition to any evidence provided by the police report and related discovery package, the prosecution can rely heavily on having the injured party testifying about what happened and how he or she was injured.

The judge is the sole finder of fact and adjudicator of guilt in municipal court cases, including those involving simple assault. Often, there are competing stories and the judge must make a determination as to who he deems credible and whether there were any real injuries or threat of harm. Because there are competing versions of events, it is often hard for the court to decipher who is the wrongdoer in a simple assault case. This is even more true in cases involving mutual fights. A mutual fight is a lesser offense within the simple assault statute that is a petty disorderly persons offense. For mutual fighting, there is less punishment than with a standard disorderly persons offense of simple assault. Mutual fighting occurs when two parties enter into a fight by consent. In certain situations, attorneys can resolve a simple assault case by pleading it down to mutual fighting.

Is Simple Assault a Serious Crime in Stafford NJ?

From a purely legal perspective, simple assault is not as serious as a felony offense, such as aggravated assault. But “serious” is a relative term and depends on how the accused views the direct and collateral consequences. For reference, simple assault is a disorderly persons offense for which you may be imprisoned for up to 6 months, pay a $1,000 fine at the highest end of the range, be ordered to be on probation, and be subject to other mandatory penalties, court costs and fees.

Additionally, if you are charged with simple assault in conjunction with domestic violence, it can be the basis of a restraining order. The restraining order is a separate case heard in Family Court. Once arrested, you are required to have a bail review before a judge, who will determine whether you can be released and in some cases, you can be ordered to be held in jail until the termination of your case. A temporary restraining order can become permanent if a final restraining order hearing and trial doesn’t go your way.

As for the petty disorderly persons offense of mutual fighting, you are exposed to imprisonment for up to 30 days, $500 in financial penalties, as well as court costs and fees.

For some, the jail and fines for simple assault are less concerning than the other impacts that such an offense can have on their lives. Aside from jail and fines, there are many other consequences of a simple assault conviction that can deter your future plans and cause problems with your day-to-day functioning. Since simple assault is technically considered violent, the offense can impact your future employment and your housing options. Employers and landlords may choose to reject you because they may legitimately feel that you are a risk to employees or other tenants.

Moreover, if you are arrested for a violent felony offense (i.e. aggravated assault) in the future, the court can recommend that you not be released from jail pending your case’s conclusion. This recommendation would be due to your case being “flagged” for violence. Since bail reform, in felony cases, the respective criminal divisions run algorithms, generating scores and recommending to the court whether a person should be released or held after their arrest. If you have a prior crime of simple assault, coupled with a new felony offense involving violence, the division may recommend no release due to a tendency toward violent behavior, past and  current.

Furthermore, a simple assault charge in the realm of domestic violence can affect your child custody arrangement, ability to own a weapon for the rest of your life, travel plans, and immigration status. If the victim meets the criteria for a qualifying relationship, what seems like a minor event can spiral into a major, permanent problem.

If you have been arrested for a simple assault in Stafford Township, we urge you to seek knowledgeable legal representation. Defending your innocence is an immediately beneficial strategy in the face of these allegations, and can be invaluable to your life long-term. Our experienced Stafford simple assault lawyers help people in your situation with all elements of their cases and we are here to provide the dedicated defense counsel and representation for you. Call (848) 238-2100 to learn more, ask questions, and receive a free consultation.