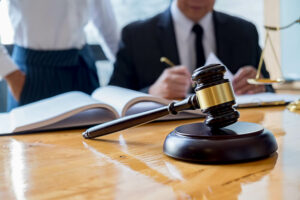 A conviction for just about any sex crime is likely to have severe consequences, including a lengthy prison sentence. But the truth is that prison could be just the beginning of your problems. That’s because most sex offenses in New Jersey, such as child pornography, aggravated criminal sexual contact, and sexual assault, also result in an additional penalty: a requirement to register as a sex offender under Megan’s Law. This means that you will be permanently marked as a convicted sex offender, with your friends, family members, co-workers, and everyone else possibly being able to access information about your conviction in an online database. You may also have to notify your employer, your neighbors, and local schools about the conviction. The good news is that it’s possible to be removed from Megan’s Law if you meet certain qualifications. Getting off Megan’s Law is not always easy, though, which is why you should speak to an experienced Megan’s Law Removal Lawyer who can assist you with the application process.

If you have questions about applying to be removed from Megan’s Law and sex offender registration obligations in New Jersey, contact our attorneys today for a free and confidential consultation. You can call (848) 238-2100 now, contact us online, and schedule an appointment at our local office in Point Pleasant if you would like to sit down and discuss your unique situation. With experience assisting clients with Megan’s Law removal applications and the process as a whole in towns such as Toms River, Brick, Seaside Heights, Lacey Township, Manchester, Lavallette, and throughout Ocean County, we are here to serve as your guides and legal resources

Intent Behind Megan’s Law: Why Sex Offenders are Required to Register

Megan’s Law started out as a state law in New Jersey in 1994, and it was later used as the model for federal legislation enacted nationwide. The idea behind Megan’s Law is that the public should be alerted when certain sex offenders who might pose a safety risk to others are living or working in their neighborhood, especially when children are present. So, Megan’s Law imposes a requirement that individuals who have been convicted of serious sexual offenses must provide their information to the registry. Depending on the tier classification of a convicted offender, they have have a multitude of their personal information made accessible to the public. Additionally, these sex offenders are subject to community supervision by law enforcement, which means that they may need to meet regularly with a parole officer, submit to drug or alcohol testing, and generally stay out of any legal trouble. A person who violates Megan’s Law by failing to register or otherwise failing to meet any of the registration or supervision requirements could find themselves under arrest and charged with a felony that carries significant prison time.

Megan’s Law removal is an option for certain individuals who are able to successfully file an application with the Superior Court of New Jersey, but there are limitations on exactly who can get off Megan’s Law. The requirements are set forth in N.J.S.A. 2C:7-2 of the New Jersey Criminal Code, and the statute makes it clear that some sex offenses are so serious that the offender is prohibited from being taken off lifelong community registration/supervision. This means that they will be required to register as a sex offender for the rest of their life.

Anyone who has been convicted of either of the following sex crimes is ineligible for Megan’s Law removal:

How Long Does it Take to Be Removed from Megan’s Law?

First, it’s important to understand the time requirements for even applying to be removed from Megan’s Law. The law stipulates that anyone who has registered as a sex offender under Megan’s Law must wait at least 15 years before filing an application for removal. This 15-year time period starts on either (1) the date of conviction, or (2) the date on which the offender was released from prison – whichever came last. Second, the application process itself can also take time, since there will be a lot of paperwork that needs to be submitted and significant evidence that must be gathered. This may include probation records, police reports, expert opinions, psychological reports, and witness statements. Then the court will need time to review all the evidence and make a determination about whether to approve the application for removal. You should expect the entire process to take several months, and since it is quite complicated, you should seek out an attorney experienced in Megan’s Law removal who can ensure that your case is handled properly and you have the greatest likelihood of success.

While adults must wait a minimum of 15 years before petitioning for removal from Megan’s Law, juveniles don’t have to wait nearly as long. For anyone who was under the age of 14 when they committed the sex offense, the time period is relatively short. You can apply for removal as soon as you turn 18 years old. The standard used by the court for juveniles is the same as the one used for adults. The application must demonstrate that the juvenile offender’s removal from the sex offender registry will not endanger the public.

What is the Process for Megan’s Law Removal?

There is a formal application process for terminating a Megan’s Law registration requirements. Your attorney will need to file an application for Megan’s Law removal in the county where the sex offense occurred. This is true even if you have moved to a different county since then. For instance, if you were convicted of a sex crime requiring sex offender registration in Ocean County, then you must submit a motion to be removed from Megan’s Law in the Ocean County Superior Court. The court will then evaluate your application and ultimately decide whether you should be relieved of the legal obligation to register as a convicted sex offender.

Although you don’t technically need a lawyer to submit an application for Megan’s Law removal, the reality is that the process can be extremely complicated and require many different legal steps and supports. In other words, if you are looking to position yourself for the best outcome when seeking to get off Megan’s Law, you strongly consider hiring a lawyer who is able to specifically handle your Megan’s Law removal motion, as well as represent you at the Megan’s Law removal hearing or at any other court proceedings. When you list help from our criminal law firm, you can place your trust in an experienced attorney who will gather all the necessary evidence and supporting documentation for your application, skillfully argue your case in court, and also make sure that you don’t miss any important filing deadlines.

Get in touch with us today for a free consultation at (848) 238-2100. If you find out you can be removed from Megan’s Law by speaking with us and discussing the steps in the process for removal, it may be the first day of the rest of your life.