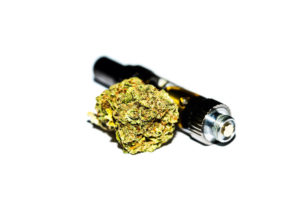 Were you stopped on Route 9 in Lacey and the police found marijuana? Or were you on the beach or at a marina in Lacey Township, searched, and arrested for marijuana? If so, you’re not alone. Marijuana charges consistently rank among the top reasons for arrests and criminal charges throughout Ocean County and New Jersey as a whole. Depending on the amount of marijuana in your case, you may be required to attend Lacey Township Municipal Court or Ocean County Superior Court for the first of multiple appearances. Prior to attending court or deciding how best to handle your marijuana case, contact our office at (848) 238-2100 for a free consultation. Our Lacey NJ marijuana defense lawyers are here to answer your questions and if you enlist our help, provide the most knowledgeable and dedicated representation. In the meantime, read below for an overview of court information, marijuana possession charges, distribution cases, and the consequences that follow a conviction if you find yourself the defendant in a Lacey marijuana case.

Whether you are chilling out at Cedar Creek Beach or taking out the boat at Lanoka Harbor Marina, one thing is certain, you cannot possess marijuana without a medical marijuana prescription. So, a quick smoke from a vape pen or a toke on what is left in your bowl may get you searched and arrested.

Possessing Less than 50 Grams of Marijuana in Lacey NJ

Most of the individuals who have been arrested for marijuana in Lacey have just a small amount, in which case they will be going to Lacey Township Municipal Court. The good news is that possessing less than 50 grams of marijuana is a disorderly persons offense, not an indictable felony crime. The bad news is that if you are found guilty of a disorderly persons offense, the court has the authority to exact a punishment that arguably, does not appear to fit this victimless crime. For possession of less than 50 grams of marijuana, believe it or not, you can go to jail for 6 months. Other potential punishments include probation, community service, a $1,000 fine, a $500 Drug Penalty, driver’s license suspension up to 2 years, and other costs and fees, such as a mandatory $50 lab fee, a $75 SNF payment, and a $50 VCCA fee.

If you possessed more than 50 grams or had THC oil in your vape pen, your case may be heard in the Ocean County Superior Court. Here, you will have the right to have your case heard in front of a jury who will decide your guilt or innocence for a 1st, 2nd, 3rd, or 4th degree crime. Unlike disorderly persons charges for marijuana, felonies allow sentences to state prison and require that you be identified as a convicted felon on the statewide system. Having a felony conviction on your record can deter potential employers from hiring you or landlords from renting to you, among other harsh repercussions. Depending on the degree of the crime for marijuana, you face state prison sentences of varying durations. For example, you may be charged with a 4th degree crime for THC oil or marijuana weighing less than an ounce. In these cases, a conviction warrants up to 18 months’ imprisonment.

By now you understand that not all marijuana offenses are created equal. If the marijuana weighs more, the gravity of the offense is adjusted accordingly. In fact, in some cases in which you have a larger weight, the charge is no longer considered possession and will instead be elevated to possession with the intent to distribute. This is a more egregious crime, opening you up to harsher punishment. For example, if you are in Lacey on vacation for a week or two, maybe you packed a little more weed in your bag than you might otherwise travel with. While your intention was likely to use it for yourself during your vacation, the law allows for an assumption to be made that it was too much to be possessed for your own use. If it is proven that you possessed the drugs with the purpose of selling, you will face more severe punishment and, in some cases, a term of parole ineligibility will be applied.

This is also true for cases in which you possessed the marijuana while in a school zone. The law prohibits you and anyone from possessing drugs with intent to distribute within 1000 feet of school property and if caught, you face more punishments than those for simple possession.

Charged with Marijuana in Lacey NJ, What can I do?

Notwithstanding the above, all is not lost, as there are more options available that many people can take advantage of in lieu of jail or a conviction. Consider the following: Pretrial Intervention (PTI) is a great way to avoid a criminal conviction. By taking part in the program, you agree to be on a modified form of probation and to fulfill all court-ordered obligations, such as not committing any new offenses, remaining drug free, meeting with your probation officer as directed, finding a job, and paying fines or completing community service. Once completed, the charges will be dismissed and you can expunge your record within 6 months.

PTI is for felony cases in Ocean County Superior Court, while in Lacey Municipal Court, the equivalent is known as a conditional discharge. The terms are similar to PTI. These programs may not be an option for everyone but there are certainly other things that can be done to support your case.

In many cases, the amount over 50 grams is negligible. For this reason, the prosecutors may be agreeable to downgrade the charge from a felony to a disorderly persons offense. Sometimes the downgrade happens at the outset and the case is sent to municipal court. In others, the case can be resolved via disorderly persons offense in the Superior Court. Or, perhaps the search was unlawful, in which case the marijuana retrieved may not be usable during your prosecution. This can often lead to the charges being dismissed. You can also be placed on probation instead of going to jail in many situations. Depending on the circumstances, you can be placed on regular probation or a more intense form of supervision known as drug court probation. These are just a few of the many things to consider when handling Lacey marijuana charges.

Call a Forked River Marijuana Lawyer to Discuss Your Case

Despite how bleak things may seem, you have the right to present the most effective defense against marijuana charges and there is no “one way” to deal with your case. If you have been charged with marijuana in Lacey New Jersey, our attorneys have familiarity with these courts, policies, and the law. We know that each case is particular to the facts and the person accused. As such, our lawyers will discuss strategies and options with you during a free consultation and after reviewing the state’s evidence. To begin your conversation, contact our Lacey Marijuana Attorneys at (848) 238-2100 today.