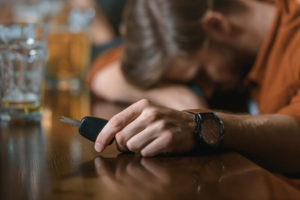 Beach Haven, located in Ocean County is a common summer vacation destination for generations of families. This town and Long Beach Island as a whole, can be a quiet locale for families to get together, enjoy the sun, and relish each other’s company. Beach Haven falls somewhere in between more lively ocean-side towns frequented by 20-somethings, and the quieter dry towns located a bit to the south. Consistent with the rest of the Jersey Shore area, law enforcement officers seek to protect the safety of the town by enforcing all laws, including those threatening the safety of others. One such motor vehicle offense that jeopardizes the feel-good family vibe in Beach Haven is driving while intoxicated or driving impaired by a controlled substance, both of which contradict the state’s primary driving under the influence law, N.J.S.A. 39:4-50. Anyone accused of DUI in Beach Haven and throughout New Jersey will be pulled over, questioned, and administered DWI testing. If you refuse to provide a breath sample, your blood alcohol level exceeds the threshold for intoxication, or you test positive for another substance, you can expect to be charged with a DWI/DUI.

When facing drunk or drugged driving charges, you will be summoned to attend Beach Haven Municipal Court where you face certain serious consequences. Attorneys with significant knowledge about DUI law, and experience defending clients in Beach Haven, can help you or a loved one get through the process ahead and reach the most favorable resolution. Sometimes, a DWI case can be defended against through the use of an expert, a relevant challenge of the evidence, or by knowing the most current case law on the topic and how prosecutors tackle proving these cases. What you choose to do after being arrested for DWI can have lasting effects, so choosing the right lawyer to assist you is crucial. Contact our Ocean County law firm at (848) 238-2100 to speak with a seasoned Beach Haven DWI attorney who can assist with answering your questions and addressing your concerns. Free consultations are available immediately and around the clock to best serve your needs.

It makes no difference whether you were driving along Route 72 entering LBI, Bay Avenue, the backstreets or along Long Beach Boulevard, as you will be pulled over and arrested for DWI if suspected of drunk driving. New Jersey follows the majority of the states in which it is an offense to operate a vehicle while having a blood alcohol content of .08% or above or operating a vehicle while under the influence of any substance. The consequences of driving while intoxicated vary and are largely dependent on two factors: the percentage of alcohol in your system, as well as the number of DUI offenses for which you have been convicted previously. One thing that does make a difference is whether you refuse to take a breathalyzer or submit to testing. Often, we encounter clients who believe that refusing to take a breathalyzer is better than taking the test itself. The problem with this line of thinking is that it is incorrectly based on a lack of understanding of how DUI offenses work and are prosecuted in this state.

If you or anyone is driving in New Jersey, you indirectly submit to the provisions of the motor vehicle code. Therefore, you provide implied consent for allowing police to take breath samples. You do not have the right to say no to a breath test if you are driving on the roadways in this state. Refusing only allows you to be charged with two offenses, namely, the DUI itself and refusal. Essentially, refusal is the akin to admitting to the DUI or somehow tacitly acknowledging that you are trying to hide it. On the other hand, providing breath samples and completing field sobriety tests allows for better and more expansive defenses, and puts your attorney in a stronger legal position to argue the case.

What Defenses can be used in a Beach Haven DWI Case?

Defenses that are used to successfully win DWI cases include: faulty operation of the breathalyzer machine, a faulty Alcotest machine, or issues with the solutions in the machine itself. Frequently, trained and skilled DWI defense lawyers find mistakes made in the arrest, errors in the administration of field sobriety tests, or faulty results caused by issues with the breath testing devices. Without the arrestee submitting to any tests, it is difficult to challenge the readings and results in court. The Beach Haven Municipal Court Judge will be left to decide whether you knowingly refused to submit to taking DUI tests. After taking the breathalyzer, the judge will have to make certain findings as to your breath samples, which may be called into question for various reasons. The same goes for field sobriety tests, which is why you want an attorney who knows how these tests are supposed to be done and how it can be used to your benefit when they are not done properly. You can read about William A. Proetta, one of our founding attorneys who is actually certified in proper administration and evaluation of standardized field sobriety tests, by visiting his profile.

Prior DUI Convictions Count Against You in Beach Haven Court

Every DUI you have ever been found guilty of or have pleaded guilty to counts against you, regardless of where the DUI actually took place. In other words, if you were on your honeymoon in Hawaii or were headed back from Pennsylvania and were caught driving drunk on your motorcycle, any conviction that arises will in fact matter for a subsequent DWI in New Jersey. The danger of multiple convictions is that the court must sentence you to more extreme punishment if you have a prior DWI conviction. For instance, you face mandatory 180 days in jail for a third or subsequent offense. There is one exception, commonly referred to as the 10 year step-down provision. A “step down” is a sentencing exception allowing the court to treat your DUI as a first offense if at least ten years have gone by between your second and first offenses, or as a second offense if a decade has passed between your third and second offenses. The step down provides a massive break or benefit to the accused in such a case.

All offenders who are convicted of a third DWI charge in New Jersey must go to jail for 6 months. The only caveat is that 90 days may be served in an IDRC-approved drug or alcohol inpatient facility. Such treatment centers are hard to find and can be cost-prohibitive for many. Even if you are lucky enough to serve part of your sentence for a 3rd DWI in such a facility, you will be required to serve the remaining 90 days in the county jail. However, those entitled to the step down can be sentenced as a lesser repeat offender. In other words, a third offense would be treated like a second, and a second offense would be treated as a first. Clearly, anyone entitled to a step down should take advantage of the option, as the benefits outweigh any risk of jail.

Arrested for DWI in Beach Haven, What are the Punishments?

First offenders having a blood alcohol between .08% and .15% do not require jail time or even long term license suspensions. Specifically, there will be little to no suspension and the requirement is that your license be suspended until you install an ignition interlock device on your car. The installation will remain on the car for 3 to 12 months depending on the BAC. Any drivers registering a BAC over .15% or those accused of DUI involving drugs will suffer a period of suspension. If you have a second offense within a ten-year period, you will be sentenced as a second offender. For a second offense DUI, the suspension period is 1-2 years and the interlock must be installed for 2-4 years. The permissible jail time increases from 0-30 days (first offense) to up to 90 days as well as 30 days of community service.

Making matters more difficult is the fact that the court has no choice but to assess fines and insurance surcharges. The assessments must be paid and the state compounds the interest on any amounts owed over time. Essentially, every DUI has certain fines and penalties but the amounts can change based on the number of prior DUI convictions. All DWI charges require that you pay for the cost of installation and lease of the interlock device. Additionally, you are required to pay for the cost of the IDRC program (court-ordered class) and any follow up care. On top of that, fees amounting to over $400 apply. This is in addition to the fines, which are based on your BAC and number of offenses. The fines are $250-$500 for a first offense, $500-$1000 for a second offense, and $1000 for third or subsequent offenses. The fines fall outside of the mandatory yearly insurance charges assessed at a rate of $1000 per year for a first or second offense and up to $1500 (third offense) per year for three years.

Find out Ways to Defend Your Beach Haven DWI Charge

Each case has its own facts and legal issues. Our attorneys cannot say for certain what will happen with your case without knowing your unique circumstances. However, we can tell you that we have had very positive and high-quality outcomes in other DWI & DUI cases. For an expense-free consultation and to talk through what happened with your case in Beach Haven or anywhere else in the Ocean County area, call (848) 238-2100.