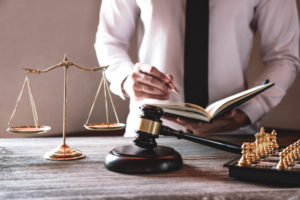 Ocean Township is a small jersey shore town with a permanent population of approximately 8,500.  This small number of residents undoubtedly balloons in the summer when sun-seekers, vacationers, and city dwellers flock to the beach for respite and relaxation. With the influx of people during the summer months, police in Ocean Township are on high alert and do everything in their power to maintain order in the town.  As such, anyone accused of creating a disturbance, displaying improper behavior, engaging in a fight, or using offensive language, may be charged with disorderly conduct under N.J.S.A. 2C:33-2. If you find yourself facing disorderly conduct charges, the offense will require that you return to the town to attend Ocean Township Municipal Court and answer to this petty disorderly persons offense. As with all criminal offenses in New Jersey, you face penalties for a disorderly conduct offense if you are found guilty. To speak with an experienced Ocean Township disorderly conduct attorney regarding your unique case and learn more about your legal options for a successful defense, contact our local office at (848) 238-2100 today. A lawyer on our team is available right away to assist you in a free consultation.

Disorderly conduct is essentially anything that disrupts the peace and enjoyment of anyone else in a public setting. The statute is divided into two distinct parts, one of which addresses offensive language, while the other involves improper behavior.

To be charged with disorderly conduct for offensive language, the state must prove that you used obscene or otherwise derogatory language, while in public, knowing that another person would or could be offended.  Specifically, if you are in a public place and you intentionally or recklessly offend another by using coarse or abusive language, you can be charged.

For instance, let’s say a person went to a local bar, had a few too many drinks, and started yelling obscenities at the bartender for cutting them off. The bartender asks them to leave and they not-so-politely refuse, slamming their drink down while using a few choice words. As a result, the manager calls the police.  The cops arrive and tell the person to leave; they again begin yelling. In doing so, did they commit disorderly conduct? In cursing and screaming, the disturbance that they caused could have impacted others and thus, it they may be charged with a disorderly conduct offense.

In some cases, the alleged disorderly conduct that occurred was more serious than yelling obscenities. Depending on the scenario, you may be charged with disorderly conduct for improper behavior. Basically, you can be found guilty of this offense if you purposely cause “public inconvenience, annoyance or alarm” or are reckless and create the risk of causing such harm by taking part in violent or threatening conduct, or engage in fighting or other riotous behavior.

This often happens if someone has been drinking and runs into the street, causing traffic to come to a screeching halt. He or she may be charged with disorderly conduct for this behavior because, under subsection (2) of the statute, they created a dangerous situation for no legitimate reason. Essentially, creating a hazardous situation without any legitimate purpose may give rise to a disorderly conduct charge.

Once charged with a disorderly conduct offense in Ocean Township, you will receive a summons to appear in Ocean Township Municipal Court, located at 50 Railroad Avenue in Waretown. Disorderly conduct is the lowest type of criminal offense that a person can be charged with in New Jersey, known as a petty disorderly persons offense. When facing these criminal charges, you have the right to have an attorney present at each court proceeding. The number of court dates you must attend varies from case to case. For example, some people need only attend once and the case will be over, while others may need to come back two, three, and even four or more times before bringing the case to finality.

In some cases, the prosecutor may be willing to agree to a deal that allows you to plead to a non-criminal offense, such as a municipal ordinance. Town ordinances are not considered offenses in the criminal context. Instead, they are rules that a town enacts to ensure order or the well-being of the town. Violating an ordinance such as a noise ordinance often resolves by way of a fine, with nothing more substantial than that. This also allows the defendant to keep their criminal record clean.

If a disorderly conduct case cannot be beaten based on the facts or otherwise resolved, the potential consequences for a petty disorderly offense of disorderly conduct, designated as improper behavior or offensive language, are the same. Specifically, the maximum consequences if you are found guilty of disorderly conduct in Ocean Township Municipal Court include: 30 days in jail, probation, up to $500 fines, $125 in fines and additionally court costs and fees, notation on your record that you committed such an offense, restitution, and an order that you obtain counseling or substance abuse treatment.

It is unfortunate that even $50 in drinks and a drunken evening can cost you 30 days in jail and lasting consequences. Thankfully, you have the right to a solid defense and our Ocean Township criminal lawyers have experience defending disorderly conduct cases in Municipal Court. We know the court, the players, and what the state is required to prove to convict you, and we can help use this to your advantage. Contact us today at (848) 238-2100 to discuss your case and our representation. Consultations are free and available 24/7 to serve your needs.