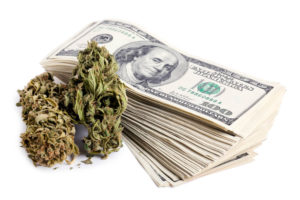 Have you been charged with possession or distribution of marijuana in Manchester, NJ? If you work at Lakehurst Maxfield Field (McGuire/Fort Dix) base or anywhere else, your job could be compromised by a conviction for a marijuana-related offense. Marijuana charges and convictions will be reflected on your criminal history. Even if you have simply been arrested for marijuana in Manchester Township, the charge will show up as “pending” on a background check and will eventually reflect a conviction if you plead to or are found guilty. Whether you have special security clearance or a job in which you are entrusted with the care of others, your employment and educational opportunities can be jeopardized by charges for possession of marijuana, possession with intent to distribute, or distribution. Read on to know what you are facing if arrested for a marijuana offense. Also, please contact our experienced Manchester NJ marijuana lawyers if you are in need of legal counsel for a marijuana case. We have offices in the area and have been handling cases like yours on behalf of clients in Manchester Municipal Court and Ocean County Superior Court for years. Call (848) 238-2100 or send us a message for a free consultation about marijuana charges arising in the Township of Manchester or elsewhere at the Jersey Shore.

Possession of Marijuana in Manchester NJ

Possession of marijuana is a crime under N.J.S.A. 2C:35-10 and under this section, it is either a disorderly persons offense (misdemeanor) or an indictable offense (felony). A bowl, small amount in a bong, or anything amounting to less than 50 grams of marijuana will be charged as a disorderly persons offense. Unless you have been accused of other indictable offenses charged together with the marijuana, your case will be sent to Manchester Municipal Court. Hiring an attorney who can investigate the prosecutor’s available information in the form of police reports and other evidence against you can take the burden off of you and allow you to place your trust in a knowledgeable legal professional who knows how best to defend against your marijuana charges. Taking a plea or trying to defend yourself in court can result in a sentencing disaster. After all, a conviction for a municipal marijuana offense has the potential to result in 6 months in jail, $1,000 in fines, a $500 mandatory drug penalty, a loss of license for 6 months to 2 years, and a criminal conviction on your record. Fortunately, there are countless scenarios and positive outcomes to avoid any and all of these repercussions, whether through conditional discharge or other means.

If you possess more than 50 grams but less than one-half ounce of marijuana, you may be charged with the indictable crime of CDS possession in the fourth degree. Moreover, if the police believe that you are a dealer or intend to distribute marijuana, they can charge you with possession with intent, which entails enhanced penalties in many cases.

In some circumstances, you may be charged with possession with intent to distribute if you are found to be in possession of less than one-half ounce of marijuana and other evidence suggests that you intend to dispense the substance. For example, if the police stop your car and find weed, a scale, several small baggies with even trace amounts of marijuana contained inside, and a wad of cash, they will likely charge you with possession with intent to distribute under N.J.S.A. 2C:35-5.
If convicted of a fourth degree crime, a prison sentence of 12-18 months can be imposed, as can 364 days in the county jail, 5 years probation, $25,000 in fines, a $750 drug crime fee, licenses suspension, and collection of your DNA to identify you in New Jersey’s criminal database as a convicted felon.

If you are among those arrested for possessing marijuana that weighs more than one-half ounce, the degree of the crime will increase and so too will the potential penalties. The most serious and potentially devastating crime for which a person can be charged in this state is classified as a first degree. For marijuana, first degree charges are rarely filed because the weight of the marijuana needed to sustain a conviction is 25 pounds or more, or 50 or more plants. For possessing that much marijuana with intent to distribute, you face prison for 10 to 20 years and as much as $300,000 in fines.

If you have less than 25 pounds but more than 5 pounds of marijuana, or 10 to 49 plants, you will be charged with a second degree crime. For this crime, your sentence, while still substantial, is 5 to 10 years in prison and up to $150,000 in fines. Moreover, a third degree crime opens up the possibility of avoiding prison altogether if convicted as a first-time offender. In the unlucky event that you are convicted, the judge has the discretion to send you to jail for 3-5 years. Nevertheless, there are many alternatives to this potential result, including Pre-Trial Intervention, probation, and more. PTI offers those eligible a mechanism through which to maintain a clean criminal record by completing program requirements during a limited term of one to three years. Even repeat drug offenders can often use Drug Court to resolve their cases and qualify for an immediate expungement once the program has been successfully completed.

As painful as it is to think about the potential consequences for marijuana charges in Manchester, New Jersey, you must do so when formulating a plan for your future. If you have been charged with possession, distribution, or intent to distribute marijuana, our local defense firm can help you assess your top options, assist you with applying for diversionary programs like Drug Court or PTI, call the state to account on invalid evidence and procedural violations of your rights, and just hold you up when you feel like things are falling apart. Contact us at (848) 238-2100 today to discuss your case with a knowledgeable Manchester marijuana lawyer on our team.