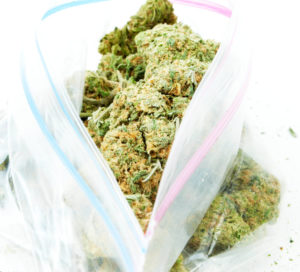 Jackson Township is a popular town along the Jersey Shore. You may be familiar with Jackson because you are a resident or because you have been to the beach or to Great Adventure. Perhaps you have been forced to become more acquainted with Jackson after being arrested for marijuana in the township. If this applies to you because you have been charged with a crime or disorderly persons offense for possession, distribution, or manufacturing marijuana in Jackson, New Jersey, there are things that you should know. To discuss your case with an experienced Jackson Marijuana Lawyer who can provide personalized guidance and assistance with your case, simply call (848) 238-2100 or contact us online today. Our local defense attorneys are available to provide you with a consultation free of charge.

Recreational marijuana is not legal in any part of the State of New Jersey. Despite some confusion among residents and visitors who may think that marijuana has been legalized, it has not and is not legal to possess marijuana in NJ. In fact, Jackson strongly opposed legalization in the town and continues to arrest anyone who possesses, distributes, grows, or possesses this controlled dangerous substance (CDS) with intent to distribute.

When Governor Murphy took office, there was some discussion about the legalization of marijuana in New Jersey for recreational purposes. In anticipation of the legalization, Jackson took measures to stop legalization in the town. A councilman even went so far as to request that an ordinance be enacted to prohibit dispensaries from setting up shop in Jackson Township. In Jackson and throughout Ocean County, if you are arrested with marijuana in any form without a medical marijuana prescription, you may be charged with a serious criminal offense.

Possession of Marijuana in Jackson NJ

In its most basic form, a complaint for possession of less than 50 grams of marijuana will result in the filing charges for a disorderly persons offense. Let’s say you and your friends head to Great Adventure. Just as you near the park, you get pulled over and the car is searched, whereupon police find a marijuana joint or a small amount of weed stashed in the center console. This little bit of weed can cost you $500 in a Drug Penalty, up to $1,000 in fines, up to 180 days in the jail, loss of your driver’s license for anywhere from 6 months to 2 years, and a court case in Jackson Township Municipal Court located at 102 Jackson Drive.

If the police finds more than 50 grams of marijuana, you can be charged with a fourth degree indictable crime for possession. A fourth degree felony crime for marijuana possession will be heard in Ocean County Superior Court located at 120 Hooper Avenue in Toms River. If you have the misfortune of having greater than 50 grams of weed on you at the time of your arrest, you face state prison time. For possessing over 50 grams of marijuana, you specifically face incarceration for up to 18 months, a criminal record, and a maximum of $25,000 in fines. Obviously, the penalties if convicted are not minor.

Marijuana charges are punished severely in Ocean County, and this is even more true with first, second, and third degree crimes. If police in Jackson have identified you as a suspected marijuana distributor, things can quickly escalate from bad to worse. When you are found with more marijuana than is consistent with personal use, and/or you have scales, baggies, and other types of paraphernalia or packing materials, police may not only arrest you for possession with intent to distribute, but they may obtain a search warrant to search your house.

When police execute a search warrant at a suspected marijuana dealer’s home in Jackson Township, and they find plants, baggies, shipping containers, THC oil, or large amounts of cash with any of these items, the person may face charges for possession with intent to distribute marijuana and maintaining a controlled dangerous substance (CDS) production facility. This is more common than you may otherwise think.

Marijuana punishments worsen as the amount increases and possession crosses the line into the realm of distribution or manufacturing. Specifically, the crimes and potential sentences are:

Maintaining or Operating a Marijuana Production Facility in Jackson

As mentioned, in cases involving a large number of marijuana plants, the defendant may also be charged with maintaining a CDS production facility. Anyone who has more than 10 plants or greater than 5 pounds of marijuana may be charged with this offense. The difficulty with this charge is that not only is it a first degree crime, but it carries a minimum time in prison that must be served before you are eligible for parole. In fact, for those convicted, the court requires you to serve at least one-third to one-half of the sentenced imposed, whichever is longer.

If you are facing charges for marijuana in Jackson, New Jersey, there are things that can be done to fight your case. In some cases, our attorneys can challenge the sufficiency of the evidence or test the credibility of witnesses called by the prosecution. In others, we assist clients with taking advantage of programs like Pre-Trial Intervention (PTI) or Conditional Discharge. Still more, we have the experience to better your position in the negotiation process. Whatever challenges you may face in connection with a marijuana case in Jackson, we can assist you. Contact us at (848) 238-2100 for more information and a free consultation.