Charged with 2c:33-2 in Barnegat Township 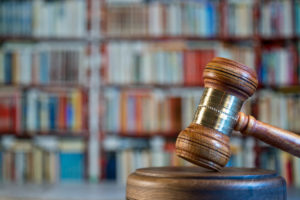 Most young adults heading to Barnegat during the warmer months aren’t looking for a leisurely stroll around town or along the boardwalk. Despite what others have told you, visitors to Barnegat may not be looking for the antiques, gift shops, museums, or restaurants. Instead, they are looking for a good time, which sometimes involves getting drunk, letting loose, and burning the midnight oil. But when does a fun time go from love and laughter to handcuffs and a summons for a petty disorderly persons offense of disorderly conduct? The fact is that in Barnegat Township and similar shore towns, the line between fun and disorderly conduct can be blurred. What is clear is that once charged with a disorderly conduct offense, you need to seek the advice of an attorney. There can be unexpected consequences that the average person is not prepared to handle in a disorderly conduct case, not the least of which is a criminal conviction.

With offices located nearby, our local criminal lawyers frequently appear with clients in Barnegat Municipal Court and we can help you successfully deal with the disorderly conduct charges against you. If retained, we will advise the court in writing that we represent you, at which time we will request a copy of the discovery. The complaint and the discovery will set forth what the allegations are and who the witnesses are to your alleged conduct. Upon a thorough review of the evidence, our attorneys will attempt to have the charges dismissed, negotiated down, or we will be prepared to try the case. If the case is dismissed, your fingerprints and records of arrest can be immediately expunged. On the other hand, if you plead to the offense or are found guilty, the charges can be expunged in 5 years, in addition to carrying up to 30 days in Ocean County Jail. Clearly, the best thing that can happen is a dismissal or a plea to something less, such as a violation of a town ordinance. Call us today at (848) 238-2100 to discuss your options free of charge.

In order to be charged with disorderly conduct, the police must allege that you committed certain acts in public that violated the law. To charge the offense, under N.J.S.A 2C: 33-2, the police must allege that you displayed “Improper Behavior” under subsection (a) by participating in a fight, or other troublesome or disturbing behavior with the purpose to cause an inconvenience. You may also be charged under this section if your behavior caused a dangerous or “hazardous” situation without any purpose. Examples under this section can encompass behaviors such as: bar fights, pushing, punching, running into the street or stopping or impeding traffic, public drunkenness, refusing to leave an establishment and becoming combative, causing a scene such as screaming at someone, unwanted wandering or loitering, and urinating in public.

You may also be charged with the offense of disorderly conduct under subsection (b) if you are un public and use offensive or loud language without regard for others who may be offended. Examples of such conduct include cursing, yelling/screaming without any purpose, heckling a bartender or any other person without any reason, and using abusive language that would offend an average person.

The above explanation may appear to be broad and you may be left asking yourself is there anything that isn’t considered disorderly conduct in some manner. The fact is that most towns are just looking to keep the chaos at a minimum and they need some threat of an offense to do that. Disorderly conduct allows for the police to charge you if you are disturbing the public’s peace in some way.

What is the sentence for disorderly conduct in Barnegat NJ?

Disorderly conduct is a petty disorderly persons offense. The offense is not a felony, otherwise known as an indictable offense, but is considered a form of a criminal offense under the law. This offense will show up on your criminal record and you may find yourself having to explain the circumstances to future employers. Worse than having the offense on your record is the punishment that you may receive for a conviction. For instance, for disorderly conduct, you can go to jail for as much as 30 days. The court can also issue a fine of $500, a term of probation, and $125 in mandatory fines, court costs, assessments, and imposition of conditions of probation.

Charged with disorderly conduct in Barnegat Township, where do I go to court?

If charged with violating N.J.S.A 2C: 33-2, the officer will provide you with a notice for Barnegat Township Municipal Court to address the accusations. You can find the court at 900 West Bay Avenue, Barnegat, NJ 08005.

There are many options that defendants have in resolving disorderly conduct cases. The Barnegat criminal attorneys at our office can provide the necessary information for you when charged with a disorderly conduct offense. We can also help to ensure that you are making an educated decision about your case and receiving the best defense possible. You can reach us now at (848) 238-2100 for a free consultation.