The age of consent and the alleged victim’s ability to consent to sexual activity is highly important in sex crimes cases in New Jersey. 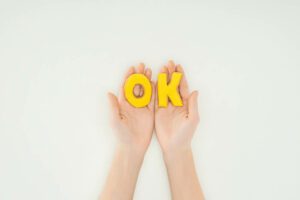 From state to state, legislatures punish sex crimes by different sets of criteria. For instance, the heart of most sex crimes is consent, but states differ on when it is valid. Consent is typically a defense to sexual assault, aggravated sexual assault, criminal sexual contact, and other sex offenses where one person violates another with unwanted sexual displays, illegal touching, self-gratification, or penetration. By law in New Jersey, consensual sexual intercourse between two people capable of understanding the nature of what they engage in is not a crime. It is only a crime when one party cannot consent to the sexual acts in which they engage. Age and mental capacity typically determine whether someone can give consent, but intoxicated victims are considered incapable of providing consent either. Forcing or deceiving someone to consent is also not consent, as per N.J.S.A. 2C:2-10. And each state decides when one can legally give their consent to sexual activity.

How Old does Someone Have to be to Give Consent to Sexual Activity in New Jersey?

In New Jersey, a 16-year-old can consent to sexual activity. Thus, a 16-year-old can have consensual sex with someone their age or older, including an adult. However, a 13-year-old can also consent to sexual activity with a 17-year-old but no older. This exception to statutory rape, known as the Romeo and Juliet law, permits two teenagers, 13 years and older and close in age, to legally consent to sex with one another. As a result, both escape the penalty for statutory rape. The intent behind legislating the sexual activity of minors is to ensure there is no undue influence of an adult over a child. Therefore, the legislature exempted certain dating teenagers from legal consent requirements. However, a minor younger than 16 cannot consent to sex with an adult or anyone more than four years older than they are without serious consequences for the adult.

By law, a 15-year-old cannot consent to sex with an older adult. The thought behind the prohibition is that a much older adult may unduly influence a young minor. The law considers a minor younger than 16 incapable of knowing the harm that sexual behavior may inflict on them, including emotional, physical, and psychological damage. And despite the absence of violence or the willingness of the 15-year-old to participate, the offender is guilty of statutory rape. Even if the minor misrepresented their age, the adult offender is guilty of a crime known as sexual assault. If convicted, the person is likely to serve time in prison and be required to register as a sex offender.

New Jersey law also prohibits sexual relations between minors 16 or older and any adult in an influential, supervisory relationship with the minor, such as a teacher, coach, guardian, foster parent, or relative.

As such, if a school counselor has sex with a 17-year-old, they are looking at a possible ten-year prison sentence for sexual assault. Moreover, if they penetrated a minor between the ages of 13 and 16, they could spend up to twenty years in prison. It is also a second degree crime or third degree crime, at minimum, to endanger the welfare of a child. Anyone entrusted with the care of a child who engages in sexual conduct with that child may be charged with child endangerment in addition to sexual assault or aggravated sexual assault. Whether they engage in sexual touching, acts of self-gratification, sexual intercourse in front of a child, or sexual penetration, they may be found guilty of child endangerment (N.J.S.A. 2C:24-4). It is also possible to be charged with offenses like criminal sexual contact or lewdness depending on the specific acts.

Sexual assault is not limited to those in supervisory and influential positions.

That means a convicted sex offender subject to Megan’s Law must register with the state, whether for aggravated criminal sexual contact, sexual assault, aggravated sexual assault, endangering the welfare of a child through sexual activity, or another sex-related crime. The sex offender registration process requires disclosure of personal identifying information such as the individual’s location, crime, vehicle, vehicle registration, photo, and other identifying information. In addition, a person required to register must continually make the state aware of their residence if they move. More burdensome, a sex crime conviction often precludes job and housing opportunities. Career choices are also narrower, as some professions prohibit those convicted of sexual crimes from becoming licensed, certified, or employed in such a capacity. Here is more information about What a Criminal Conviction can do to your Job Status in NJ.

Facing Charges for Sex without Consent in Ocean County, NJ

If the state charges you with a sex crime, whether it be a fourth or first degree crime or somewhere in between, you want to do all in your power not to be convicted. Hiring a top-notch criminal defense attorney experienced in sex crime defense is the first step in possibly avoiding conviction. Get in contact with our defense team as soon as possible if you have been accused of any type of sexual offense without consent in Ocean County. If there is reason to dismiss the charges against you, then our attorneys can bring those facts to the fore. Even if dismissal is not possible or charges haven’t been filed yet, we can serve you in so many other ways, from the initial investigation for a sex crime, to cross-examining the alleged victim or other witnesses at trial. The prosecutor must prove that you committed acts that, in most cases, only the parties have directly witnessed. Then, they must convince a jury that you are guilty of the charges beyond a reasonable doubt.

Our experienced sex crimes defense attorneys know how to create doubt and we have the diligence to investigate your case and all of the evidence to find the defense approach that suits the facts and circumstances. Since the consequences of a sex crime conviction may be lifelong, you want to find skilled legal representation. Contact our office in Point Pleasant for a free consultation today: (848) 238-2100.