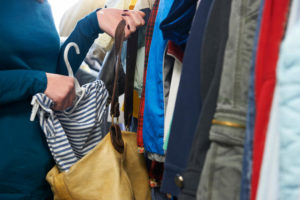 The Township of Ocean, also referred to as Waretown, is a quaint beach town located near Barnegat Township in Ocean County. While there, you may need to grab food at ShopRite for your vacationing family, while others might be helping themselves to wares offered for sale at stores along route 9. No matter where you are or what you are shopping for, one thing is certain, if you are caught shoplifting in Ocean Township, you will face vigorous prosecution. If you are accused of shoplifting merchandise worth more than $200, you will be headed to Ocean County Superior Court to face charges for an indictable crime. If the items were valued at less than $200, you will be given a summons for Ocean Township Municipal Court for a shoplifting disorderly persons offense. Either way, a conviction can cost you your freedom, financial losses, and leave a blemish on your permanent record.

The bottom line in shoplifting is that the state must show that you purposely or knowingly took items or attempted to take items offered for sale and intended to keep the merchandise without paying the full value. In some cases, people leave the store, while in others they don’t, and still others, they never take anything at all and it was their friend or cohort that helped themselves to the stolen merchandise. Regardless of the fact pattern involved in your case, an experienced Ocean Township Shoplifting Lawyer can and should be on your side, poking holes in the state’s case and seeking the best possible outcome. To discuss your Ocean NJ shoplifting charges with an attorney who can further examine and ascertain the defense that best serves your needs, contact our local office at (848) 238-2100 today. We are always available to provide you with a free consultation.

Shoplifting is permanently depriving or attempting to deprive a store of items offered for sale without paying full value for them. To be convicted of shoplifting, the state must prove that you:

Many people charged with shoplifting deny that they ever took anything from the store. Sometimes, this is because they never actually left the store or it may be because they accidentally left the building without realizing that it happened. If accused of shoplifting in Ocean Township, whether by a store employee, security officer, or the police, you do not have to admit anything. In fact, you have nothing to prove and you have the absolute right to remain silent. The person obligated to prove something is the state. They must prove that you are guilty of shoplifting. The state is the only one with the burden to prove their case beyond a reasonable doubt, not you. Sometimes the prosecutor’s burden of proof is relatively easy to meet, as they have direct evidence of the shoplifting offense, such as a store surveillance video. Other times, the evidence is thin and the prosecutor may solely rely on circumstantial evidence to prove your guilt.

One way that the state can prove or attempt to prove that you intended to shoplift is through direct evidence. Direct evidence is evidence that clearly ties you to the crime. For example, if it’s a drug possession case, maybe the drugs were found in the pocket of your jeans, and you admitted on a recording that you possessed the drugs. In a shoplifting case, it may be something similar. For example, in most stores like Walmart, Target, ShopRite, CVS, etc., they have video surveillance systems and loss prevention specialists watching you throughout the store. The cameras pick up nearly everything and the folks in loss prevention explain to the investigating officers how you shoplifted. They provide the video proof to the police and the courts when seeking to have you convicted of stealing from their establishment. In many cases, the video shows the person shopping around, looking at items, picking them up and then putting them down, looking around again, and then eventually putting them in a container, under their clothes, in a baby carriage, or just simply leaving the store without paying. This video proof is direct evidence and so is being caught red-handed with the items that were not paid for.

On the other hand, something less than direct is circumstantial evidence of shoplifting. This type of evidence is not as clear as video proof of stolen items but can provide some foundation for the allegations. For instance, if the video shows that you checked out, paid for grocery items worth $10 and left the store without paying for the $400 TV in your cart, you may be hard-pressed to claim it was a mistake. Walking out knowing that you paid $10 instead of $410 is circumstantial proof of guilt. No matter what the discovery includes, the prosecutor still has to demonstrate that you intentionally committed a form of shoplifting offense.

If it is alleged that you stole more than $200 worth of goods, you will be charged with an indictable felony shoplifting crime. These offenses are charged as second, third, or fourth degree crimes, each of which entails distinct consequences. Second degree shoplifting occurs with items worth $75,000 or more and, if convicted, you face 5-10 years in jail. If, however, the amount is less than $75,000 but more than $500, a third degree crime will apply. For this level of felony, you can still be sentenced to prison for 3-5 years. The lowest level felony is a fourth degree crime for shoplifting. This degree of offense is charged when you are accused of taking $200-$499 worth of goods from a retail establishment. For this seemingly minor crime, you may be sentenced to imprisonment for as much as 18 months.

Non-felony cases, known as disorderly persons offenses, occur when someone shoplifts merchandise valued at less than $200. This type of shoplifting still warrants up to 6 months in the Ocean County Jail, fines not to exceed $1,000, court costs and fees, restitution payments to the store, and probation.

All indictable shoplifting cases are adjudicated in the Ocean County Superior Court, handled by the Ocean County Prosecutor’s Office, and trials are decided by a jury of your peers. On the lower end of the spectrum, disorderly persons offenses for shoplifting are heard and decided by the municipal court judge in Ocean Township Municipal Court. If your case is scheduled to begin at either court, you are strongly urged to seek counsel from an attorney who is familiar with the process in these courts and well-versed in criminal defense for shoplifting charges. Our team has the knowledge and background to assist you now.

There are countless possibilities with regard to punishments and resolutions in an Ocean Township shoplifting case. We can help you see your options clearly and deftly pursue the top one, as we have been defending clients facing shoplifting charges for the entirety of our careers. Contact our office at (848) 238-2100 for a free consultation with an attorney who can personally advise you.