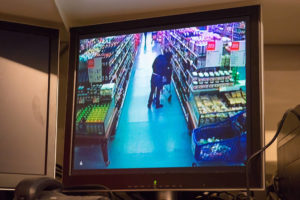 Jackson Township, New Jersey, is comprised of 60,000 residents and 100 square miles, and known as the “gateway to the Jersey Shore.” The town has something for everyone, whether you are just passing through or planning to stay for a while. For many visitors, the Premium Outlets, big box stores, grocery stores, and the Dollar Store are often stopping points along the way to their destination. Often, residents and passersby wind up with more than they bargained for when they end up arrested for shoplifting. Because of the residential and economic growth over the last few decades, the Jackson Police Department has armed themselves with 88 full-time officers. These officers are ready, willing, and able to arrest you for shoplifting. Depending on the value of the merchandise involved in your case, you may be charged with a disorderly persons offense, third degree, fourth degree, or second degree crime in the township of Jackson. Under any of these circumstances, a conviction in Jackson Municipal Court or Ocean County Superior Court could expose you to serious penalties. If you have been charged with shoplifting in Jackson, call the experienced defense lawyers at Proetta & Oliver to discuss your case in a free consultation. Our local Jackson NJ shoplifting attorneys are well-versed in the laws and defenses that may be applicable to your case and we are here to help. Simply call (848) 238-2100 or contact us online for your free consultation.

Shoplifting is a crime in New Jersey, codified in section N.J.S.A. 2C: 20-11. According to the law, anyone who steals, conceals, or attempts to remove merchandise from a store without providing the retailer with the full value of the item, can be charged with the offense of shoplifting. Notably, you can be charged with shoplifting for doing it on your own or as part of a conspiracy if joined by others. Another variation of shoplifting is returning stolen items to the stores in exchange for a full cash refund that you are not actually entitled to. Returning items to the store that you did not purchase is considered a form of shoplifting and your chances of being caught are even higher in areas where there is not a high crime rate. This is because, often, the retailers that accept returns without receipts will require your license or some form of identification before giving you cash. Over time, the retailer may catch on to the theft by reviewing camera footage, and checking your ID, to identify and have you arrested for shoplifting.

Charged with Shoplifting in Jackson, What are my Options?

Just as there are mandatory penalties if convicted in certain shoplifting situations, there are programs designed to help you forego a conviction. Both the Municipal and Superior Courts in New Jersey have programs available to first offenders seeking to avoid convictions. In a municipal court shoplifting case, this program is known as conditional dismissal. If you have never been convicted of an offense before, the court may allow you to take advantage of the conditional dismissal program by ordering you into the program and dismissing the charges if certain conditions are met over time. Some conditions may include paying back the store for any loss sustained and refraining from criminal activity.

In the Superior Court, a similar program is available known as Pre-trial Intervention. Pretrial Intervention, referred to as PTI, allows the court to dismiss your shoplifting charges if you satisfy all the conditions within a time frame of 12-36 months. Of course, PTI may not be right for you, and there are other ways that you can successfully defend against the charge of shoplifting. Our attorneys have experience litigating shoplifting matters in Jackson and throughout Ocean County. Let us review the facts of your case and identify potential opportunities that you may have to get the charges dismissed. You can call our office at (848) 238-2100 or send us a message if you would like a free consultation with a knowledgeable Jackson shoplifting defense lawyer today.