In many DWI cases, the best defense argument is to contest the legality of the traffic stop that preceded the drunk driving arrest. 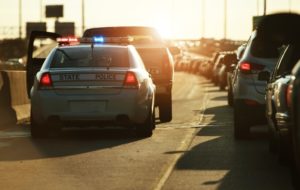 If the police officer did not have a legitimate reason for stopping your car in the first place, then any evidence of your intoxication obtained thereafter could be deemed inadmissible at trial. Without evidence proving that you were driving while intoxicated or driving under the influence, the prosecution may have no choice but to drop the charges against you.

When a challenge is raised to the legality of a traffic stop, two terms are commonly used: “reasonable suspicion” and “probable cause.” What exactly do these terms mean? Basically, reasonable suspicion means that police have good reason to suspect that a crime or traffic offense has been committed, while probable cause means that police have reason to believe that the suspect has most likely committed a crime or a traffic offense. The difference between the two terms is subtle but incredibly salient because police must have reasonable suspicion for a traffic stop, but they need to meet a higher standard of probable cause to actually arrest the defendant for driving while intoxicated.

A police officer must have reasonable suspicion that a driver is committing a traffic violation before the officer can initiate a traffic stop and pull over the vehicle. Under the Fourth Amendment of the U.S. Constitution, police are prohibited from searching a person or their property without a warrant, absent certain exceptions, and this has been interpreted to include detaining someone via a traffic stop. There are exceptions to the warrant requirement, but they typically require the police to have reasonable suspicion of some kind of wrongdoing by the person being stopped. This means that a police officer cannot pull you over while driving simply because they’ve got a feeling that you may be intoxicated. Similarly, police can’t run your license plate number and then pull you over because you have previous DWI convictions on your driving record. Generally, this means that police must actually observe you committing a traffic offense before they can initiate a traffic stop and then look for signs of intoxication.

Some of the possible reasons that motorists get pulled over in New Jersey include the following:

Police Need Probable Cause to Make a DWI Arrest in NJ

Once a police officer meets the burden of reasonable suspicion, the officer can stop the vehicle. But even then, the officer must have probable cause that the driver of the vehicle is intoxicated or impaired before a DWI arrest can be made. Probable cause can be established by the results of a series of field sobriety tests, or it can be established by the officer’s observations of the driver’s physical condition (odor of alcohol on their breath, bloodshot eyes, etc.) or behavior (ie. difficulty answering questions, slurred speech). A combination of these can also be used to justify arresting someone for DUI. Moreover, officers typically use the Alcotest breathalyzer device to assess a person’s blood alcohol concentration (BAC) while driving. Here, it is important to note that if the driver refuses to submit to a breath test, this is and of itself an offense. As such, there is a strong likelihood that it will result in charges for both Driving While Intoxicated and Breath Test Refusal, or DWI refusal at the very least.

How Can You Dispute the Reason for a DWI Stop in New Jersey?

As set forth by N.J.S.A. 39:4-50, New Jersey law makes it illegal for anyone to operate a car, truck, or other motor vehicle with a blood alcohol concentration (BAC) of .08 percent or higher. How do the police establish that a motorist’s BAC is above the legal limit? As mentioned, this is usually done with an Alcotest breath test. The breath test may be accompanied by or substituted with a chemical blood test, field sobriety tests, or simply through the police officer’s observations, depending on the circumstances of the DUI stop and the arrest that followed. But what if police did not have any right to initiate a DWI stop in the first place? Then under the “fruit of the poisonous tree” doctrine, any evidence obtained through a breath test, blood test, field sobriety test, or the officer’s observations would be tainted and therefore could not be used by the prosecution later at trial.

When it comes to challenging the validity of a DWI stop, a knowledgeable DWI defense lawyer can explore all available options to get the evidence in the case tossed out. For example, your lawyer may be able to examine the police dispatch logs and determine that the police officer did not have a reasonable and articulable suspicion for pulling you over in the first place. Or video footage from the patrol vehicle dash camera might make it clear that you did not commit a traffic offense that would have warranted a traffic stop.

So, what can be used by authorities to prove that there was reasonable suspicion for a DWI stop? Most of the time, legal justification for a traffic stop comes from a police officer’s observations that the person charged with DUI was committing a traffic offense. When that traffic offense, such as speeding, reckless driving, etc., provides the officer with reasonable suspicion that the driver is operating the vehicle while intoxicated or under the influence of drugs, the officer can initiate a DUI stop. Importantly, if police had no reason to pull over the defendant in the first place, then any evidence of intoxication that they later obtained would likely be inadmissible and could not be used by the prosecution at trial to prove the defendant’s guilt. This would include the results of any breath tests or blood tests, as well as any evidence of alcohol or drugs found inside the vehicle.

The need for police to have reasonable suspicion for a DWI stop and probable cause for a DWI arrest is not absolute. There are exceptions to probable cause in some drunk driving cases. For example, DWI checkpoints do not require police to have probable cause or reasonable suspicion for pulling you over because anyone who operates a vehicle on a New Jersey roadway automatically consents to DWI checkpoints simply by virtue of driving on New Jersey roads. While this would seem to be a way for law enforcement to get around the reasonable suspicion requirement for making a traffic stop, NJ courts have pretty consistently held that a random traffic stop at a DWI checkpoint is constitutional as long as certain conditions are met, such as the checkpoint being visible to drivers on the road and police only using the traffic stop to look for obvious signs of alcohol intoxication or drug impairment.

A lot of people might be surprised to learn that a parked car is not an exception to the legal requirements for a DWI stop. This is because authorities broadly interpret what it means for someone to operate a motor vehicle under the state’s DWI laws, which explicitly prohibit anyone from operating a motor vehicle while under the influence of alcohol or drugs. In other words, if a person is inside a parked car with the engine running, or even if the car’s engine is not running but the keys are in the ignition, then police may still have probable cause to take a closer look and possibly arrest the person for drunk driving. Remarkably, the same is true if someone is found sleeping in their car, as they can still be placed under arrest and charged with a DWI offense. The bottom line is that a person does not need to actually be driving their car for police to have probable cause for a DWI arrest because the person’s intent to operate the motor vehicle could be enough to trigger a violation of the statute.

If you are facing DWI charges in New Jersey, it is critical that you have an experienced DWI defense attorney handling your case and fighting to protect your rights throughout the legal process. For one thing, the penalties for a drunk driving conviction can be severe, such as fines, an ignition interlock device, suspension of your driver’s license, and jail time, in addition to other collateral consequences. Additionally, prosecutors are not open to plea bargaining in these cases. All of this makes it extremely important for your attorney to raise the strongest possible arguments in your defense. To discuss your DWI charge in Brick, Berkeley Township, Lacey, Barnegat, Toms River, Point Pleasant, Jackson, or another town in Ocean County, contact our local office at (848) 238-2100. Our attorneys are here to provide you with a free consultation and dedicated legal counsel regarding your driving under the influence defense.