Ongoing Debates over Vaping in NJ

Need a Lawyer for Vape with Marijuana or THC Charges in Ocean County? Call now. 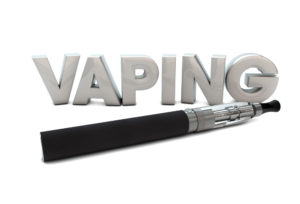 It has been almost impossible to miss the headlines regarding vaping and related illnesses in recent weeks. There have been news reports about vaping-related deaths and diseases occurring in almost every state from summer to fall 2019. According to a recent NBC News report, several hundred people have fallen ill as a result of using e-cigarettes and related products, and the Food and Drug Administration has introduced measures to pull flavored e-cigarettes from the marketplace. The Centers for Disease Control is currently examining over 450 cases of lung disease that may be related to vaping and President Trump has personally reviewed this issue. He reportedly discussed e-cigarette illnesses with the Secretary of Health and Human Services and is committed to reducing the impact of vaping nationwide, particularly as it relates to children. Some cities have even already banned flavored e-cigarettes. So how has the impacted New Jersey? Let’s take a look.

Is Vaping Banned in New Jersey?

As of now, New Jersey has not yet joined the nationwide movement in favor of banning flavored e-cigarettes. That being said, earlier this month Senate President Steve Sweeney has come out in favor of a total ban on all vaping products that deliver tobacco and nicotine. Governor Murphy is reportedly considering the same issue. In light of these news reports, you may have questions about whether vaping and vape products are legal in New Jersey. This article discusses the laws on vaping in New Jersey and explains how vaping, particularly vaping marijuana and THC, may lead to criminal charges.

Although New Jersey has not yet banned its residents from vaping tobacco or nicotine only products, vaping THC or cannabis-related products remains illegal in New Jersey under the state’s existing (and very harsh) controlled dangerous substances laws. This means that if you are vaping THC oil, marijuana wax, or similar chemicals that constitute controlled dangerous substances, you can be arrested for illegal marijuana possession and convicted of a crime. These offenses range from disorderly persons offenses, which involve fines and months of jail time and are similar to misdemeanors in other states, to indictable offenses, which involve tens of thousands of dollars in fines and years of prison time and are similar to felonies in other states.

If you are caught by police with a vape pen that contains marijuana or another cannabis product, you can also be charged with possession of drug paraphernalia, an additional offense that can carry significant fines and jail time. You can even face a specific fourth degree indictable offense under N.J.S.A. 2C:35-5.3 for possessing a vape pen filled with THC oil. Given the severity of these crimes, you should consult an experienced New Jersey criminal defense attorney right away if you are arrested.

Getting Help with Vape Pen Criminal Charges at the Jersey Shore

If you have been charged with a crime related to a vape pen or vaping product in Ocean County, our skilled team will provide vigorous defense and experienced counsel for your case. When your future is at stake, you can depend on our firm to work tirelessly for the best outcome. We are dedicated to defending clients in all Jersey Shore towns, including Toms River, Point Pleasant, Brick, Berkeley Township, Ocean Township, Stafford, and Seaside Heights. We are available 24/7, so contact us online or call (848) 238-2100 for a free consultation.