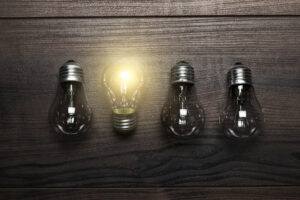 If you’ve been charged with a crime in New Jersey, having a qualified criminal defense lawyer to negotiate a plea deal on your behalf may be your best chance to avoid the most severe penalties and stay out of jail. After all, there is always the very real possibility that you will be convicted at trial. If you are innocent of the charges and the evidence appears to be on your side, getting a criminal defense lawyer involved in your case as soon as possible is a good idea. You’ll need a talented attorney with vast experience in criminal law to prepare your defense and lessen the credibility of the evidence, witnesses, testimony, and version of events in the state’s case against you. However, there is simply no way to guarantee that a judge or jury will find you “not guilty.” Moreover, if you are convicted at trial, your fate will rest in the hands of the judge who hands down the sentence. Depending on the exact charges, you could be looking at serious prison time, especially if your charges have a presumption of incarceration and the judge is typically required by law to sentence you to a minimum mandatory term of imprisonment. The risk of conviction leading to jail time is one reason why plea negotiations in NJ criminal cases are often a good option for defendants.

There is by no means a one-size-fits-all solution for handling any criminal matter, so it’s advisable to have a customized defense approach that best meets your needs and is tailored to the facts and circumstances of your charges. Nevertheless, understanding the elements of plea bargaining and what it has to offer is important when considering all of your options. Here is how plea negotiations work in New Jersey.

If you are seeking legal counsel and guidance on pending criminal charges against you or a loved one, contact our office in Ocean County to discuss your case with one of our experienced criminal defense attorneys in a free consultation. You can reach one of our lawyers day and night by contacting us online or calling (848) 238-2100.

What Are the Advantages of a Plea Bargain?

You might be surprised to learn that the overwhelming majority of NJ criminal cases do not ever reach trial in front of a judge or jury. That’s because most criminal matters are resolved through plea deals during the pre-trial phase. Defendants often accept plea offers because it allows the defendant to plead guilty to lesser-severity or fewer charges and avoid the worst penalties, while authorities tend to prefer plea deals because the prosecutor’s office simply doesn’t have the time and resources to take every case to trial.

Generally, prosecutors have a lot of leeway when it comes to making plea offers. Since a lot of cases are overcharged to begin with, the prosecution may allow the defendant to plead guilty to one charge in exchange for the other charges being dropped. Or, if the defendant faces a single criminal charge, the prosecutor might make an offer that allows a guilty plea on a reduced charge. This could make a huge difference in your case, particularly if you are able to plead guilty to a charge that does not have a presumption of incarceration and a minimum mandatory term of imprisonment.

The result of a plea negotiation and the options on the table are limited somewhat by the court in which your case is being handled, the degree of the charges, and any statutory mandates associated with the particular crimes. For instance, a best-case for a first degree crime subject to the No Early Release Act, where you are originally looking at 10 to 20 years in prison with 85% that must be served before parolee eligibility, is far different from a potential plea agreement for a disorderly persons offense in municipal court where the maximum is 6 months in the county jail. In the base-case scenario in a Municipal Court case, you might be able to plead guilty to a municipal ordinance violation or some other non-criminal charge so that you can keep your permanent record clear of a criminal conviction.

Limitations on Plea Bargains and Necessity for Waivers in Specific Cases

Plea bargains are available in most New Jersey criminal matters, including cases involving disorderly persons charges handled at the local Municipal Court level and felony charges handled at the county Superior Court level. Whether you’ve been charged with a drug crime (prescription drug distribution, possession of drug paraphernalia), a violent crime (aggravated assault, simple assault), a threat crime (harassment, terroristic threats), a juvenile crime, or even a traffic ticket, the prosecutor in your case may be willing to make you a plea offer, which opens the door for negotiations, to avoid tying up the criminal justice system with a costly and time-consuming trial.

However, there are statutory limitations on the types of cases where a plea bargain is allowed and how much of a departure from the mandatory sentence can be given. Certain criminal offenses are not eligible for plea deals because the offenses are considered so serious that allowing defendants to plead guilty to reduced charges, or to avoid the most severe punishments, would not be in the public’s best interests. For example, most violent crimes classified as either a first or second degree felony have a presumption of incarceration, which means that the defendant must be sentenced to prison time if they plead guilty to the charges. Although this can be circumvented in some cases, with help from an experienced criminal defense lawyer who has successfully negotiated for waivers, probation, and PTI alternatives.

Some of the specific charges where the prosecutor is often limited in terms of plea bargains include the following:

How a Criminal Lawyer Can Benefit You During Plea Negotiations in Ocean County, NJ

When you accept a plea offer from the prosecution, it is important to understand that you are pleading guilty to the charges against you. This is effectively the same as a conviction, and it could expose you to jail time, as well as a criminal record. You can protect yourself against an outcome that doesn’t serve your best interests by having an experienced attorney handling your plea negotiations for criminal charges. The unfortunate reality is that prosecutors have a huge advantage in plea discussions because they’ve handled hundreds and maybe even thousands of similar cases, and they are unlikely to respect an inexperienced adversary.

By contrast, a criminal defense lawyer who has a solid understanding of the criminal justice system and who is deeply familiar with the tactics used by prosecutors can give you an advantage during plea negotiations. Beyond that, when the prosecution sees that you are represented by an attorney who regularly defends clients in the same courtrooms they do, they may be more willing to offer a favorable plea deal because they’ll know that you are ready to contest the charges at trial, if necessary. An experienced lawyer who knows the rules and top strategies for plea bargains in New Jersey can also emphasize mitigating factors and minimize aggravating factors that must be taken into consideration by the judge when determining whether to approve a plea deal.

Considering all of this, it is clearly in your interests to seek legal guidance and counsel from a knowledgeable criminal defense lawyer if you have been accused of any crime. The attorneys at Proetta & Oliver practice criminal defense, all day everyday, in courts throughout Ocean County and the state of New Jersey. No matter how bad the situation seems now, chances are we have helped someone in a similar predicament, and we are ready to fight for you. Contact our local offices in Point Pleasant if you need a free legal consultation about a criminal case. We can be reached online or by phone at (848) 238-2100 to immediately assist you.