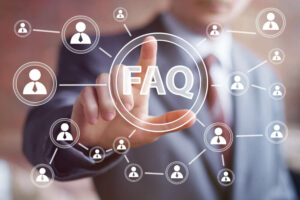 You came to New Jersey, whether for work, to visit family, on vacation, or merely to get to someplace else, but you got arrested. Now, you’re unsure what to do and what you are confronting as an out of state resident charged with a criminal offense or DWI. You and so many people like you face a host of intimidating questions when facing charges in NJ while here from another state. This is particularly common at the Jersey Shore, which includes beachside towns in Monmouth and Ocean County, and the ever-popular Long Beach Island. The questions on your mind after you have been arrested, whether it be for drunk driving, shoplifting, simple assault, disorderly conduct, resisting arrest, weapons possession, or another offense, are probably nagging at you now. As experienced criminal defense lawyers, our team frequently handles cases defending clients from across the country who wind up charged in Ocean County and elsewhere in New Jersey. You may not know who to turn to at this difficult time, but we can help. Below we answer some of the most common questions that we receive from clients arrested from other states. If you would like to talk directly with a criminal attorney who can advise and answer your particular questions related to your criminal or DUI case, simply contact us at (848) 238-2100 for a free and confidential consultation.

What is the difference between a criminal charge and a conviction?

The difference between just getting charged with a crime and convicted of a crime lies in the State’s ability to meet its burden to prove that a defendant committed a crime beyond a reasonable doubt.  Generally, this is completed by proving that each element of a crime has been committed.  If your case has not been disposed of by entering a plea, then your case may proceed through to trial.  After trial in Superior Court, jury instructions are given to direct a jury and guide them when deliberating on the defendant’s guilt or innocence.  After trial in Municipal Court, a judge is left with the decision-making power to decide a defendant’s guilt or innocence. A common misconception is how a charge and conviction show on a background check.  Being charged with a crime shows as pending whereas a conviction is a finding of guilt. Even if your charge is dismissed, there will still be an arrest record for your offense.  With new expungement laws in place, there are more lenient criteria and waiting periods for getting an expungement, so you should speak with a criminal lawyer experienced in handling expungements if you want to get your record cleared.

Are there programs and options if this is my first offense?

The good news is, if this is your first offense and you have never been convicted or entered a guilty plea for a criminal charge before, you may qualify for the Pre-Trial Intervention (PTI) program that allows you to complete a diversion program instead of prison and conviction. PTI is an option in some felony cases handled in Superior Court. There is a similar program called conditional dismissal, and another called conditional discharge, both of which apply in Municipal Court case involving disorderly persons and petty disorderly persons offenses. Diversionary programs allow first-time violators to return to their lives by complying with program conditions during a supervisory period. If successful, they leave the program without a criminal conviction and maintain a clean record. In PTI and programs like it, you may have to submit to drug tests and several other activities, while also maintaining employment, and remaining arrest-free. You must qualify for the program and be successfully admitted, which is why it is important to have a lawyer who is knowledgeable about diversionary program applications and can help you apply and get in.

Will prosecutors negotiate to lessen the penalties I’m facing?

Most times, yes. Agreeing to a compromise, the prosecutor does not have to prove every charge at trial, which takes time and resources. Plea bargains are opportunities for both sides to come up with better terms. It offers defendants a reduced sentence rather than risking the outcome at trial and eliminating all the time and work leading up to a trial, from attending pre-trial hearings to empaneling a jury and putting on a case. There are some notable exceptions that require additional leg work to get around, such as mandatory minimum sentences under the No Early Release Act, which applies to some violent crimes, and the Graves Act, which governs firearms offenses.

The police found drugs and charged me with intent to distribute, what does this mean?

Although the penalties for simple possession of drugs are obviously harsh, things can quickly go from bad to worse for a defendant who is accused of possession with intent to distribute. Beyond that, you can face charges for possession with intent to distribute even if you did not actually sell the drugs. Prosecutors have the authority to bring drug distribution charges against a defendant in a number of circumstances, including when the defendant was found in possession of a large quantity of drugs that might indicate an intent to sell them later. Additionally, if the drugs are contained in packages that make them easier to transport and distribute, or if an undercover informant hears the defendant discussing an illegal drug transaction, law enforcement may infer that the defendant intended to sell the drugs. The key thing to remember is that police do not need to observe you exchanging drugs for cash in order to charge you with a drug distribution offense.

Importantly, the penalties for distributing drugs and for intending to distribute drugs are the exact same in most cases. This means that even though you were not caught selling the drugs, and even though there is no evidence of a sale ever occurring or even being planned, you could still be subject to extreme penalties for drug distribution. The exact penalties are determined by the type of drug and the weight of the drugs found on the defendant. For example, a conviction for possession with intent to distribute more than five (5) ounces of cocaine could result in first degree felony charges and a sentence of 10-20 years in prison.

I thought marijuana was legal in New Jersey, why did I get arrested?

The laws regarding marijuana have changed in many states in the nation, and most recently, in New Jersey, which has approved recreational marijuana use for adults. Now that marijuana for recreational purposes is legal in New Jersey, pipes may not fall under illegal paraphernalia. Since February of 2021, up to six ounces of marijuana is legal to possess, though not enjoy publicly. It is still illegal to distribute or sell marijuana, but you will not get detained, arrested, or even ticketed for possessing up to the legal limit of marijuana in the privacy of your home or on your private property. Distributing over 25 pounds of marijuana or five pounds of hashish, on the other hand, can land you in prison for 20 years. While the new laws are far more lenient for small amounts of marijuana for personal use, they are much harsher for those who sell or otherwise dispense marijuana.

Arrested while Visiting NJ from Another State? Get in Touch with our Experienced Criminal Defense Lawyers Today

If you or someone you love is facing criminal charges in New Jersey as an out of state resident, we encourage you to contact our Ocean County law office to discuss your case and your defense options with a dedicated criminal defense attorney. We frequently defend clients from other states who have been arrested in Point Pleasant, Toms River, Mantoloking, Lavallette, Long Beach Township, Seaside Heights, Lacey, Jackson, Manchester, and surrounding communities. Call (848) 238-2100 if someone you love is currently in jail pending a detention hearing, or you have been released and have an upcoming court date. A member of our team is available around the clock to offer you a free consultation.