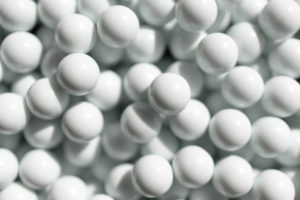 Thousands upon thousands of New Jersey residents grew up owning BB guns, and scores of additional hobbyists have purchased or rented paintball and airsoft guns for recreational use. Airsoft guns in particular have grown increasingly popular with teenagers and young adults in New Jersey and throughout the United States. Unsurprisingly, many people view these guns as harmless toys. Unfortunately, New Jersey law views these items in a much different light. Believe it or not, New Jersey considers BB guns, airsoft guns, and pellet guns to be weapons in the same way the law classifies handguns and other firearms. This means that you actually need a valid Firearms Purchaser Identification Card and a Permit to Purchase a Handgun in order to purchase and possess a BB gun or similar gun in New Jersey. When possessed or used illegally, BB guns, airsoft guns, and paintball guns can all expose you to felony-level criminal charges. If you have been charged in Ocean County with unlawful possession of a BB gun, illegal possession of an airsoft gun, possessing a pellet gun unlawfully, or possession of a weapon for an unlawful purpose in connection with any of these weapons, it is critical to understand the penalties you are now facing and consult a lawyer who can help defend you against a conviction.

Our NJ weapons defense lawyers have skillfully resolved numerous cases for clients facing weapons charges involving BB guns and similar items in Ocean County and throughout New Jersey. Contact us at our convenient Point Pleasant office by calling (848) 238-2100 for a free consultation and let’s discuss your best defense strategy for a BB gun, airsoft gun, pellet gun, or paintball gun charge in Toms River, Brick, Jackson, Manchester, Barnegat, Ocean Township, Seaside Heights, or nearby areas. Our attorneys know and understand the law on these guns inside and out; let us put our knowledge and experience to work for you.

Shockingly, BB guns and airsoft guns are actually defined as firearms under New Jersey law. The specific statute, NJSA 2C: 39-1, broadly defines firearms to include air guns, spring guns, or spring pistols. These “firearms” include weapons that propel small objects like bullets out of the gun using a spring, gas, air, compressed air, or the like. Unfortunately, simply having a BB gun or airsoft gun without a valid permit can subject you to severe firearms charges, but this is the current state of New Jersey’s broad firearms laws.

The legal classification of BB guns, Airsoft guns, and pellet pistols as full-fledged firearms likely comes as a surprise to you, given that you can purchase and possess these weapons in many other states. If you possess a BB gun or similar device in New Jersey, you can be charged with a third degree crime for unlawful possession of a weapon (assuming you do not already have a handgun permit). If law enforcement finds you carrying an air pistol, pellet gun, or similar weapon without a permit, you can also be charged a third degree crime for violating N.J.S.A. 2C:39-5. Upon conviction, you are exposed to 3 to 5 years in New Jersey state prison.

If you possess or use a BB gun, airsoft gun, or even paintball gun for an unlawful purpose, such as while committing a robbery, you can be charged with a separate crime under N.J.S.A. 2C:39-4. This is commonly charged as a third degree crime that can expose you to 3-5 years in prison. Possessing a paintball gun for the purpose of using it unlawfully against another person or property is also a third degree crime. When the charge is for simply possessing a paintball gun unlawfully, this is a fourth degree crime, punishable by up to 18 months in prison and fines up to $10,000.

Furthermore, certain people are not permitted to have weapons in New Jersey, often due to a prior conviction for a violent crime or prior mental health disorder. If you are one of these people, called a “Certain Person” you can be convicted of a serious crime for possessing a firearm or another weapon in violation of N.J.S.A. 2C:39-7 given your legal restriction. This offense may be charged as a second degree crime, potentially carrying 5-10 years of prison time upon conviction and up to $150,000 in fines when the weapon involved is a firearm. If, on the other hand, you are restricted from possessing a weapon due to a prior mental health disorder, you may be charged with a fourth degree crime, exposing you to 18 months in prison and fines up to $10,000. In addition, if you use an air gun or a spring gun while committing a controlled dangerous substances offense like drug distribution, you can be charged with a very serious drugs and guns violation.

The penalties are steep for criminal charges involving BB guns, airsoft guns, pellet guns, and similar weapons in New Jersey. They often rival penalties that apply to individuals who use traditional firearms to commit crimes or who possess guns in violation of possession laws or certain persons restrictions. Given the severity of the consequences to which you are exposed for these serious weapons offenses, you should contact a lawyer who knows how to handle these cases and defend your rights. If you are charged with a crime involving the possession of a BB gun, pellet gun, airsoft gun, or paintball gun in Ocean County, New Jersey, call (848) 238-2100 to talk to an attorney at our local defense firm. You can always access an experienced lawyer on our team for a free consultation.