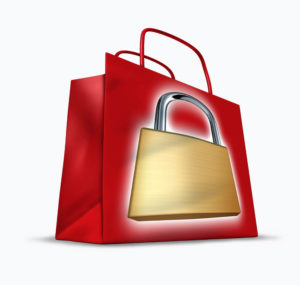 The Stafford Township Police Department actively seeks to identify and arrest people accused of shoplifting. Often, the police employ tactics such as posting store surveillance footage of a shoplifting suspect on their facebook page.  This surveillance footage, whether obtained from loss prevention at Walmart, Target, or Stafford Square Mall, or similar retail establishments, shows the face of the suspected shoplifter. Usually the photo depicts the actor committing a shoplifting crime, leaving the store, acting together with cohorts as suspected co-conspirators, or just pushing a cart like countless other shoppers that frequent these locales. The police then post the pictures on various social media platforms seeking the help of the public in verifying their identity so that they can be apprehended, arrested and charged.  The shoplifter is often dimed out by a family member, friend, frenemy, law enforcement, or even a co-defendant or someone looking to get out of trouble.

Get a Stafford NJ Shoplifting Defense Lawyer Nearby

Who identifies you as a shoplifter is irrelevant because once you are identified, you will be arrested, processed, and prosecuted for the offense. In this unfortunate turn of events, let us tackle the shoplifting charge head on. Our defense lawyers at Proetta & Oliver (848) 238-2100 will put all of our experience handling theft charges like this in Stafford Township and Ocean County to work to serve your best interests. Contact us 24/7 to go over your case in a consultation, always provided at no cost to you. You can reach us at (848) 238-2100 to learn more and continue reading for important information about shoplifting charges in Stafford NJ.

What Happens if I’m Accused of Shoplifting in Stafford NJ?

If you have been identified as someone who allegedly shoplifted in Stafford, the police will arrest you.  Often, the degree of the charge will direct the police to hold you on a warrant or let you go on a summons. Summons-complaints are fundamentally issued for cases involving disorderly persons offenses. Disorderly persons (dp) crimes of shoplifting are not felony offenses and involve allegations of taking or attempting to take goods offered for sale without paying the full value. For these offenses, the goods or amount that you allegedly deprived the store of are minor. Specifically, to be charged with a disorderly persons offense, the amount taken must be worth less than $200.

If charged with this lower-level theft offense, the police will issue your complaint on a summons and direct you to attend Stafford Municipal Court on a certain day and time. For complaints issued on summonses, you will not be held in jail during the pendency of the case, unless attached to a felony crime, usually violent in some manner, which occurs in rare cases.  The police can also issue a summons for shoplifting charges that are felonies, otherwise referred to as indictable crimes. People without any significant criminal history will likely be issued a summons instead of a warrant.

Do Shoplifters in Stafford Township go to Jail?

As determined by the specifics of the charge, shoplifting is either an indictable crime or a disorderly persons offense.  If the state proves that you took merchandise without paying, concealed items offered for sale, switched price tags to pay a lesser amount, stole a shopping cart, or under-rang an item or otherwise conspired to do any of the above, you will be found guilty of shoplifting. The penalties for shoplifting vary depending on the value of the items taken and the degree of the charge.

The following is a general guide to authorized penalties associated with shoplifting:

Often, the court will order probation so that you can complete the terms of the sentence.  For example, if you shoplift for the third time, the court must sentence you to 90 days in jail but it can also order you to pay restitution and complete the required community service.  Therefore, the judge may order you to complete a term of probation that encompasses the community service and the restitution.  If the terms are not met, you can be violated and put back in jail. Make sure you know about probation violations and get help from an experienced attorney for your defense at any upcoming VOP hearing, as the implications of these accusations are vast.

What Evidence can be used to Prove Stafford Shoplifting Charges?

Before you can be convicted, the state must present evidence that proves beyond a reasonable doubt that you shoplifted. Each case has different people involved, different stores, and facts unique to the scenario.  However, the elements of the offense of shoplifting are the same and the state must present information that would lead a jury or judge to believe that you tried or intended to take something of value from a store without paying the full retail amount. The proof used often includes: surveillance video, loss protection statements and testimony, officer body cameras, admissions, receipts, co-defendant statements, police testimony, and even pawn shop receipts (including the photo ID of the person pawning the items).

This evidence can also be challenged by skillful shoplifting defense attorneys. Even before challenging it in the litigation phase of the process, our lawyers can often use the defects in the case to have it dropped, get the charges reduced, or obtain a better deal.

What can an attorney do for me if I am accused of shoplifting in Stafford Township?

Our criminal defense lawyers at Proetta & Oliver can represent you in Stafford Municipal Court for a disorderly persons offense of shoplifting, as well as a court case for a felony shoplifting charge heard in Ocean County Superior Court. In either of these courts, we have years of time dedicated entirely to criminal defense and an established local presence in these courts at our disposal. Some of our strategies to deliver successful results to our clients involve motions to dismiss, brokering favorable deals, lowering the degree of the offense, and minimizing any risk of state prison or county jail.  With extensive litigation experience, we may file motions to exclude certain evidence and thereby weaken the state’s case against you. If the requirements are met, our attorneys can also assist in getting you into Pre-Trial Intervention or the conditional dismissal program to put you on the path for a dismissal.  On the back end, we can file for expungement that eliminates any records of your arrest and basically banishes the case from your criminal history.

There are many ways, too numerous to list, as to how we can be of assistance to you with a Stafford Township shoplifting case. At any time, day or night, you can call our law office at (848) 238-2100 to discuss more. Remember, the consultation is free and there is no obligation.