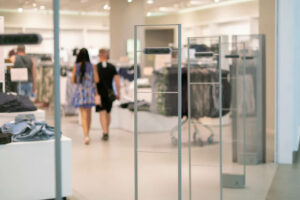 Though known for a beach vacation getaway spot, Point Pleasant offers visitors many entertainment possibilities all year round. For example, Downtown is an explosion of custom antique shops and boutiques, among the array of hotels, restaurants, cafes, and coffee shops. Residents and visitors celebrate the sea and world-famous chowder during two fun festivals annually, and, of course, the Boardwalk is a paradise for kids with its arcades, rides, and aquarium. So much excitement in one borough, but where there is bustle, there is distraction and opportunity for crime. Shoplifting occurs anywhere, and Point Pleasant Municipal Court and Ocean County Superior Court handle their share of shoplifting cases. Nevertheless, the frequency of arrests and charges for shoplifting do not translate to lax prosecution or punishment for these offenses. You could be faced with jail or prison, high fines, and community service. With such severe penalties, you should take shoplifting charges seriously. The criminal defense lawyers at our Point Pleasant law office have vast experience handling shoplifting cases and working toward the maximum benefit for our clients who have been charged. If you have an open shoplifting case and are seeking legal counsel, contact us at (848) 238-2100 for a free initial consultation. Our attorneys can answer your questions and explore the best options that may apply to your individual case.

Under New Jersey law, shoplifting is depriving a store owner of the total value of their merchandise. Examples may include leaving a store without paying for merchandise or otherwise paying less than the full price for merchandise through deceptive means. One example of shoplifting may be shoving costume jewelry into your pocket and walking out of a beachfront souvenir shop without paying for the items. It could also be paying for an expensive pair of shoes you put in a box marked for a lower-priced shoe at a Downtown shoe store. Other actions qualify as shoplifting too. For example, you could risk a shoplifting conviction for using devices that counter anti-theft security devices and measures. As such, when you use a device that demagnetizes the security strip on the blouses you tucked into your shopping bag, you may risk a shoplifting conviction.

Additionally, if you changed the price of that dress by using a device, you could also be charged with a disorderly persons offense just by using the device. Notably, shoplifting is not just for store customers. Employees can commit theft too. Shoplifting could also occur when a clothing store employee under rings or fails to ring up a purchase for a friend. For instance, switching tags on a dress to pay a lower price or taking a shopping cart from the store premises without returning it are also shoplifting.

Why the Degree of a Point Pleasant Shoplifting Charge is Important

Whether the theft amounts to $20.00 or $200,000.00, it is still a serious crime. However, the merchant’s monetary loss determines the degree of the crime and the courthouse that handles the criminal matter. So, the individual who shoplifted the $20.00 costume jewelry will go to the Point Pleasant Municipal Court to resolve their case. Since the monetary loss to the souvenir shop owner is less than $200.00, the accused shoplifter may be convicted of a disorderly persons offense and possibly spend up to six months in jail. However, the shoplifter who got away with a $300.00 pair of shoes for the price of $50.00 may be looking at an 18-month jail sentence from an Ocean County Superior Court judge.

Fourth degree shoplifting includes losses valued between $200.00 and $500.00. Those convicted for shoplifting items valued at $500.00 to $75,000.00 face third degree charges with a potential five-year prison sentence. Lastly, stolen items valued over $75,000.00 support a second degree criminal conviction with a possible ten-year sentence. In addition to incarceration, convicted shoplifters must pay fines. For a disorderly person’s offense, the penalty is a maximal $1,000.00. The fines are considerably more for indictable crimes: $10,000.00 for a fourth degree crime, $15,000.00 for a third degree crime, and $150,000.00 for a second degree crime.

Not only fines, but convicted shoplifters must perform community service. Ordinarily, community service seeks to give back to the community that suffered harm from the crime. Shoplifting presumably harms the community. As such, the number of hours shoplifters serve depends on their history of shoplifting crimes. A first-time offender serves minimally ten days and for a second offense, at least 15 days. But for three or more convictions, the offender performs 25 days maximum of community service plus spends 90 days in jail. The 90-day jail sentence for a third offense is mandatory.

In addition to all of the above, if you are attempting to become a U.S. citizen or a U.S. resident, a shoplifting conviction may disqualify your application. A shoplifting conviction may even trigger a deportation order. A third degree shoplifting charge or higher can mean deportation for committing a crime of moral turpitude. In addition, certain crimes, including ones considered morally corrupting or offensive to society, can disqualify you as a legal resident or citizen candidate by federal law.

How a Point Pleasant Shoplifting Defense Lawyer can Help

Consider hiring a shoplifting criminal defense attorney if a store allegedly caught you stealing or attempting to commit retail theft and reported it to the police. If they file shoplifting charges against you in Point Pleasant, you need an attorney to walk you through what happens to you when the state charges and tries to convict you for this crime. Since not all shoplifting occurs under the same circumstances and for the same reasons, your criminal history is important when considering your options. First-time offenders may qualify for the Pre-Trial Intervention Program (PTI). This superior court diversionary program allows participants to avoid prison while fulfilling a probationary period. The program includes education, supervision, drug testing, and other requirements. A similar program, the conditional dismissal program, exists in the municipal court. Non-violent, first-time offenders may apply and enter the program upon approval by the prosecutor handling your case. After completion, you have no criminal record as the judge overseeing your case dismissed the charges against you.

Even if you do not qualify for PTI or conditional dismissal, you may still be able to dismiss, reduce, or challenge the charges against you with help from a skilled Point Pleasant shoplifting attorney. Questions about whether video cameras caught you taking items or the security guard’s version of events is flawed, may be relevant for what your attorney might do to discredit witnesses or negotiate a favorable plea bargain. Your attorney can fight to chisel down the charges every step of the way, from pre-indictment discussions with the county prosecutor or initial appearances and discussions with the municipal prosecutor, through the remaining hearings occurring throughout the life of the legal case. Ease your anxiety by consulting with a criminal defense attorney at our office right away. You can receive a free consultation to learn more by calling (848) 238-2100 or contacting us online.