What Happens if You get Charged with Luring in New Jersey? 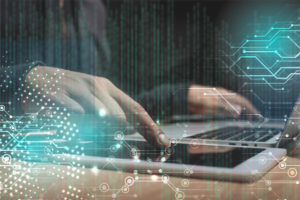 While the nation struggled with a global pandemic over the last year, locking people into their homes and on their computers, internet sex crimes against minors rose in New Jersey. Internet exploitation of children includes primarily adults luring minors to send pictures of themselves performing sexual acts, developing relationships with young teens or preteens to abduct them and commit offenses thereafter, and sex trafficking, among other illegal sexual activities. Victims range from incredibly young to older teens. Shockingly, New Jersey experienced a 75% increase in internet sex crimes against minors in the last twelve months.

The consequences of being prosecuted for luring in New Jersey are extreme. As such, for those charged with luring, it is crucial to retain a highly skilled attorney to muddy the waters of the prosecutor’s case. If you or someone you care about has been arrested for a second or third degree luring charge, call (848)-238-2100 or email our Ocean County criminal defense attorneys with in-depth experience in sex crimes negotiations and defense litigation. You need a strong representative on your side to find the weaknesses in the prosecution’s case. You want a hard bargainer and trial attorney to get your case dismissed, negotiated, or tried successfully. You should be looking for someone who can be on your side protecting your rights and defending your innocence, as well as your good name. Contact the sex crimes lawyers at Proetta & Oliver for a free consultation today.

What Degree is Luring a Child in NJ?

One type of luring is a second degree indictable crime. It includes enticing a minor to meet with the offender for illegal purposes, whether that means luring a child into a car, home, or other places. Luring sometimes doubles as kidnapping. Often, children victimized by luring suffer sexual harm and exploitation. For example, a 12-year-old may think he is talking to another 12-year-old when playing the game Fortnite. The impersonator strikes up a conversation, learns what the minor likes about the game, where they live, what they like to do outside playing the game, and so befriends the minor. When the perpetrator earns the trust of the minor, they may arrange to meet, keeping the meeting private from parents with a promise of a coveted gift or prize, maybe rare games or secrets to winning Fortnite. When they meet, the minor may be abducted or blackmailed to perform sexual acts or other demands of the luring party.

Luring and other sex crimes against minors carry extreme sentences.

Luring or enticing a minor is addressed in New Jersey statute section 2C:13-6. A conviction for luring a child ends in a prison sentence with a mandatory minimum sentence of one-third to one-half of the sentence or three years, whichever is greater, before any possibility of parole. Committing this crime ultimately exposes the defendant to a 5 to 10-year prison sentence and up to $150,000.00 in fines. With multiple violations, the prison sentence and the mandatory minimum sentence get longer. In addition, a convicted felon for luring a child must register as a sex offender per Megan’s Law. Under the registry, the public can sometimes locate and identify sex offenders in their neighborhood by name, address, photo identification, criminal history, and vehicle information. The community notification requirements are based on the specifics of the defendant and the case, which will result in the offender being given a tier classification.

While a sharp criminal defense attorney may be able to convince a prosecutor to recognize facts sympathetic to the defendant when recommending a sentence, prison time is nearly a foregone conclusion with a second degree crime with a mandatory minimum number of years in prison. It does not matter that the minor is not actually underage. If the defendant believed they were a child, that is good enough for the crime of luring a minor with the intent to commit illegal acts. That being said, there are a whole host of evidentiary, legal, and procedural complexities which may offer a talented sex crimes lawyer a way to approach your defense and get the charges dismissed altogether. The important thing to do is to engage with an attorney who has experience handling luring cases and can help you navigate the legal process as soon as possible. Protecting your rights is the number one priority, and this can be done from the moment you’re called in for police questioning.

Minors are not the only potential victims of luring under New Jersey law.

Luring an adult, a third degree offense, can occur in the same manner as luring a minor. Both offenses involve deceiving someone into believing they are meeting a prospective date or friend, only to find that they have been dealing online or elsewhere with a sexual predator or criminal offender who intends to commit some crime against them. The idea behind these laws is to protect victims of luring, who may end up being sexually exploited, blackmailed, kidnapped, raped, or beaten, or any combination of these crimes. However, a luring charge violating N.J.S.A. 2C:13-7 carries different penalties than those for luring a minor.

Specifically, a third degree crime for luring an adult comes with a sentence of 3 to 5 years in prison and payment of up to $15,000.00 in fines. But prison sentences are not presumed for third degree crimes, so there may be more avenues toward a lesser sentence. However, those with prior violent crime convictions will be imprisoned for three years minimally, serving 1/3 to 1/2 of the sentence before becoming eligible for parole. Repeated offenses come with mandatory minimum incarceration time before becoming eligible for parole.  And a prior luring charge requires a mandatory minimum of a five-year prison sentence.

What can be done to defend against the severe penalties for a luring charge?

All things considered, it does not mean that a luring charge, even with a prior, cannot be reduced or even dismissed. The facts and evidence of each case are different. Sometimes police and prosecutors mismanage the arrest, evidence collection, and legal procedural requirements. They may also coerce witnesses to tell their story more favorably to the prosecution. Law enforcement makes mistakes too. They may improperly search a home, car, or internet provider to gather evidence against an accused individual. An adept criminal defense attorney can bring misdeeds and mistakes to light. Not only that, but a good sex crimes defense lawyer can cause doubt in a jury’s mind regarding critical elements to the crime that the prosecutor must prove and convince a jury of beyond a reasonable doubt for a luring conviction.

To prove their case for luring, a prosecutor must show that the accused believed they were dealing with a minor and intended to entice the minor by any means into a car or other place to commit a crime with or against the minor. Any crime against a minor that is punishable by six months or more in prison falls under luring if that is the intent of the act. As such, kidnapping, criminal sexual contact, or distributing a controlled dangerous substance all qualify as crimes against or with a minor that can be attempted or intended after luring them, regardless of the success in going through with the crime. It is the intention to commit the crime that counts. However, the accused’s intention to lure or commit a crime is hard to prove if the crime never occurred, say, the meeting between the intended victim and accused never took place. In that case, a state of mind cannot be proven other than by circumstances unless an accused states their intention, which is unlikely.

For a free consultation and personalized legal counsel on your luring case, contact (848)-238-2100. A seasoned luring offense attorney is waiting in the wings to help you in the face of these serious allegations.