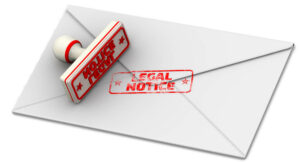 Anyone convicted of a sex offense in New Jersey is probably familiar with Megan’s Law, the legislation passed by state lawmakers in 1994 to require certain individuals to register as sex offenders. This means that even after the defendant has served their sentence and been released from prison, they will have to notify their local police department and follow through with the online registration process – or risk being sent back to prison for a Megan’s Law violation. What a lot of people don’t realize is that the strictness of sex offender registration requirements is determined by the defendant’s tier classification, which is why the Megan’s Law tier classification hearing is so important. Not only does your tier designation impact the rest of your life, but you also have the opportunity to challenge it if you feel your assigned tier is incorrect and should be lowered. Having an experienced sex crimes defense lawyer on your side at this hearing can make a huge difference in the outcome. The attorneys at our Ocean County criminal law firm know this all too well, as we have seen and helped clients to successfully contest their designated sex offender tier on numerous occasions. Contact us today at (848) 238-2100 to speak with a member of our team about your unique case and how we can help. You can learn more about New Jersey Megan’s Law tier classification hearings and legal challenges to tiering below.

When you are convicted of a serious sexual offense, one of the penalties that must be imposed is a requirement to register as a convicted sex offender after your release from prison. Even if you are able to avoid prison by being put on probation, you will still be subject to sex offender registration under Megan’s Law. The scope and severity of those requirements is determined by something known as a “tier classification,” with the main consideration being the offender’s risk of recidivism. There are three tiers, and each tier imposes particular conditions on the offender:

Regardless of your tier classification, the notification requirements of Megan’s Law are quite onerous. They can also have a disastrous effect on your quality of life, especially since you could find yourself unable to secure stable employment, in addition to finding yourself being shunned by your neighbors, peers, friends, and family members because you’ve been publicly branded as a “sex offender.” Moreover, failure to follow the proper procedures and/or failure to meet any of the Megan’s Law requirements could result in you being charged with a felony for a Megan’s Law violation, subjecting you to significant prison time.

The initial determination of your Megan’s Law tier is usually made by the county prosecutor, who will rely on a list of factors contained within the Registrant Risk Assessment Scale (RRAS). These factors are used to assign points to the offender and arrive at a score. The more points you get and the higher your score, the higher your tier classification will be.

The factors used to determine a person’s RRAS score and subsequent Megan’s Law tier classification include the following:

Can You Challenge a Megan’s Law Tier Designation in NJ?

Once an initial determination has been made, you will receive a letter in the mail that informs you of (a) your tier classification, and (b) your right to contest the classification at a formal hearing. At that point, you will have the option to challenge your Megan’s Law tier designation. It is then imperative that you act quickly to secure qualified legal counsel because you are going to have just 14 days to contest the prosecutor’s determination and request a lower tier.

If you decide to appeal your Megan’s Law tier classification and seek to reduce your tier, a hearing will be scheduled in the Superior Court where your original sex crime case was heard. The prosecutor will present evidence and make their argument, and your attorney will argue against the prosecution and try to show why your offense, the circumstances of your case, and your personal profile warrants a lower tier. Generally speaking, the judge is likely to consider the nature of the defendant’s sex crime, their ability to maintain steady employment and to financially support their family, and any history of incarceration, among other things. You want to have the most compelling case for tier reduction assembled and persuasively argued at this hearing, which is why having a sexual offense lawyer with vast experience is so critical.

Have a Tier Classification Hearing in Ocean County NJ? Contact us

Both the immediate and long-term consequences of a Megan’s Law tier designation should make one thing abundantly clear: you need to do everything you can to receive the lowest tier possible so that you are able to move forward with your life after you’ve completed your sentence and paid your debt to society. That’s where an experienced criminal defense attorney may be able to assist you by helping you to contest your tier classification after it is set by the state. Contact our dedicated team of criminal defense lawyers who often handle sex crime investigations, defense, Megan’s law removal and tier challenges, to discuss your situation. We offer free consultations anytime by calling (848) 238-2100 or contacting us online.