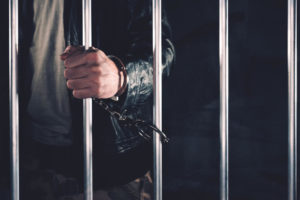 New Jersey law protects people against being attacked, threatened, or frightened by others. These protections include laws that criminalize the act of pointing a gun or other firearm at someone. Additionally, authorities take it very seriously when someone commits an act like this against a police officer in New Jersey. NJ lawmakers made it a point to include special protections for police officers throughout the state’s criminal code, and one of those special protections includes enhanced penalties for anyone who is convicted of brandishing, pointing, or using a handgun or other firearm against a law enforcement officer. For this reason, you could be facing far worse penalties that you would otherwise presume if convicted of a charge for N.J.S.A. 2C:12-1(b).

Be sure to speak with a lawyer who knows how to defend these cases by contacting our Ocean County criminal law firm at  (848) 238-2100 today. We provide trusted legal counsel and experience-backed defense representation for firearms and weapons charges arising anywhere in Ocean County and the Jersey Shore, including in Brick, Manchester, Toms River, Point Pleasant, Seaside Heights, Berkeley Township, Lakewood, and surrounding communities. You can request a free consultation by sending a message as well, so please do not hesitate to contact us for answers to your particular questions anytime.

Pointing a Gun at Someone is Assault in New Jersey

While the strongest protections in New Jersey’s aggravated assault statute are for police officers, the law also includes protections for the public at large. One of the statute’s provisions stipulates that it is a crime for an individual to point a firearm at any person, regardless of whether that other person is an on-duty police officer. This means that if you get into an altercation with anyone and then point or aim a weapon at that person, you could be charged with a felony-level crime and face substantial prison time.

The criminal offense of pointing a firearm at a law enforcement officer is technically considered an aggravated assault offense, which is why it is addressed in the aggravated assault section of the NJ criminal code. Not surprisingly, the state’s aggravated assault laws are particularly tough when it comes to violent or threatening actions directed toward on-duty police officers. The New Jersey criminal code makes it clear that it is a crime to use a firearm on a police officer; however, it is not necessary for a person to actually fire or otherwise use a gun in order to be charged with a crime. As set forth by N.J.S.A. 2C:12-1(b)(9), it is also a crime to knowingly point, display, aim, or waive a firearm at a police officer.

What if the Firearm wasn’t Loaded?

It won’t matter if the firearm was loaded or unloaded; you can still be charged with a crime even if the gun did not have live ammunition and even if you had no intention to fire the weapon. This is because lawmakers have carved out special protections for police officers so that they can do their jobs and serve the public without needing to worry about the threat of a violent attack. The mere appearance of a handgun that could be fired at the officer is usually enough to trigger a criminal charge for aggravated assault. The bottom line is that if you point or aim a gun at a police officer in New Jersey, you should expect to be arrested and charged with a very serious criminal offense.

One of the necessary elements of a criminal charge for pointing a firearm at a police officer is that it must have been done in a manner that illustrates extreme indifference to the value of human life. Notably, there is no “intent” element in this section of the statute. This means that the prosecution does not need to show that the defendant intended to threaten or frighten the police officer; all that is needed for a conviction is a showing that the defendant recklessly pointed or aimed a gun at the officer.

Common Companion Charges for Pointing a Firearm in NJ

While it might seem obvious that the most common situation in which a person is charged with pointing a firearm at another individual is when the offender intended to threaten or scare the other person, the reality is that these charges can arise in a number of situations. It is important to note that even if you did not intend to frighten the other person by pointing your weapon at them, you can still be charged with a crime. For example, you may have been transferring your lawfully owned handgun from your car to your home when you accidentally pointed the barrel of the gun at a neighbor or pedestrian. The fact that this act could have caused a reasonable person to believe that their life was in danger may be enough for authorities to place you under arrest and charge you with aggravated assault.

In many New Jersey weapons offense cases, the weapons charge is just the tip of the iceberg for the defendant. That’s because prosecutors often file multiple criminal charges in connection with a weapons charge, especially when the offense involves the pointing or aiming of a firearm at another person. Depending on the facts of your case and the injuries suffered by the victim, you could face additional criminal charges. Context matters when prosecutors decide which charges to bring against a defendant in a criminal case involving a firearm. The circumstances in which a situation like this arises can dictate the additional criminal charges that accompany a charge for pointing a firearm in New Jersey. Some of the most common companion charges for pointing or aiming a weapon include terroristic threats, illegal handgun possession, possession of a weapon for an unlawful purpose, and armed robbery.

What is the Sentence if Convicted of Pointing a Firearm in New Jersey?

N.J.S.A. 2C:12-1(b)(9) classifies pointing a firearm at a police officer as a third degree crime. This makes it an indictable offense, which means that a grand jury must first indict the defendant on the felony charges before the case is then sent to the superior court in the county where the offense allegedly occurred. The case will then be scheduled for trial in front of a judge or jury if not resolved during pretrial proceedings. Depending on the outcome of the case, the defendant could be subject to a sentence of 3-5 years in NJ state prison. When the firearm-pointing offense did not involve a police officer, the charge is graded as a fourth degree crime and carries a possible penalty of up to 18 months in prison. Since pointing a firearm at a civilian is still considered an indictable charge under New Jersey law, a felony conviction or guilty plea will go on your criminal record.

A charge for pointing a firearm at a police officer, or at anyone else, is taken very seriously by law enforcement, prosecutors, and judges. Accordingly, the penalties for a conviction are often severe because the prosecution in these cases can be unbending when the time comes to offer a pretrial plea deal. It cannot be stressed enough that you should reach out to a distinguished criminal defense attorney as soon as you are arrested and charged with brandishing a gun or other weapon in New Jersey. An experienced lawyer can immediately get to work on building the strongest possible defense on your behalf, which may include examining the police reports, interviewing possible witnesses, and collecting video surveillance footage and other evidence that might help when defending your case.

The attorneys at our office in Point Pleasant, NJ regularly defend clients charged with firearms and other crimes in Stafford, Lacey Township, Lakehurst, Lavallette, Ocean Township, and other towns in Ocean County, New Jersey. To discuss your unique case and possible options when dealing with felony charges for pointing a firearm or another offense, contact (848) 238-2100. Free consultations are available around the clock.