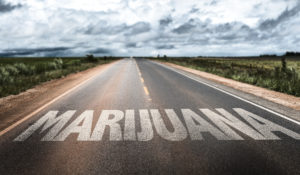 If you or someone you know has recently been arrested for Point Pleasant marijuana charges, you should know what the specific charge means, the potential penalties, and your possible defense options. Although common, charges for marijuana possession, intent to distribute, distribution of marijuana, drug paraphernalia, and synthetic marijuana offenses can carry heavy consequences that threaten to change your life in the near and longer-term. As such, it is vital to know what to expect when facing marijuana charges in Point Pleasant, New Jersey. Your next move should be to seek personalized guidance from an experienced Marijuana Defense Lawyer who regularly represents clients in Point Pleasant Beach Municipal Court, Point Pleasant Borough Municipal Court, and Ocean County Superior Court. The attorneys at Proetta & Oliver have such a team and we are available anytime at (848) 238-2100 to provide you with a free consultation. Contact us online or by phone 24/7 for more information.

Point Pleasant Beach and the Borough of Point Pleasant are both located in Ocean County, New Jersey. With major roads like Route 37 and Route 35 nearby, there are many people who do not just live or work near Point Pleasant, but might be traveling through on their way to a vacation. With thousands of full-time residents in the area and even more visitors during the summer months, it’s important to know about what happens if you’re accused of any marijuana offenses in the area.

Most people assume that being arrested for a marijuana crime is not serious, but this is a big mistake to make. In reality, a charge of marijuana can even be elevated to the felony level depending on the amount of marijuana in question following your Point Pleasant, NJ arrest.

Simple possession of marijuana charges are tied to claims that you had less than 50 grams on you at the time of your arrest. Even though the charges and penalties here are less serious than a distribution charge, fines up to $1,000 and jail terms up to 6 months can be applied to the case. For possession of marijuana over 50 grams of weed, however, the fines extend to up to $25,000 with as much as 1.5 years in prison. Someone arrested with less than 50 grams on their person and no other criminal convictions in their background could access a program known as conditional discharge, which carries a short probation period that, upon conclusion, eliminates the charge and any remnants on your record. However, if you’ve already leveraged a conditional discharge in the past, then an arrest for less than 50 grams of marijuana threatens a conviction for a disorderly persons offense. There is a similar program called Pre-Trial Intervention (PTI) available to first-time offenders in Ocean County Superior Court, which you may be able to access if you have been charged with a third degree or fourth degree crime for marijuana in Point Pleasant.

Distribution and Intent to Distribute Marijuana in Point Pleasant

What can take the unwelcome experience of being charged with a disorderly persons offense to the extremely unnerving experience of being accused of distribution or intent to distribute, is if the prosecution argues that you were trying to sell the marijuana in your possession at the time of the arrest. Any evidence such as pre-weighed marijuana, piles of money, small plastic baggies, or scales can be used to support the prosecution’s argument that you either were selling or getting ready to sell this controlled dangerous substance. Depending on the measured weight of marijuana involved in your case, you could be charged with a fourth degree, third degree, second degree, or even first degree crime for distribution.

On top of that, if arrested in a school zone and charged with intent to distribute CDS, a prison sentence with a minimum of three years without the possibility of parole might apply.

Is it illegal to possess or distribute synthetic marijuana in Point Pleasant or elsewhere in NJ. Possession of synthetic marijuana is illegal under New Jersey law. In addition, while vaping nicotine is not illegal in NJ, that’s not the case for using a vape pen to consume any controlled dangerous substance. If marijuana is found in the reservoir of the vape pen or elsewhere in an e-cigarette, charges for possession of less than 50 grams of marijuana might be tied to your case. The e-cigarette can also be tested by the police to determine whether or not there is any marijuana residue in the reservoir.

Notably, discovery of a vape pen with THC oil in it could lead to charges of possession of marijuana under 50 grams per N.J.S.A. 2C:35-10a(4) or fourth degree charges under New Jersey’s recently expanded synthetic marijuana law. Per N.J.S.A. 2C:335-5.3c, obtaining or possessing a synthetic cannabinoid is a fourth degree indictable felony offense, rather than a disorderly persons offense. A fourth degree violation of this section can also coincide with an arrest for THC in a vape or electronic cigarette, so long as the quantity of THC oil is less than one ounce. This carries felony-level penalties like fines up to $10,000, a criminal record, up to 18 months in prison, and the loss of a driver’s license for six months. The prosecution will often aim for this charge where possible, but a seasoned criminal defense attorney might work towards getting this downgraded to a disorderly persons offense for simple marijuana possession.

Getting Lawyer Help with Your Point Pleasant Marijuana Case

If you are charged with a crime connected to marijuana in Point Pleasant, NJ, you might need to go to court at the Municipal Court of Point Pleasant Beach, Point Pleasant Borough, or the Superior Court in Ocean County. Anyone looking at a conviction for a disorderly persons offense, an indictable crime, or another charge should consider retaining experienced Point Pleasant Marijuana Attorneys immediately due to the stiff penalties and the possibility for escalated charges based on weight, paraphernalia that could indicate distribution, or location near a school. No one should have to prepare to face Point Pleasant marijuana charges alone and you do not need to. Call our local law office in Point Pleasant NJ today to learn more about getting help when facing marijuana possession or distribution charges. You can reach us anytime at (848) 238-2100 for a free consultation.