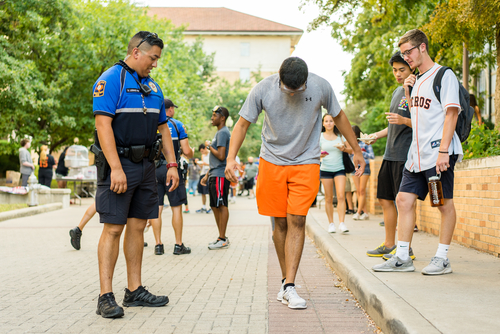 Were you arrested and charged with a drug-related DUI in Ocean County, New Jersey? The reality is that these types of charges carry severe penalties for anyone who is convicted, and prosecutors are typically disallowed from making plea deals in DUI and DWI cases. Beyond that, NJ police aggressively enforce DWI and DUI laws with DWI checkpoints, roving patrols, and other enforcement tactics in order to cut down on the incidence of impaired driving accidents, which means that more and more people are being placed under arrest and charged with DUI’s these days. With the various impacts of a drug DUI conviction, anyone charged with driving under the influence of drugs needs to take the charges very seriously. If you’ve been arrested for an Ocean County Drug DUI offense, be sure to talk to a DUI defense attorney who can help you start building a powerful defense and even potentially avoid conviction. At the Law Offices of Proetta & Oliver, our attorneys dedicate a significant portion of their practice to assisting clients with first offense DUI, second offense DUI, and third offense DUI charges throughout the Jersey Shore area and New Jersey as a whole, including Toms River, Seaside Heights, Seaside Park, Point Pleasant, Lacey Township, and Stafford Township. For a free consultation with an experienced Ocean County DUI attorney, contact our conveniently located Point Pleasant office at (848) 238-2100.

New Jersey Law defines Drug DUI in 39: 4-50 as “a person who operates a motor vehicle while under the influence of… narcotic, hallucinogenic or habit-producing drug… or permits another person who is under the influence of intoxicating liquor, narcotic, hallucinogenic or habit-producing drug to operate a motor vehicle owned by him or in his custody or control.”

Basically, this encompasses a wide range of controlled dangerous substances, including marijuana, cocaine, heroin, and prescription medication. Although there are a number of ways in which DUI drug offenses differ from DWI alcohol offenses, it is important to understand that the penalties for drug DUI offenses are similar to the penalties for DWI offenses. This means that, in the worst cases, an offender could be looking at mandatory jail time, heavy fines, and suspension of their driver’s license. The exact penalties for a DUI drug offense in New Jersey are generally determined by the number of prior DUI or DWI convictions on the defendant’s driving record. If the defendant has any DUI or DWI convictions within the last 10 years, it can be used against them in their current case and expand the range of possible penalties that may be imposed if they are convicted or plead guilty to the charges.

Driving under the Influence of Drugs Penalties in Ocean County

The fines, and penalties associated with DUI are severe if you simply accept your driving under the influence of drugs charge. A minimum surcharge of $1,000 a year for three years, fines and assessments of between $800 and $1,500, and increased insurance rates are some of the consequences you might be facing. There is also a mandatory drivers license suspension of 7 months to one year for a first offense, 2 years for a second offense, and 10 years for a third offense (or subsequent one). Jail is discretionary on a first offense but a mandatory 2-90 days for a second offense and 180 days for a third offense. As you can see, the consequences for your first, second, or third DUI charge are grave and carry the additional stigma and inconvenience regarding employment and transportation difficulties. Other penalties include mandatory drug and alcohol counseling, community service, and installation of an ignition interlock device. Other less obvious penalties include financial constraints, diminished reputation, and interference with job and family time. For more information on penalties, please see our New Jersye DUI Penalties Page.

When you get arrested on suspicion of driving under the influence of drugs, you may be asked by police to take a blood or urine test. Since you are not required by law to take either of these tests, however, police have other ways to establish that you were, in fact, under the influence of drugs while operating your car. For example, local police departments in New Jersey have what is known as a “drug recognition expert,” or DRE. The DRE is a police officer who has been trained to identify signs and symptoms of drug use and assess the individual’s possible impairment.

After a person is arrested for a drug DUI, they are usually taken to the police station so that they can be booked. In some cases, this also involves a DRE who conducts a visual examination and series of tests on the accused. During this examination, the DRE will evaluate the suspect’s coordination skills, eyes, and muscle tone, in addition to checking the suspect’s pulse, blood pressure, temperature, and other vital signs. If the DRE concludes that the suspect is under the influence of a controlled substance, the DRE’s report may be used as evidence against the person charged with drug DUI.

The state typically proves a DUI case with circumstantial evidence that the driver was under the influence of drugs. The prosecution often needs to use circumstantial evidence in these cases because blood and urine tests are not mandatory for drivers in New Jersey. Without hard evidence in the form of a toxicology report, the prosecution may need to use other types of evidence, such as the observations of the arresting officer, the visual observations of the drug recognition expert (DRE) after the arrest, and any admissions made by the suspect while in police custody.

Drug DUI’s are extremely serious offenses that are accompanied by severe consequences. Therefore it is critical that you have a skilled Ocean County NJ DUI defense attorney fighting to minimize or extinguish the charges that you face. Will Proetta, Esq., is certified in standardized field sobriety instruction. This unique qualification allows our lawyers to understand the very specific protocol that offices must adhere to when conducting a Drug DUI arrest. If you are facing these severe charges in Jackson, Brick, Beachwood, Ship Bottom, or elsewhere in Ocean County, do not hesitate to contact our office for a free consultation at (848) 238-2100