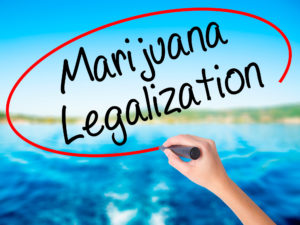 The last few weeks of New Jersey news have been filled with reports predicting the impending legalization of marijuana and creation of a marijuana industry in the state, allowing New Jersey businesses to grow and sell the drug. However, not everyone is supportive of this idea. Point Pleasant Beach Mayor Stephen Reid has strongly opposed the legalization of pot and recently spoke out against the latest bill, urging lawmakers to vote against it.

Both Sides of the Marijuana Debate in NJ

In a piece Mayer Reid wrote that was published in Patch and The Asbury Park Press, he detailed his opposition to marijuana legalization, arguing that the examples of states that have made pot legal are poster children for everything that is likely to go wrong in New Jersey, if the drug is legalized. Among the consequences that Mayor Reid asserts are likely to follow from such legislation include black market sales, unlicensed growing operations, increased crime from cartels and foreign crime operations, and use of the state’s marijuana industry as a cover for other illicit operations.

Proponents of a bill to make marijuana legal in New Jersey say that it will enable the state government to regulate and tax an industry that already exists and flourishes illicitly in the state and costs New Jersey a significant amount of tax-payer dollars in law enforcement efforts, prosecutions, and court resources. After a series of proposed bills, committees of the New Jersey Senate and Assembly approved the latest bill, which will now be advanced to the full Legislature for a vote. No date has been set for the vote yet.

What’s the Status of Weed Legalization in New Jersey?

Right now, in New Jersey, you can be arrested if you possess any amount of pot. Possessing 50 grams or less is a disorderly persons offense and if you possess more than 50 grams, the police may charge you with possession of weed with intent to distribute, which is an indictable offense. When marijuana possession is charged as a disorderly persons offense, your case is heard in the municipal court of the town or city where you were arrested. Possession with intent to distribute charges are more serious and handled at the superior court of the county where you are charged.

Both municipal courts and superior county courts statewide have been burdened by a high volume of marijuana offense cases. This is one of the major reasons proponents of legalization argue that the criminalization of the drug costs New Jersey significant resources, when it could instead provide taxable revenue, if legalized and regulated.

Have You Been Arrested for Marijuana in Point Pleasant NJ?

The future of marijuana in New Jersey still remains unknown at this point, but there are many indications of a shifting political will toward legalization. At Proetta & Oliver, our highly experienced criminal defense attorneys are dedicated to staying abreast of all legislative and regulatory developments in the evolving area of New Jersey Marijuana Law. If you have questions or concerns about how these changes may impact a pending marijuana case or you’re wondering your rights when arrested for drugs, call our local Point Pleasant office at (848) 238-2100 for a free consultation.

For additional information regarding this matter, access the following resource: Point Pleasant Beach Mayor: Why Lawmakers Should Oppose Marijuana