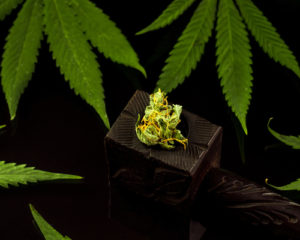 Whether to legalize recreational marijuana is a controversial topic in New Jersey. As the state government considers whether to permit recreational marijuana use and sale in the state, local governments and townships are simultaneously weighing whether to allow the manufacture, testing, cultivation of marijuana, or sale of weed in their communities. Recently, Brick Township decided this question, outlawing recreational marijuana within the municipality even if it is passed at the state level. The township’s early decision may be a signal of how other cities will respond to state legalization efforts, and many have already done so. If have a pending marijuana case in Brick or elsewhere in Ocean County, New Jersey, get help developing your best defense by calling our marijuana attorneys at (848) 238-2100. The consultation is free and a member of our team is available now to assist you.

Recreational Marijuana may be Coming to New Jersey Soon

That said, the governor and Senate President Stephen Sweeney—along with the Assembly Speaker Craig Coughlin—have all stated that they are close to agreement on each of these key points, and they expect that legalizing recreational marijuana for adult use in New Jersey will assist law enforcement in focusing on serious crime, increase economic opportunity throughout the state, and lessen criminal justice disparities in charged crimes and sentencing.

The governor and legislators expect a vote on a bill—Senate Bill 2703, which legalizes recreational marijuana for adult use—to be held as early as March 25, 2019. Although legislators and the governor still fine-tuning the details of the bill, local municipalities and townships will still have some control over whether marijuana can be cultivated or sold in their cities. Municipalities will also likely be able to restrict or exclude the growth or sale of marijuana through the use of zoning ordinances and other local regulations. It remains to be seen which municipalities will embrace the sale of recreational marijuana and which will restrict it. Some towns, including Brick Township, are already taking action on the question.

Marijuana is not Allowed in Brick Township, NJ

In what may be a signal of broader disputes between the state and New Jersey municipalities in coming months, Brick Township voted to prohibit the cultivation or sale of marijuana within city limits. Council President Andrea Zapcic explained that the township’s decision came down to dollars and cents.

The state legalization bill imposes a $42 per ounce flat tax on marijuana. Localities like Brick are eligible to receive 3% of tax revenue if they allow a legal marijuana dispensary in town, 2% if they allow cannabis cultivation within city limits, and 1% if they allow marijuana wholesalers to operate in their city. According to the Brick Township Council, that’s not enough. Councilmembers voted unanimously against permitting marijuana activity in the city, noting that the costs of regulating dispensaries and cultivators would exceed the modest cut of the tax revenue that they would receive.

Brick’s governing body told reporters that Senate Bill 2703 permits towns to opt-out of permitting recreational marijuana cultivation and sale within city limits. If towns do not opt-out, they’re automatically enrolled-into the state’s proposed regulatory framework for a five-year period. Businesses that begin operating in the city during that five-year period cannot be shut down under a “grandfather” provision in the new bill. According to Brick, that’s enough to motivate the council to opt-out of the state recreational cannabis framework. However, the current version of the bill before the New Jersey Legislature renders any vote passed before legalization null and void. This means that towns like Brick would need to pass their local laws again in order to effectuate them.

It remains to be seen whether additional townships will follow Brick’s example and prohibit the growth and sale of recreational marijuana within their limits. Anyone interested in selling or growing marijuana in a particular city would be well-advised to consult with an attorney familiar with cannabis law prior to setting up the business to ensure that all required licensing and permits are obtainable. That being said, anyone who violates current New Jersey law on possession of marijuana can be arrested and face criminal penalties. If you have been arrested for having weed or selling marijuana in the Township of Brick, contact an experienced marijuana defense attorney at our firm for help. We defend clients in Brick Municipal and Ocean County Superior Court on a regular basis and are happy to answer all of your questions.

For additional information, read the following: