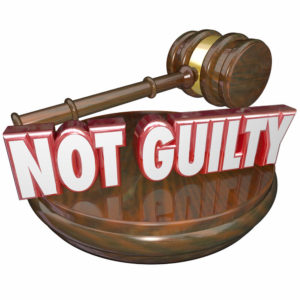 Manchester Township is a great town located in Ocean County, New Jersey. With its proximity to the New Jersey Shore and easy access from New York and Philadelphia, it has become a popular destination for tourists, residents and retirees. Between the location and the inclusion of Lakehurst Maxfield Field (McGuire/Fort Dix) in the town, Manchester Township has also become a location in which many complaints for disorderly conduct are filed. In Manchester and everywhere else in New Jersey, disorderly conduct is a petty disorderly persons offense that is punishable by time jail and a criminal record. If you or someone you love has been charged with disorderly conduct in Manchester, you can better protect your rights and ensure you know all of your options by contacting an experienced attorney. The skilled Manchester criminal defense lawyers at Proetta & Oliver are here to assist you in combating disorderly conduct charges in the Manchester Municipal Court. Just call (848) 238-2100 or contact us online for a free consultation.

Disorderly conduct is defined under N.J.S.A. 2C: 33-2 of the criminal code. Specifically, it is an offense under this statute to:

(1) fight with another person or behave in a threatening or violent manner; or
(2) make a situation dangerous by performing any act that has no legitimate purpose; or
(3) engage in offensive, loud, coarse, or abusive language while in public.

You may be found guilty of this offense if you intended to offend the “sensibilities” of anyone within earshot or, you disregard the risk of potentially offending someone with your words or actions.

If you have been charged with disorderly conduct, this does not mean that you have been charged with an indictable/felony crime, and yet this is still technically a criminal offense in NJ. Specifically, if accused of violating N.J.S.A. 2C: 33-2, you have been charged with a lower-level petty disorderly persons offense. Despite this charge being a relatively minor offense, you can go to jail and will have a criminal record.  If convicted, you could be sent to the Ocean County Jail for up to 30 days. Additionally, you could be placed on probation, be ordered to pay $500 in fines, and be required to pay mandatory penalties and court costs. Likewise, the charge will be on your record and may send a signal to potential employers that you are unruly or otherwise an employment risk.

All petty disorderly persons offenses are heard in the municipal court in the town in which the crime was allegedly committed. If given a summons for disorderly conduct in Manchester, your case will be heard in Manchester Municipal Court located at 1 South Colonial Drive, Manchester Township.

Examples of Improper Behavior and Offensive Language in Manchester NJ

Almost everyone has committed an act of disorderly conduct at some point in their lives, as the charge itself does not require an egregious act in order to commit the offense. For example, if you are at a basketball game, cheering your child on, when suddenly the referee makes a bad call to which you scream “GET OFF THE COURT!” Undoubtedly, someone may be offended and you could be charged with disorderly conduct. Disorderly conduct also happens in settings in which alcohol or drugs are involved, or when there is some form of mental health issue.

Even in our everyday life, a person may yell, scream, or cause fear in another while committing acts that serve no purpose. Screaming, cursing, or acting in a “threatening manner” in a public place is considered disorderly conduct. Some are charged with disorderly conduct because of drinking alcohol. For instance, an argument at a local watering hole or restaurant in Manchester can easily turn into disorderly conduct charges if you or someone else had one too many drinks. In essence, most things done in public that cause or could cause another person to be offended can lead to a disorderly conduct case.

McGuire Air Force Base and Fort Dix combined in 2009 to form  Joint Base McGuire-Dix-Lakehurst JB-MDL, a portion of which is located in Manchester. This military base conducts various aviation trainings and “supports over 42,000 active duty, guard, reserve, family members and civilian personnel.” The base also estimates that nearly 60,000 retirees live within 50 miles. With so many residents and personnel, the base and surrounding areas are often the site where disorderly conduct charges arise. Unfortunately, many people involved in the military, both retired and active duty, can find themselves in trouble with a disorderly conduct offense.

If you have been charged with the petty disorderly persons offense of disorderly conduct in Manchester, we encourage you to contact our local office to speak with an attorney free of charge. Our Manchester criminal attorneys understand that you never set out to commit an act of disorderly conduct and you are not interested in allowing this charge to have a detrimental impact on your life. We have handled many cases like these before and we know how to put you in a better position in the Manchester Township Municipal Court. Contact us at (848) 238-2100 for more information today. A knowledgeable criminal defense lawyer is available immediately to provide you with a free consultation.