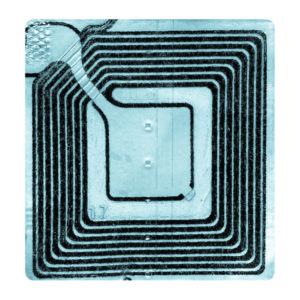 Lacey Township is a lovely ocean town that many people call home. Both visitors and residents enjoy shopping in chain stores such as Kohls, Home Depot, and Walmart. These stores offer a broad range of items, from electronics to everyday groceries, clothes, and more. With something for everyone in retailers in Lacey, shoplifting is a highly regular occurrence, leading to criminal charges and arrests for numerous individuals, many of whom have no prior criminal record. Make no mistake, Lacey Township Municipal Court and Ocean County Superior Court prosecute those accused of shoplifting aggressively, and anyone charged with shoplifting in Lacey will be forced to suffer the consequences if convicted. Fortunately, there are effective ways to get shoplifting charges downgraded and dismissed in both municipal and superior court, depending on the case. In fact, you may have more available avenues toward a dismissal than you think, such as the Pre-Trial Intervention or Conditional Dismissal programs. Contact the skilled Lacey, New Jersey shoplifting attorneys at Proetta & Oliver for a free consultation about your case and review of your options. You can reach our local offices at (848) 238-2100 or send us a message online to discuss your case with a knowledgeable member of our defense team.

Simply put, shoplifting is the act of taking or attempting to take merchandise from a retailer without paying the intended value thereof. This can be carried out in many ways, ranging from concealing an item or moving it into another container, to altering a price tag, or under-ringing merchandise for a friend. Individuals can be charged with shoplifting if they are believed to be acting on their own, in other words, stealing the items themselves. In addition, you can be charged with conspiracy to commit shoplifting if it is believed or perceived that you are acting in concert with one or more other persons.

In fact, conspiracy to commit shoplifting is a surprisingly common source of charges under N.J.S.A. 2C:20-11. This is because often, two or more people agree to commit an act of shoplifting together. For example, recently in Lacey Township, a man was charged with shoplifting $3500 worth of goods from Home Depot. He was arrested and charged, after which it was determined that he was with another person who may have assisted him in shoplifting the items. When two or more people agree to do something that is illegal, they can be charged with “conspiracy” to commit the crime. This is often the case in shoplifting rings where people plan to take items from a store while together.

Each person has a role in the shoplifting, and even if one person in the group is not caught with anything, they can be charged for playing a part in the commission of the offense. For instance, the police may have access to store surveillance that may show what each person was doing before, during, and after the alleged theft. Hypothetically, the camera may show the two suspects pulling into the parking lot together, entering the store together, and then possibly separating at some point during the shopping/shoplifting incident. One person may select and conceal items while the other distracts employees and pays for nominal items. At some point, the shoplifters leave or try to leave the store and one may be waiting in the car to drive the group away undetected. This is just one of the myriad of scenarios that may give rise to a shoplifting case. If you are charged with participating in a shoplifting ring of some kind, the degree of the crime is the same as it would be if charged with the act of shoplifting on your own.

Penalties for Shoplifting in Lacey NJ

Shoplifting is either an indictable crime (felony) or a disorderly persons offense (misdemeanor). The degree of the offense depends upon the aggregate value of the items taken. This means that if you took a vacuum worth $100 and $500 worth of other items, you may be charged with having shoplifting $600 worth of items, which is a third degree crime. The law will not apportion the theft based upon the value of the one item you took individually, but instead, you will be charged based on the total value that you would have spent had you paid the retailer for everything.

Indictable Crimes for Shoplifting in Lacey

Indictable offenses for shoplifting expose you to a number of penalties, including both prison time and fines. The following is a list the degrees of shoplifting, the basis for each, and the possible penalties:

If you have been charged with any of the above offenses, you will be required to appear in the Ocean County Superior Court located at 120 Hooper Avenue in Toms River. Because the charges are serious, you are highly advised to retain and experienced Ocean County shoplifting defense attorney. Knowing who to hire and how to fight or resolve the case is essential for maintaining your peace of mind and securing the best outcome.

On the other hand, if you have been ordered or summoned to attend Lacey Township Municipal Court located at 818 Municipal Lane in Forked River, this means that you have been charged with a disorderly persons offense for shoplifting in Lacey. Unlike indictable offense, disorderly persons offenses are not punishable by state prison. Instead, if the state proves that the value of the items taken has a value greater than zero but less than $200, you can be sentenced to up to 6 months in the Ocean County Jail. If convicted, you may also be required to pay $125 in penalties, court costs and fees, and up to $1,000 in additional fines.

Whether your charge is an indictable crime or disorderly persons offense, you may also be summoned to civil court based on a shoplifting offense. Beyond the financial damage and possible jail sentence, A conviction for any of the above shoplifting charges will be reflected on your criminal record. It is also important to note that anyone who has two or more convictions for shoplifting on their record (in New Jersey or elsewhere) is facing mandatory jail time if convicted of a third offense.

If you have been charged with a felony or misdemeanor shoplifting offense or conspiracy to commit shoplifting in Lacey, New Jersey, get a free consultation with a local lawyer who can advise and assist you today. Simply call (848) 238-2100 or contact our office online to discuss your case with a member of our defense team. Our attorneys are highly familiar with Ocean County Superior Court and Lacey Township Municipal Court and we have decades of combined experience defending clients in shoplifting cases. Protect yourself, contact us today.