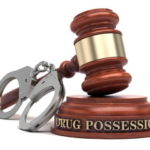 Lacey Township is the most northern community on the Jersey Shore. It is located in Ocean County, and boasts close to 30,000 residents. As you might expect from its location on the Shore, some Lacey residents and visitors find themselves is a precarious situation when arrested by local police, and if you’re reading this, it is likely that you or someone you love is facing drug charges in Lacey Township. You’re not alone, you’ve come to the right place, and our local criminal attorneys are thoroughly prepared to assist you. We know that the Ocean County Prosecutor’s Office, Lacey Police Department, and the strike forces with which they are partnered, take controlled dangerous substance offenses seriously. Whether you have been charged in Lacey, New Jersey with a disorderly persons offense for marijuana under 50 grams or drug paraphernalia, or you are facing more serious indictable charge for possession with intent to distribute cocaine, possession of heroin, prescription drug charges, possessing cocaine, MDMA, LSD, or another offense, the distinguished team of criminal defense lawyers at Proetta & Oliver in Ocean County, NJ can help. Contact our local office today at 848-238-2100 for a free consultation and get started on building the top defense for your case.

Police in Lacey Township dedicate significant resources to identifying drug offenders and prosecutors pursue the resulting drug charges to the fullest extent of the law.

People are often charged in Lacey with drug paraphernalia possession on top of separate controlled dangerous substance offenses for possession of CDS or intent to distribute. Drug paraphernalia is defined to include sharps, bongs, and packaging supplies all the way to spoons and rubber tubing used in injections. If Lacey police find you in possession of drug paraphernalia, you can be charged with a disorderly persons offense. If you are convicted, you face a fine of up to $1,000, 6 months in jail, and a driver’s license suspension for over a year. And this charge will often be the least of your worries.

Possession of a Controlled Dangerous Substance (CDS) in Lacey NJ

You will most likely face a drug possession (possession of a controlled dangerous substance (CDS)) charge if Lacey police find you with drugs. These charges can either be classified as a disorderly persons offense for possession of under 50 grams of marijuana or for possession of some relatively innocuous amount of prescription drugs without a prescription, as a fourth degree crime, or as a third degree crime. Both third and fourth degree drug charges are serious, felony-level charges. These drug cases are heard in the Ocean County Superior Court.

The penalties for a disorderly persons drug offense include a fine of up to $1,000, 6 months in jail, and a driver’s license suspension for a minimum of 6 months. These cases are handled in the Lacey Township Municipal Court. Unfortunately, if you possess even just a small quantity of most substances enumerated in New Jersey’s Drug Schedules, you will face a fourth degree indictable offense at a minimum. If you are convicted, you face up to 18 months in state prison, a fine of up to $15,000, and a felony crime reflected on your permanent record. Again though, these penalties are some of the most lenient you can face. Charges for drug possession are typically third degree crimes. If you are convicted of a third degree crime, you face 3-5 years in prison and a fine of up to $35,000.

If you are found in possession of both a controlled dangerous substance like meth and drug paraphernalia, particularly paraphernalia related to dealing like baggies, scales, and cutting agents, the state may charge you with a much more serious possession with intent to distribute crime. Charges for drug dealing are routinely classified as second degree indictable offenses. As you might expect, a second degree conviction carries even worse penalties. You face 5-10 years in state prison and a mind-numbing fine of up to $150,000 (or even $300,000 for certain drugs). These crimes are some of the worst you can face for drug charges in Lacey, New Jersey.

In one case in August 2019, the Lacey police department used a SWAT team to arrest a man for a significant quantity of crystal meth. The department subsequently arrested an additional five Lacey residents for crystal meth distribution in April of that year. During the investigation and series of arrests that followed, police also recovered Oxycodone, Clonazepam, and paraphernalia that included syringes and distribution supplies. You can see how more than one person can become engulfed in a Lacey drug case, often leading to serious criminal consequences and penalties.

If you have been arrested for drugs in Lacey, New Jersey, don’t hesitate to call our criminal defense lawyers to discuss your case free of charge. We can be reached immediately at 848-238-2100 for a free consultation. You can also contact us online for personalized guidance regarding your drug case.