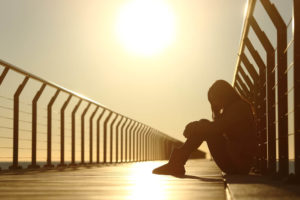 Teenagers and young adults commonly come into adulthood with confusion that stems from having one foot in each world of childhood and adulthood. Many make mistakes in that transition of growing into adulthood. For example, many high school students go to parties and drink alcohol, which is illegal if they are under the minimum drinking age of 21. Drunk teenagers get in fights, damage others’ property through vandalism or graffiti, or drive under the influence of drugs or alcohol, or both. They may take a car for a joyride, not thinking about the consequences because they do not intend to steal the vehicle and deprive its owner of the car indefinitely. They may commit crimes that only school-age kids make, or they may commit the same serious felony crimes adults do.

While some may excuse kids for being kids, the legal consequences of youthful entertainment but reckless behavior in New Jersey include possible detention at a juvenile facility, especially if they are repeat offenders. But even without brief or lengthy detention, getting caught breaking NJ laws that would get adults ticketed or thrown in jail for minor offenses and imprisoned for indictable crimes can mean entanglement with the juvenile justice system for a long time.

What are the most common examples of crimes that young people commit in NJ?

Aside from serious crimes, a whole range of criminal offenses occur around where teenagers and young adults typically gather, like at shopping malls, movie theaters, arcades, high school, and colleges.

Getting charged with an offense in a car

Many crimes or infractions are associated with cars, as youth enjoy their freedom and learn responsibilities operating a vehicle on the state highways. They may also violate traffic laws by speeding, racing, reckless driving, or driving without insurance. Driving under the influence is yet another example of a common offense among young people, as people under 21 are frequently arrested and charged with underage DWI.

Teenagers inexperienced with the law may think it is acceptable to drink in their car parked in front of a friend’s house, where a party is raging. But drunk driving does not only entail driving a vehicle. New Jersey law forbids a driver or passenger to be in a car with an open container (N.J.S.A. 39:4- 51b). A juvenile caught with an open container or drunk driving, or suspected of driving while intoxicated before parking the car, may have their license taken away or their eventual license delayed. They may find their free time taken up with substance abuse education courses or their hard-earned money to pay fines.

Around stores and in shopping malls, theft may be the more typical crime, particularly shoplifting by a juvenile. Although theft can occur wherever there is a temptation for what a young person wants or needs, like bicycles or cell phones left in backpacks in school lockers or beside inattentive socializing teenagers in the quad at lunch break. College libraries may be the scene of theft of bags too when students are attentive to their studies and books rather than purses and backpacks. They may be charged with and found guilty of receiving stolen goods too.

Vandalism, otherwise known as criminal mischief, may occur among groups of teens on school property after hours or in school bathrooms. Tagging city walls, buses, trains, or businesses may occur during a night out with friends when kids want to challenge rivals or dare the law. More malicious vandalism may occur to storefront windows or parked cars, either with spray paint or more serious damage like broken windows, slashed tires, or vehicle paint scratches. Going to empty buildings or other private or public property at night to make mischief, like toilet papering someone’s house, is considered criminal trespass by a juvenile. On the other hand, breaking into a building, school, or friend’s house to steal items is burglary, a third degree crime carrying a three to five-year prison term.

Juveniles also get involved in drug possession, selling, and manufacturing. Friends or older adults may induce them to work for a drug-trafficking operation to make money or to supply their habit. And if they have weapons like pepper spray or brass knuckles to protect themselves when delivering or selling drugs, they may be charged with unlawful possession of a weapon. More typically, they are caught with marijuana; possessing cocaine or heroin; possessing drug paraphernalia; or buying tobacco products unlawfully. It is not unlawful to have a pipe at this point in New Jersey, but it is against the law to have a pipe with the residue of a controlled dangerous substance in it, depending on your age and the type of drug found. And hanging out smoking with friends in public places may be considered loitering. In fact, loitering to obtain drugs and even failure to turn over drugs to police are also crimes that young people find themselves accused of on a regular basis in Ocean County and throughout the state of New Jersey.

What is also common among young people is fighting with other students in public places or schools (juvenile simple assault and disorderly conduct), bullying online or in person (harassment and cyber harassment), or abusing a teacher with profanity. High school students set off fire alarms, make bomb threats, and prank other students by mooning or other acts of indecent exposure (lewdness). They are also known staying out past curfew, which all seem harmless but are crimes, ordinances, or disorderly persons offenses nonetheless. Some of these offenses are school issues, like cheating or throwing food in the cafeteria, and handled by the disciplinary processes in the school. However, fighting with fellow students, though seemingly a kid thing to do, is assault, including physical harm or aggravated assault by a juvenile who uses a weapon or serious bodily injury occurs. Assault is treated seriously in the juvenile court system.

Some juveniles are victims of abuse themselves at home or elsewhere. They may have been sexually abused and commit sexual offenses too, like sexual assault and criminal sexual contact, or they may fall into prostitution or sex trafficking.

What sentences do youth offenders often get in New Jersey?

The juvenile justice courts and judges are designed with rehabilitation as the goal more so than punishment. With that in mind, many judges sentence juvenile delinquents, any minor who has broken the law, to rehabilitation and education programs or community service rather than jail. So much depends on their age and life circumstances when juvenile justice administrators and judges look at juvenile crimes to pass sentences.

For instance, a drunk 17-year-old caught painting graffiti on a school wall might be charged with criminal mischief, trespassing, and underage drinking. A judge may sentence them to clean up the graffiti, complete a course educating offenders about the dangers of alcohol and drugs, go to counseling and remain on probation for a period of months or years. They may also pay fines for the cleanup or other costs associated with the crimes they commit and to write an apology to the owner of the defaced property. For more serious offenses, they may be held in a juvenile detention center with similar mandated education, rehabilitation, and counseling sentencing conditions, along with promises of early release for compliant behavior.

Of course, serious crimes like murder, kidnapping, sexual assault, or juvenile robbery may yield a detention sentence in a juvenile justice center or even in an adult prison. Juveniles may be tried as adults if the prosecutor successfully waives juvenile court jurisdiction to have the youth tried as an adult. For example, for severe sex crimes, robbery, and murder, juveniles over the age of 15 may be tried as adults in the adult criminal justice system since the choices juveniles make sometimes amount to adult decisions about taking another’s life, property, or freedom.

Young people do lots of crazy things, like climbing on and jumping off bridges, grabbing onto moving cars while skateboarding, doing donuts with their father’s car in the school parking lot, driving off-road vehicles without a license, or running away from police officers or their home. Most of these amount to violations of the law in New Jersey, both small and big. Fortunately, the juvenile system is about getting youth offenders the help they need to rehabilitate and enter society as law-abiding adults, if and whenever possible. So, from start to finish–getting caught by police and being sent home with a warning, with parents, or detained–juveniles have far more leeway and options than adults.

Moreover, a criminal defense attorney who handles juvenile cases can make sure an accused young person is treated properly and afforded every alternative when it comes to sentencing and defense options. Some youth crimes, such as underage drinking, can be handled with a downgrading to an ordinance violation and simple payment of a fine. In contrast, severe adult crime equivalents may lead to prison time if the accused is over 15. In these cases, an experienced juvenile lawyer can protect the young defendant’s rights and ensure they are not taken advantage of by prosecutors or the busy juvenile or adult court systems, with heavy caseloads that need quick disposition.

Hire an attorney if your child has been arrested or summoned to juvenile court or the state wants to charge them as an adult.We defend youths charged with all manner of crimes, DUI, and traffic offenses throughout Ocean County, and we are here for you are your family. Call (848) 238-2100 or contact us online for a free legal consultation today.