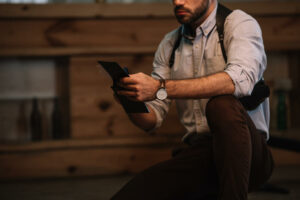 In some movies, the bad guy gets away with the help of an aider and abettor who diverts the police in the opposite direction of the fleeing felon. In real life, however, throwing the police off the trail of a criminal suspect is a criminal offense in New Jersey. Hindering apprehension of a suspected lawbreaker can be a major offense, like a third-degree crime, or a lesser infraction, like a disorderly persons offense. It is also a crime to hinder your own apprehension. Whether a criminal complaint alleges you hindered the police investigation or arrest of someone else or yourself, you will need a solid defense. Otherwise, you face a potentially long time behind bars. If you have been charged with hindering in Ocean County, you need to get in touch with a criminal defense lawyer who can protect your interests and defend your case with the knowledge and skill to make the prosecutor’s arguments unravel. Our Ocean County criminal defense team is poised to attack the charges against you, as we have done for so many others in your predicament in Toms River, Seaside Heights, Jackson, Brick, Manchester, Berkeley, Ocean Township, and others towns in New Jersey. Contact our offices in Point Pleasant for a free consultation to discuss your case with an attorney. We can be reached 24/7 at (848) 238-2100 to provide you with assistance and advice.

The statute applies if you obstruct law enforcement’s ability to apprehend, investigate, prosecute, convict, or punish your or another’s crime (N.J.S.A. 2C: 29-3). There are many instances of hindering as outlined in the statute, such as when an accused hides someone the police pursue or provides other means to the escapee to avoid apprehension. The statute lists disguises, a getaway vehicle, weapons, money, or transportation as hindering methods. Additionally, tipping the suspect off to the police’s arrival, threatening or physically deterring others from pursuing a suspected lawbreaker, aiding and abetting the crime the suspect is escaping, or deceiving those attempting to apprehend a suspected criminal are all forms of hindering. If the police approach you on the street for selling drugs, for instance, a prosecutor could charge you with hindering if you threw the drugs down the nearby storm drain before the police reached you.

The penalty for this charge, N.J.S.A. 2C:29-3, is contingent upon the crime the accused helped to hinder and their relationship to the person accused of committing a criminal act. If the crime is a second-degree crime, then the one creating the distraction to throw the police off may be guilty of committing a third-degree crime. Alternatively, impeding the arrest, capture, or detention of one suspected of committing a fourth-degree crime could result in a disorderly persons offense. If you obstruct police work for your own escape from prosecution, you could face third-degree criminal charges if the underlying action would be charged as a second-degree offense. Third degree crimes carry possible prison sentences of 3 to 5 years. Fourth-degree crimes result in possible prison sentences of 18 months. Both degrees carry high fines, $15,000 for a third degree and $10,000 for a fourth degree. A disorderly persons offense, though not an indictable crime, may still end with a conviction, a jail sentence of 6 months, and a $1,000.00 fine.

How Prosecutors can Prove Hindering Cases in NJ

A charge for hindering apprehension is not always easy to prove. The first component that must be proven is that the accused committed one of the forms of hindering outlined in the statute. Moreover, proving the accused’s knowledge or intention makes this crime especially difficult for a prosecutor. Typically, a jury or judge may deduce a defendant had the intention to commit a crime or offense by circumstances surrounding the crime or infraction. For example, a prosecutor can show the aider and abettor who told the police to go in the opposite direction of the escaped felon intended to hinder the police apprehension by presenting evidence of the parties’ criminal business affiliation, camera footage of the two robbing a convenience store minutes before the police encounter, and witnesses to the planning stages of the crime involving the two.

Additionally, a prosecutor must prove, under the statute prohibiting hindering apprehension, that the hinderer knew the person avoiding apprehension committed a crime or likely did, at least (N.J.S.A. 2C: 29-3). Again, circumstantial evidence is important to proving an accused had knowledge of another’s criminal acts. Circumstances are commonly open to multiple interpretations, and a prosecutor must convince a jury by proving each component of the crime and that beyond a reasonable doubt, you committed a crime.

Defense Strategies when Charged with Hindering in New Jersey

Yet, a different scenario might make the intervener’s intention harder to determine. For example, if the aider and abettor did not know the escapee or that a crime even occurred, they could not have hindered apprehension. They would have to know a crime occurred and purposely interfered in the police pursuit for a prosecutor to prove a hindering crime. Additionally, people make mistakes or do not know the answer to an officer’s question but may nevertheless feel obligated to help law enforcement. For example, the one throwing the police off may have been mistaken as to what they saw and reported to the police the wrong information, though not intending to hinder police work. Unintentionally misleading the police is not a criminal act. And even the suspected drug dealer could have accidentally dropped the drugs down the sidewalk storm drain. Stranger things have happened than a cylindrical container falling out of someone’s pocket to roll down an open storm drain. As such, the requisite intention may be hard to prove.

Besides attacking the elements of the crime, such as the intention to interfere with apprehension and the knowledge that a crime occurred or will occur, one accused of violating N.J.S.A. 29C-39 may assert an affirmative defense to hindering the prosecutorial process. Certain relationships between the parties may form the basis of a defense. So, if one spouse covers for the other, or the accused hinderer is a child or parent of the person they helped, a jury or judge may consider that relationship as a defense to hindering the arrest, capture, investigation, or prosecution of their loved one. However, the situation is not the same for you if you evaded arrest or capture yourself.

By teaming up with the criminal defense attorneys at our firm in Ocean County, you can devise a defense strategy against the prosecution. With your story of how the events unfolded, the evidence the prosecutor has against you, and knowledge of the law, rules, and court proceedings, our criminal lawyers can map out a strategy with you. We can also provide you with an assessment of your case, the strengths, and weaknesses, as well as prepare you for what to expect when you go to court. We can further prepare you for testimony you may provide in court or to criminal investigators, so you know you have defenses against those who seek your conviction and punishment. A criminal defense attorney can be indispensable to your peace of mind. Call (848) 238-2100 or email us today to talk to an Ocean County criminal defense lawyer who can zealously contest your hindering charge. A free consultation is always available to meet your needs.