Drunk Driving during the Holiday Season in NJ

During the time surrounding Thanksgiving, Christmas, and New Year’s, police in New Jersey are on high alert for potential drunk drivers, especially in Jersey Shore towns. 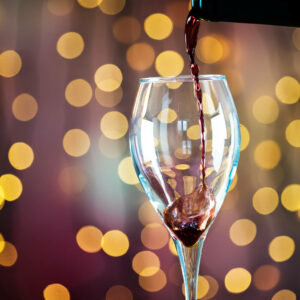 Drunk driving is a year-round focus for New Jersey law enforcement, but they tend to place an even greater emphasis on DWI arrests during the holidays, and specifically on the days surrounding Thanksgiving, Christmas, and New Year’s. That’s because statistics show that there is a higher incidence of DWI accidents and DWI fatalities during this time of year. The reality is that people like to congregate for the holidays, and these get-togethers often involve the serving of alcohol. When people drink at workday office parties, at private family gatherings, and at public bars and restaurants, they are likely to drive home afterwards – and some of them will have a blood alcohol concentration (BAC) above the legal limit of .08%. In the worst cases, a drunk motorist can be involved in a deadly car crash. But even in the best cases, a drunk motorist may be stopped by police and placed under arrest for Driving While Intoxicated (DWI).

As a person accused of drunk driving during the holidays in New Jersey, it is extremely important to know what happens when you are arrested and charged with a DWI/DUI and what you may now be facing in the eyes of the law. A DWI lawyer who knows how to challenge drunk driving charges can be pivotal for the success of your case. If you would like a free consultation with a DWI defense attorney who has been successfully handling drunk driving cases in municipalities throughout Ocean County and the Jersey Shore for more than a decade, contact us at (848) 238-2100 now.

Rise in Drunk Driving During the Holidays

The prevalence of drunk driving around the holidays is likely due to a number of factors: college kids have returned home during their winter break, high schoolers are also on break and out of school, adults are celebrating with alcohol at family gatherings and then driving home afterwards, and New Year’s Eve celebrations typically involve heavy consumption of alcohol. Moreover, highways and roads become more congested at night when people are on their way to, or returning from, parties and other celebrations. All of this can be a recipe for disaster, and it results in a significant rise in drunk driving accidents during the holidays when compared to other times of the year.

The statistics make it clear that navigating the roadways in the winter months can be especially dangerous. According to data compiled by the National Highway Traffic Safety Administration (NHTSA), alcohol is involved in roughly 28% of all fatal car accidents. This number rises to nearly 40% during the holidays. Moreover, in cold-weather states like New Jersey where the roads can be especially treacherous in the winter due to rain, snow, and ice, the dangers and safety risks posed by drunk motorists can be even greater.

DWI Arrests in the Winter Holiday Months in New Jersey

The higher rate of drunk driving accidents around the holidays is a major reason why law enforcement in New Jersey has made a point of cracking down on drunk motorists and enforcing DWI laws in the winter. For example, the state has an annual “Drive Sober or Get Pulled Over” campaign that includes police setting up DWI checkpoints and increasing the number of patrols on roads, at intersections, and in other areas where drunk motorists are most likely to be traveling. Additionally, many local police departments in New Jersey have received additional funding in recent years from the NJ Division of Highway and Traffic Safety (HTS), a state agency tasked with reducing the total number of motor vehicle accidents. The HTS receives millions of dollars in federal funding each year, and it then distributes those funds to local law enforcement agencies throughout the state for various programs, including the annual “Drive Sober or Get Pulled Over” campaign that runs for the entire month of December.

The emphasis on stopping DWI accidents and fatalities before they happen results in a substantial rise in DUI arrests during the holidays, especially in December when the state’s annual drunk driving crackdown is in effect. The idea behind the law enforcement strategy is that the highly publicized presence of police on roads and at sobriety checkpoints will make people think twice before getting behind the wheel while intoxicated. But this also means that anyone who is arrested for a DWI around the holidays is likely to face severe consequences.

Consequences of NJ Drunk Driving Charges over the Holidays

The law on drunk driving in New Jersey is pretty straightforward: anyone who is caught driving with a blood alcohol content (BAC) above the legal limit of .08% will be charged with DWI. Moreover, even if the motorist declines to take a breathalyzer test that would show their BAC to be above the legal limit, they can still be charged with a DWI based upon the police officer’s observations – and they will also face a charge for Breath Test Refusal, which carries additional penalties.

If you are charged with a DWI/DUI, you will be subject to a number of penalties that could cause serious problems for you and affect your life in both the short-term and the long-term. For starters, you may be sentenced to jail time. That’s because drunk driving is taken very seriously by the courts, and many judges issue jail sentences in these cases. This is particularly true in cases involving repeat offenders, who face a mandatory jail sentence. Other penalties that may be imposed against anyone convicted of a DWI include monetary fines and driver’s license suspension. For most first-time DWI offenders, however, license suspension can be avoided by installing an ignition interlock device on the offender’s vehicle. This is a device that requires the driver to blow into a breathalyzer while driving, and it can make things very difficult on the motorist for the duration of the months or even years in which the interlock is required to be installed in their car.

Arrested for Drunk Driving during Holiday Celebrations? We can Help in Toms River, Brick, Point Pleasant, and other towns in Ocean County

It is important to understand that just because you were stopped by police and arrested for a DWI doesn’t necessarily mean that you are guilty of a DWI. The truth is that police can be overzealous when it comes to making DWI arrests, especially during the holidays, and this can lead to mistakes. With an experienced DWI defense lawyer on your side and protecting your rights from the very beginning of the legal process, it may be possible to fight back against your charges and avoid a conviction. Whether it’s filing pre-trial motions with the court to get the prosecution’s evidence ruled inadmissible and thrown out, or challenging the legality of the traffic stop that led to your arrest, or introducing evidence that supports you at trial, a knowledgeable drunk driving defense lawyer can make all the difference in your DWI case result.

Simply contact our office in Point Pleasant if you find yourself arrested for drunk driving during holiday festivities and get a head start on your defense strategy. Our lawyers offer free consultations 24/7 by contacting (848) 238-2100. We often appear in courts across Ocean County municipalities defending DWI cases, including in Mantoloking, Lacey Township, Brick, Toms River, Lavallette, Jackson, Point Pleasant, Stafford, and Seaside Heights.