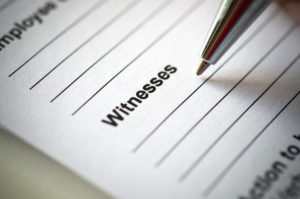 Prosecuting DUI charges with a Drug Recognition Expert (DRE) has become increasingly popular in New Jersey. Often, a DRE will not be able to specify what specific substance was used that impaired the person’s ability to drive. Instead, the officer will rely on a 12-step process to opine to the court that the person was under the influence of some type of drug, technically known as a controlled dangerous substance (CDS), while driving. Recently, in State v. Olenowski, the Defendant challenged the scientific reliability of the DRE’s assessment and ultimate findings. The court has remanded the matter to a special master to determine whether the DRE methods are scientifically reliable and should be used to prosecute those arrested for driving under the influence of drugs in New Jersey. If the methods utilized by the DRE are found to be scientifically unreliable, or not accepted in the scientific community, the opinion of the DRE may not be relied upon in the prosecution of DUI charges moving forward.

For now, courts continue to use DRE reports to support a finding of guilt in DUI cases. However, if you are charged with DUI, you should be aware of the many strategies that can be used to successfully combat DRE testimony and other evidence that may be used to prosecute you. We have extensive experience in the area of DUI defense and are thoroughly prepared to defend you against DUI charges in Brick. Lacey, Manchester, Berkeley Township, Jackson, Seaside Heights, Toms River, and other towns in Ocean County. Contact our local defense firm with offices in Point Pleasant today at (848) 238-2100 if you have been arrested for a DUI on drugs. You can also contact us online to receive a free consultation.

What is a Drug Recognition Expert (DRE)?

In cases involving DUI in New Jersey, officers do not always detect alcohol. Typically, a person who is suspected of a DUI is given field sobriety tests and taken to the station for a breathalyzer test. In many cases, the breathalyzer produces a reading of 0.0%, proving that the person did not drink any alcohol. However, the officer may believe that the person is nonetheless impaired, and request that a DRE review the facts and the defendant to determine if they are under the influence of any other substance. The DRE officer employs a 12-step method for assisting in this determination.

What does DRE Testing for DUI Entail?

A DRE is an officer trained to spot those under the influence of a substance. As part of their training, these officers are taught a series of methods for spotting signs of drug consumption and differentiating drugs that a person may have consumed. The Drug Influence Evaluation (DIE) looks at such things as the breath test, the report of the arresting officer, eye exams, vital signs, muscle tone, dark room evaluations, toxicology exams, statements, and other factors. These factors have come under criticism in recent years, with many opponents of DRE’s claiming that the 12 step method is not scientifically reliable. This argument is now being made in a significant case involving DUI charges in New Jersey, known as State v. Olenowski.

Can You Challenge DRE Reports for Drug DUI in NJ?

Up until this time, the use of DREs in proving DUIs has been frequently employed throughout New Jersey’s municipal courts. Often, a DRE report can be challenged because it essentially represents one person’s opinion. Basically, the testimony of the drug recognition expert and their report after conducting an examination cannot be taken as fact, but instead, as an officer’s findings. A skilled DUI attorney can call this into question and cast doubt on the findings in many cases.

In Olenowski, the Defendant was convicted of a DUI in Municipal Court based upon the DRE officer’s testimony. The Defendant challenged the scientific reliability of the methods utilized by the DRE. Specifically, the Defendant argued that the methods used have never been proven to be scientifically reliable and further, a hearing is necessary to determine the reliability of the DRE methods. In cases not involving drug DUI, courts have permitted scientific evidence to support guilt only if the testing method has been accepted in the scientific community and has been proven to be reliable. For example, in many cases, a lab test that examines a person’s blood for the presence of a substance has been accepted as scientifically reliable. This is because there are studies and proofs within the scientific community that demonstrate its reliability.

Conversely, in DRE cases, there are no concrete studies that can vouch for the reliability of the DRE examination and the 12 steps. Olenoski challenges the fact that courts routinely rely on DREs without having ever challenged the sufficiency of these tests within the scientific community.

Potential Changes to Driving on Drugs Prosecutions in New Jersey

For the first time, the court has remanded the matter to a special master in New Jersey to look into the scientific reliability of the testing methods of the DRE. If, after a hearing, the court determines that the DRE testing is accepted as reliable in the scientific community, then it may be offered as a reliable testing method in prosecuting defendants arrested for DUI. On the other hand, if DRE reports can no longer be used as evidence to support a DUI conviction, this could significantly weaken the state’s ability to prove its case against a person accused of driving under the influence of drugs.

Contact our firm today if you have been charged with a DUI or need assistance reviewing your case involving driving under the influence of drugs. We can help you craft the most effective defense against your DUI charge in Long Beach Township, Beach Haven, Seaside Park, or any other town in the Ocean County area. You can speak to a lawyer free of charge anytime by calling (848) 238-2100 for more information.