Aggravating Factors in a DUI and their Impacts in NJ 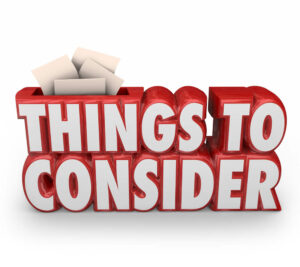 Don’t drink and drive. Who hasn’t heard that? And yet, people do drive after having a drink or two or more. It may be a matter of poor judgment or the hope that you won’t get caught this time, but it’s also easy not to accurately gauge whether you are considered driving over the legal limit in New Jersey. Obviously, drinking and driving can end badly for you and maybe for others too. Not all drunk driving ends in accidents, but some do. When a drunk driver does cause damage to another’s vehicle or to their life, the consequences all around are tragic. The driver could lose their license, their car, or their driving privileges. But even if no one gets hurt, a driver charged with a DWI/DUI stands to lose significant privileges and freedoms if the police pull them over and arrest them. Not only their license but their liberty, financial future, and life opportunities may be lost or restricted.

Drunk driving convictions can lead to license suspensions, steep fines, jail time, community service, insurance surcharges, mandatory education, and driving restrictions like ignition interlock devices. And if caught on federal property, like a national park, a DWI sentence is worse in federal court than in state court, possibly six months in federal prison. But if the driver is convicted for drunk driving with aggravating factors, they could face even deeper trouble. While a DWI is a traffic offense handled in municipal court, it is not a mere traffic infraction, like a speeding ticket. The punishment for driving while intoxicated with alcohol or any other substance that impairs your ability to drive is fixed, so there is little room to bargain or lessen the sentence issued for a first drunk driving charge, a second DUI, or a third DWI offense. And an aggravated DWI generally increases the standard sentences for first or multiple DWI offenders in New Jersey.

Avoiding a DUI conviction should be your top priority, and this is especially important when the DWI carries far worse punishment. Call our office at (848) 238-2100 now for a free consultation with a DWI attorney who can help you defend your innocence.

What are Aggravating Factors in a DWI Case at the Jersey Shore?

A high BAC, even for a first-time DWI, is an aggravating factor that drives up the costs in time, money, and inconvenience for the convicted or those who plead guilty.

A typical first-time DWI when someone’s blood alcohol content (BAC) is .08% to 0.15% results in a license suspension until the convicted driver installs a device that prevents the driver from driving with alcohol in their system. The Ignition Interlock device is just like a breathalyzer, measuring BAC. The conviction sentence also includes thousands of dollars in fees, insurance surcharges, device installation charges, and other fees. However, a driver who registers a BAC over 0.15% may spend some time in jail or performing community service or both, as well as pay enormous fines. For juveniles, the law is even tougher. A juvenile caught with a BAC of only .01% BAC may be convicted of a DWI, and those who are driving on a commercial driver’s license and register a .04% BAC are considered driving under the influence.

Refusing a breathalyzer does not help a DUI charge.

Refusing to take a breathalyzer test does not help a drunk driver beat the BAC reading. If you know you have had too much to drink and your BAC is probably way higher than the limit, you won’t help your cause by refusing to take a breathalyzer test when an officer demands you do so. Refusing to take the test results in penalties that rival a first-timer’s sentence with a higher BAC. You can think about these cases as equivalent to an aggravated DWI, and at the very least, the same level of severity as a DWI charge with a breath test reading. In fact, sometimes these cases are more difficult to challenge because there is no option to get the BAC evidence thrown out and unusable in court. Learn more about this topic here: Convictions for New Jersey DWI without a Breath Test

Other aggravating factors for DUI charges may mean higher fines, longer jail time, and longer license and driving restrictions. Some even come with a criminal conviction and potential prison sentence depending on the case and the nature of the offenses. Some of the most common aggravating factors that worsen an already bad driving under the influence situation include trumped-up traffic violations, like driving while intoxicated plus reckless driving and other road violations, such as speeding and illegal turns. An accident with an injury or death by auto charge, and driving with a minor while intoxicated are also causes for additional charges, higher fines, and longer more extensive sentences. Prior DWI convictions are yet another aggravating factor. All these circumstances can leave a judge or jury with thoughts of recklessness and disregard for others’ lives. As such, a judge is compelled by law to order worsening punishments for those accused of an aggravated DWI when these dangerous behaviors are present.

When someone has been accused of a DWI, the court can consider factors that show the defendant in a more sympathetic light too. A judge may consider a compelling argument by an experienced and articulate DUI attorney who highlights the mitigating factors of the defendant’s behavior. For instance, a defendant who cooperates with the police appears more favorably than one who belligerently makes their job harder by resisting arrest. Other considerations are the dangers posed to others by the defendant’s intoxication. Drivers who are pulled over by the police because they are allegedly driving erratically or recklessly are believed to pose dangers to others. However, a driver who is pulled over for an expired vehicle registration and making an illegal u-turn may be able to show how they were in an unfamiliar city, did not see the “no u-turn” sign, and they were not actually intoxicated. Likewise, a 200-pound man with a .08 BAC may not be considered as much a public danger as someone speeding with a BAC over .15%.

And though a judge is not compelled to consider mitigating factors in determining guilt or innocence, a convincing attorney may be able to persuade a judge to consider them in sentencing. An attorney can also potentially get the charges dismissed if the arrest was improper or the investigation was not performed with the defendant’s rights in mind.

Since your life may be affected for years after a DWI conviction, paying surcharges, fees, and device rental payments, you should find the most trained and tested legal representation available. At the Law Office of Proetta & Oliver, our skillful criminal and DWI defense lawyers have strategies and tools to defend you throughout the court process, whether you are face aggravated DWI charges or multiple charges for criminal and traffic offenses based on aggravating circumstances. Contact us online or by phone at (848) 238-2100 to discuss your case at no cost.