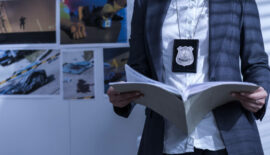 What is an Illegal Search in New Jersey?

What is an Illegal Search in New Jersey? Criminal Law Attorneys Explore Unlawful Searches and Seizures in NJ We live in a society that prizes privacy and independence. From the source of United States law come guarantees of liberty, life, happiness, and by implication, privacy. The Fourth Amendment to the Constitution protects people from unwarranted... Read More 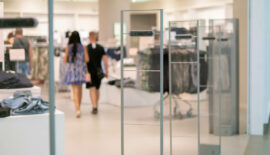 Point Pleasant Shoplifting Attorneys Charged with Shoplifting in Point Pleasant, New Jersey Though known for a beach vacation getaway spot, Point Pleasant offers visitors many entertainment possibilities all year round. For example, Downtown is an explosion of custom antique shops and boutiques, among the array of hotels, restaurants, cafes, and coffee shops. Residents and visitors... Read More 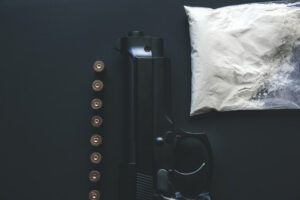 Everyone understands that drug crimes and gun crimes are taken very seriously by NJ law enforcement, and a criminal charge and conviction for either is likely to be met with a harsh punishment that includes possible prison time. But what you may not realize is that New Jersey also has a special law on the books that addresses the unique intersection of drug crimes and gun crimes, and that anyone who is charged under this statute is subject to an enhanced penalty that carries additional time incarcerated. Moreover, since the penalties for all of these crimes can be imposed consecutively, the length of any prison sentence imposed in a Drugs & Guns case is likely to be substantial.

If you or a loved one has been charged with possessing a weapon during the commission of a CDS offense, count on the criminal defense lawyers at our Ocean County law office to defend and protect your best interests and fight tooth and nail for you in court. Our legal team concentrates solely on criminal law in New Jersey, meaning this is what we do all day, every day for clients facing harsh consequences when accused of crimes. With local offices in Point Pleasant, our firm represents clients throughout the Jersey Shore area, including in towns like Brick, Toms River, Seaside Heights, Jackson, Manchester, and Lakewood. Contact us at (848) 238-2100 for a free consultation and discuss your drugs and guns case with an attorney who can guide you further.

New Jersey lawmakers responded to a sharp rise in drug crimes that involved the use of deadly weapons by passing a very specific law to punish anyone who uses or possesses a gun during a drug deal. Authorities determined that there was a need for this law because far too many “drug deals gone bad” were ending in violence, injury, and death. As a result, any person who is accused of brandishing, using, or even merely possessing a firearm during certain drug crimes could be charged with multiple crimes: a drug charge, a gun charge, and a separate Weapons and Controlled Dangerous Substance charge under N.J.S.A. 2C:39-4.1.

N.J.S.A. 2C:39-4.1 of the New Jersey Criminal Code sets forth the elements of a Drug and Gun charge. In order to secure a conviction at trial, the prosecution will need to prove the following beyond a reasonable doubt:

The consequences of a weapons and CDS charge are harsh and unforgiving because NJ lawmakers, prosecutors, and judges all want to minimize the risk to public safety that is posed by possibly violent drug deals. That’s a major reason why the statute classifies a Drugs and Guns offense as a second degree indictable offense, meaning a felony of the second degree. A second degree crime comes with a sentencing range of 5-10 years in state prison, and the judge may also impose a monetary fine of up to $150,000. Beyond that, since second degree felony charges have a presumption of incarceration, it is highly probable that a defendant convicted of a Drugs & Guns violation will have to serve a minimum mandatory term of incarceration even if a plea deal is reached.

Importantly, the 5-10 year prison sentence that a defendant can receive for a Drugs and Guns conviction would be in addition to any other sentences imposed for the underlying drug charge or weapons charge. In fact, N.J.S.A. 2C:39-4.1 specifically stipulates that a conviction under the statute does not merge with any other convictions, which means that prison sentences for multiple charges are stacked on top of each other and must be served consecutively by the defendant. In other words, if you are convicted of marijuana distribution, unlawful possession of a weapon, and a Drug & Guns offense, you could be ordered to serve 10 years for the drug charge, 10 more years for the gun charge, and another 10 years for the Drug and Gun charge, resulting in a total prison sentence of 30 years.

While many criminal cases involving multiple charges see the judge impose concurrent sentences that run at the same time, drugs and weapons crime cases typically result in the judge imposing consecutive sentences that run one after the other. As a result, you could be staring at decades in prison if you are ultimately convicted or plead guilty to any of the charges against you. This should underscore the urgency of securing the most highly qualified legal representation in the form of an experienced criminal defense lawyer who is prepared to help you beat the charges.

The legal process in these cases can take a long time, and it often starts with a detention hearing where the judge will have to make a determination about whether you should remain in detention until your trial starts, perhaps months later. Having a skilled attorney on your side at this early stage can make all the difference, especially if the prosecutor attempts to argue that you should remain in custody because you pose a safety risk to the general public.

Before your trial begins, it will also be in your best interests to have a seasoned attorney negotiating on your behalf to help you get a favorable plea offer from the prosecution. The reality is that prosecutors are far more likely to offer a plea deal that allows you to avoid the most serious charges and stay out of prison if they know that you are represented by a criminal defense lawyer who will aggressively represent you at trial. This is particularly important in a Drugs & Guns case because the prosecutor has the option to dismiss the charge prior to trial. To speak with a member of our criminal defense team immediately, call (848) 238-2100. Free consultations are available to best serve your needs.