When You Need a Stafford NJ Drug Charge Attorney 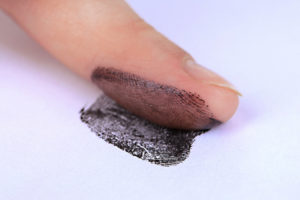 Stafford Township comprises approximately 55,000 square miles of Ocean County, New Jersey. Located along Route 72, the township serves as the entryway to Long Beach Island. Those familiar with the area know that in order to get to LBI, you must pass through Stafford by accessing the Manahawkin Bay Bridge. This popular throughway was inhabited by 22,000 people as of the date of the last census, but the transient population causes this number to swell during summer months, as is the case in other popular beach towns nearby. Stafford Township includes Manahawkin, Bayside, Mayetta and Beach Haven West, to name a few, and the surrounding towns include Barnegat Township, Harvey Cedars, Eagleswood, Ship Bottom, Long Beach Township, Little Egg Harbor, and Surf City. The Stafford Township Police are aware of the population increase in this area and want to make sure that the town remains safe and free from lawless behavior. As such, they will arrest and charge anyone they find in illegal possession a controlled dangerous substance. Those arrested for drugs in Stafford, New Jersey face court, a criminal conviction, and jail time, the specifics of which depend upon the particular substance and the weight of the drug. If this happened to you or a loved one, call a dedicated Stafford drug charge lawyer at our firm today for a free consultation. You can reach us online or by phone at (848) 238-2100.

Possession of a Controlled Dangerous Substance (CDS) in Stafford NJ

New Jersey makes it illegal to possess certain controlled dangerous substances, listed on the five Schedules of Controlled Dangerous Substances, and further categorized according to addictive properties and medically accepted value. Essentially, some drugs have medical benefits but may have addictive properties, and therefore, can only be possessed with a prescription. Other drugs have no accepted medicinal value, are deemed highly addictive, and thus cannot ever be possessed in the state.

Medicines that can be purchased over-the-counter are not outright illegal without a prescription, such as Motrin, Tylenol, and cough syrup. The reverse is true for other medications, especially those with established chemically addictive properties. For example, to possess drugs such as Tylenol with codeine, Percocet, Valium, or Ritalin, you need a prescription. If the police find you in possession of these substances without a prescription, you can be arrested for a prescription drug offense. Similarly, you can be arrested for possessing substances that are sold on the street and entirely unlawful in New Jersey. As you likely already know, it is impossible to lawfully possess heroin, cocaine, methamphetamine, MDMA, PCP, and acid, as these drugs are simply illegal.

How is the degree of a Stafford drug charge determined?

The degree of the drug charges that can ensue as a result of possessing certain substances will be determined by the nature of the drugs in question and their aggregate weight, in addition to other factors that may indicate intended distribution. Generally, the degree of your drug possession charge depends on the type of substance you possess and the amount of the drug. A complaint will be filed and categorized as either a disorderly persons offense (misdemeanor) or an indictable crime (felony). Felony crimes are further specified as first (most serious), second, third, and fourth degree (least serious). The degree of the crime largely hinges on the type of substance for which you are arrested and the total weight of the substance.

When it comes to drug offenses, having smaller quantities will allow for a simple CDS possession charge to be filed against the accused. Common examples of possession charges, their corresponding degrees, and potential sentences include:

Of note, certain quantities may apply to prescription legend drugs, such as fentanyl, oxycodone, suboxone, methadone, and dilaudid.

When a person is charged with drug possession with intent to distribute or dispense, it means that he or she allegedly possessed larger quantities which are more consistent with distribution, as opposed to personal use. For example, recently in Manahawkin, the Stafford Township Drug Enforcement Unit arrested a man after executing a search warrant at his home along East Bay Avenue.  The arrest was the result of a three-month investigation into suspected drug distribution in Stafford. When searching the home, the police found cocaine and marijuana, and the man was subsequently charged with possessing CDS with intent to distribute in the second and third degree.

A second degree drug charge will result from possessing substances in larger quantities amounting to possession with intent to distribute. These charges apply to distribution of cocaine and heroin distribution (0.5 ounces to less than 5 ounces), plus marijuana greater than 5 pounds but less than 25. Your exposure is then 5 to 10 years in prison, hundreds of thousands in fines, $2,000 DEDR, and there is a presumption of imprisonment. On the other hand, a first degree drug distribution charge can only be charged as possession with intent or distribution if you possess larger quantities of drugs, such as more than 25 pounds of marijuana, or 5 ounces or more of cocaine or heroin. If convicted, the court must sentence you to state prison, the term of which ranges from 10 20 years, in addition to potentially crippling fines.

Clearly, first and second degree crimes are considered more serious by the courts, as the punishment is harsher than their lower-level counterparts. Nonetheless, this should not depreciate the seriousness of being charged with a third or fourth degree offense in Stafford Township or anywhere else in Ocean County for that matter. Third and fourth degree charges can drastically alter your intended life path. No one can really afford to go to jail even for a day and for some, this may be the unfortunate reality because of their existing criminal record. Despite how bleak things may appear when initially arrested and charged with a drug offense in Stafford, our attorneys can help.

How can a Stafford, New Jersey Drug Defense Lawyer Help with my Case?

If you have been charged with possession of a small amount of marijuana or a drug-related disorderly persons offense offense, your case will be heard in Stafford Municipal Court. Here, our lawyers can negotiate with the prosecutor to minimize your overall exposure to jail, fines, and multiple convictions. This is also true in Ocean County Superior Court where your felony drug case will be heard. In both courts, we will review the evidence and determine if a motion to suppress is in order, or if the police followed proper protocol, and if the prosecutor pursued an erroneous charge. We can file motions to dismiss the case or have evidence thrown out. Alternatively, we can seek a downgrade of the charges or dismissal through the conditional discharge program or Pre-Trial Intervention.

If you find yourself arrested and charged with a drug offense in Stafford Township, call now for a free consultation. We can listen to your particular case and explain your available options. Whatever you decide, whether the accusations involve drug possession or intent to distribute a controlled substance, we are here for you. All you have to do is make the call at (848) 238-2100.