Charged with Drugs in Lakehurst NJ 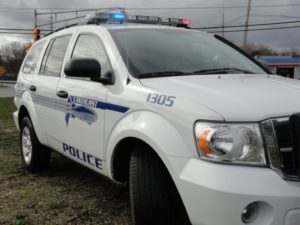 Lakehurst is a relatively small borough in Ocean County, New Jersey. Nevertheless, it is highly patrolled area particularly because the main roadway through the borough, New Jersey Route 70, connects to Route 37 on the west side and Route 547 to the north. Since officers from the local police department and New Jersey State Police are very active in the Lakehurst area, traffic stops and resulting charges for drugs and other criminal offenses are extremely commonplace.

For instance, a 37-year old man was recently charged with several drug crimes after being pulled over by the police in Lakehurst, NJ. After conducting a search of the vehicle, the police found a large quantity of marijuana, Ecstasy pills, Percocet pills, and drug paraphernalia including a scale. The man was with subsequently arrested and charged with possession of marijuana with intent to distribute, Ecstasy possession, Percocet possession, and possession of drug paraphernalia. Like others facing drug charges in New Jersey, the man will be subject to severe penalties if convicted. If you have been charged with drug possession or intent to distribute in Lakehurst, this article provides important information that you need. You can also contact our experienced Lakehurst drug defense lawyers at (848) 238-2100 for answers to your specific questions. We are available 24/7 to provide you with a free consultation.

New Jersey law criminalizes the unauthorized possession and distribution of certain controlled substances and illegal drugs. If an individual illegally possesses a controlled substance in a smaller quantity for personal use, they are typically charged with drug possession, which tends to be a lower grade offense if it involves less than 50 grams of marijuana. Possession of CDS becomes a third degree indictable crime if it involves cocaine, heroin, or other street drugs like Ecstasy (also known as Molly or MDMA).

Whereas most street drugs like cocaine, heroin, and Ecstasy are illegal in the hands of anyone, prescription drugs like Percocet pills (which contain oxycodone) and even marijuana are illegal only when the individual possessing the drugs does not have a prescription for them.

Sometimes, street drugs and prescriptions have similarities that lead to crossover among drug users. For example, the prescription drug oxycodone serves as a gateway for the street drug heroin. Both of these drugs are classified as opioids. In recent years, the United States has experienced an epidemic in opioid addiction, which often begins with addiction to prescription drugs and leads to use and addiction to street drugs. Due to the great harm caused by the abuse of prescription medications, New Jersey law takes unlawful possession of prescription drugs seriously. If you are charged with the unauthorized possession of oxycodone, for example, the degree of the charge and potential penalties vary by the volume in your possession. If you have up to four pills that are not prescribed to you, you may be charged with a fourth degree indictable offense and face up to 18 months of imprisonment and fines of up to $10,000. If you are charged with possession of between 5 and 99 pills, you may be convicted of a third degree crime and face penalties of up to 5 years of imprisonment and fines of up to $200,000.

Regardless of the degree of your Lakehurst drug charges, you need to take an aggressive approach to your defense. The penalties for the unauthorized possession and/or distribution of prescription drugs and street drugs in New Jersey are severe and best handled by an experienced criminal defense lawyer. If you have been charged with a drug offense in Lakehurst, New Jersey, contact the attorneys at Proetta & Oliver to review your case right away. We can be reached immediately at 848-238-2100 to provide you with a free consultation.