What are the Consequences of Being Arrested for Cocaine in New Jersey? 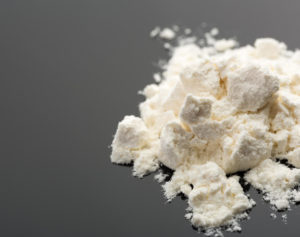 In New Jersey, cocaine is illegal. Specifically, it is illegal to possess cocaine in this state under N.J.S.A. 2C:35-10, which encompasses many different drugs that are listed on the Schedules of Controlled Dangerous Substances. Cocaine is a Schedule II controlled dangerous substance. Identification of a substance as a Schedule II drug means that, at a minimum, you will be charged with a third degree indictable (felony) crime for cocaine possession. This is true even if only a tiny amount is found on or around you. If caught with cocaine beyond the scope of mere possession, you will be charged with an indictable crime, but the degree can vary. The type of charge and the degree of the crime depend on the amount and the circumstances surrounding the offense.

When arrested for cocaine, the consequences you ultimately face can be as minimal as a dismissal or as damaging as twenty years behind bars. Drug defense attorneys as experienced as ours can help if you are facing cocaine charges in Ocean County, New Jersey, so please feel free to call (848)-238-2100 for a free consultation and answers regarding your specific case. Read on for more about the punishments for cocaine in New Jersey.

What type of crime can I be charged with for cocaine in NJ?

Before a jury can convict you of a crime involving cocaine, the substance must be scientifically proven to be cocaine. This is done by sending the sample to the state police laboratory after the substance is collected by the police. The lab report will identify the substance, as well as the weight. The weight of the drug, among other factors, will direct the police on what type and degree of crime to charge you with.

No matter what, possession of cocaine is a felony crime by law in New Jersey. However, the police can charge you with different crimes if you possess larger quantities or if you have been caught dealing the drug. The possible charges are possession N.J.S.A. 2C:35-10, as well as possession with intent to dispense or sell, and distribution under N.J.S.A. 2C:35-5. When it comes to crimes of varying degrees, the general rule is the lower the number, the more serious the crime. For example, first degree crimes permit the harshest punishment, while fourth degree crimes permit the least. For cocaine, the possible charges and penalties are below:

The above crimes also mandate the court to order your DNA and fingerprinting to be obtained and maintained in a database. The database will identify you as a convicted felon and it can also link you to crimes should you commit them in the future. Beyond that, you can be forced to give up your driving privileges in this state for between 6 and 24 months.

What determines if I am charged with cocaine possession or intent to distribute in New Jersey?

In some cases, the weight of the cocaine is the deciding factor in charging straight possession versus possession with intent to distribute. In other cases, distribution is charged because you were caught in the act of distributing the substance. For example, if you possess 5 ounces of cocaine, there is no straight possession charge because the law assumes that if you have such an amount, it was intended for sale, not personal use. If you were caught selling cocaine, distribution in the third degree at the very least, will be charged regardless of the minimal amount.

The weight of the cocaine is aggregated and includes any adulterants or dilutants. So, if you have cocaine bundled in smaller bagged quantities, the state lab will weigh it as though it were one, thus making the total weight higher. This is true even in distribution cases in which an amount is sold on two separate occasions. The amounts are added together to bump up the degree of the charges. Similarly, if the cocaine you possessed was cut with baking soda or another cutting agent, the baking soda counts toward the total weight of the cocaine.

Of note, you may face additional charges if you are arrested for cocaine with intent to sell in a school zone or you are accused of drug distribution within 500 feet a certain public property, such as a park or housing facility.

Charged with Cocaine in NJ, What can be Done?

Regardless of the specific allegations in your cocaine case, the consequences of a conviction can be severe. However, there are things that can be done to combat the proofs of the case or lessen your chances of you going to jail. Toward that end, we can file a motion to suppress, challenge the sufficiency of the lab reports, help you apply for Drug Court or Pre-Trial Intervention if this is your first offense, or otherwise put you on the right track to obtaining better results. For more information and representation contact us at (848)-238-2100 today.

You may also be interested in learning more about: