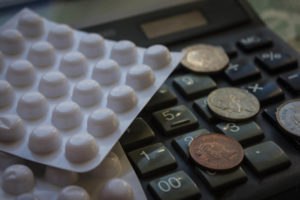 Brick Township, New Jersey was once touted as one of the safest cities in the state. Since its original ranking, the town has fallen victim to the opioid epidemic. Not that long ago, in 2012, the town had the sixth-highest number of overdoses in NJ, lagging slightly behind such larger cities as Newark, Jersey City, Paterson, Atlantic City and Camden. While this number has decreased slightly according to a 2017 survey, the town is still arguably plagued with drugs and drug abuse just like every other town throughout the state. Highly attuned to the prevalence of controlled dangerous substances, there is a narcotics task force that serves Brick Township, whose members are armed and ready to arrest those who violate the State’s drug laws. Due to this inexorable fact, anyone found to be in possession of a controlled dangerous substance (CDS) in Brick will be charged accordingly. When you have been charged with drugs, the nature of the charges, sentence potentially received, and court you attend will depend on many factors. Below provides further information that may assist you with your Brick drug possession case. Beyond the general things to know, we at Proetta & Oliver can provide concentrated guidance and answers if you reach out for a free consultation. Please contact us at (848) 238-2100 to discuss your charges with an attorney at no cost.

A controlled dangerous substance is any substance identified as being on one of the five lists of controlled dangerous substances, otherwise known as schedules. CDS can be common street drugs or those prescribed by a prescription. When someone is charged under N.J.S.A. 2C:35-10 or N.J.S.A. 2C:35-10.5 for possessing CDS on the streets of Brick and across the state of New Jersey, the offense may involve:

Drugs include any derivative of a substance and are not confined to the commonly accepted definitions adopted by users. In other words, if a laboratory proves that the substance you possessed has similar chemical properties to substances that are banned or those for which you need a prescription, you may be arrested and criminally charged. The grading of the charges depends on the substance itself and the amount possessed.

What degree crime is it to possess drugs in Brick?

When arrested for possessing a controlled substance, the degree of the offense varies based on the amount possessed and the type of drug possessed. A simple review of the Brick Shorebeat reveals how rampant drugs are in the community. In Brick and elsewhere, drug charges run the gamut from simple possession to distribution. For example, let’s say you were arrested after a traffic stop on Fairfield and Lynwood Avenues resulted in a search of the vehicle in which the police netted 11 grams of crack cocaine. Possessing crack is a third degree crime, provided that the amount possessed is less than half ounce. And there are additional charges that may be filed when other items are recovered.

For instance, perhaps the police also found packaging materials, baggies, a scale, and an additional 7 Xanax pills. The police consider the possession of the crack and the Xanax together with the other items found and charge you with possession as well as possession with intent to distribute. This is not unusual, as people are often charged with multiple crimes for the same drugs. Just for possessing cocaine, the crime is a third degree, which means the person faces 3-5 years in state prison. For the Xanax, if the amount was four or fewer doses, the person would be charged with a disorderly persons offense and face 6 months in the county jail.  However, for 5 or more pills, this increases to a felony crime.

Another example  of a CDS offense in Brick occurred when the police executed a search warrant along Fairfield Avenue. Once inside the residence, the police found cocaine, suboxone, crack, steroids and THC cartridges. The cocaine and and heroin possession are third degree crimes, while possessing the THC cartridge is a fourth degree crime. If, however, the marijuana was found in organic form (as opposed to THC in a vape), and was less than 50 grams, it would be a disorderly persons offense.  If greater than 50 grams, a complaint for a fourth degree crime would be filed. For the fourth degree indictable offense, incarceration for up to 18 months can be imposed.

What court will I attend for Brick drug possession charges?

If you are charged with possessing less than 50 grams of marijuana, possessing 4 or fewer doses of a prescription legend drug, having paraphernalia, failing to turn over CDS to the police or having prescription drugs not in the proper container, your case will be heard in Brick Township Municipal Court. Upon conviction, your exposure to consequences includes jail for up to 6 months, a fine of up to $1,000, an additional mandatory DEDR penalty, suspension of your license, and probation. Disorderly persons offenses are heard in Municipal Court, while indictable felony crimes are heard in Ocean County Superior Court.

If you are in a situation where you have been charged with either a first, second, third, or fourth degree felony, your case will be heard in Ocean County Superior Court. Indictable crimes are punishable by ranges of time in New Jersey state prison and heavy fines, amounting to hundreds of thousands of dollars in some cases. Moreover, if you have been charged with an indictable crime, you can be held in jail without bail until your case is resolved or tried. This is because under bail reform, any person who is charged on a warrant can be held if, after a motion for detention by the prosecutor and corresponding hearing, it is determined that they will not show up in court as directed, is a danger to the community, or is at risk of committing a new offense. If you or a loved one has an upcoming detention hearing in Ocean County, our skillful defense attorneys can assist with arguing for your release from jail while your case is pending. We have achieved bail release and release on conditions for a multitude of clients through skilled arguments made before the presiding Ocean County Superior Court Judge.

Discuss Your Case with a CDS Possession Defense Attorney Near Brick

When facing drug charges in Brick, NJ, it is worth hiring the right criminal defense lawyer who can aid with approaching your case bringing years of knowledge and experience from the beginning. Our Ocean County law office can help by combing through the evidence, challenging police statements and reports, and by negotiating with the prosecutor on your behalf. If you would like a free consultation and legal counsel for a drug case, call (848) 238-2100 today.