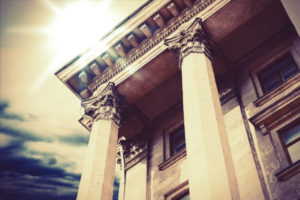 Residents of New Jersey are constrained by at least two different sets of laws: federal law and state law. The consequences of committing a criminal offense and the legal process applicable to the criminal prosecution you will face can vary dramatically depending on whether you allegedly violated federal or state laws. Our experienced Ocean County criminal defense lawyers explain some of the key similarities and differences between facing a federal versus a state criminal prosecution in New Jersey. If you have been charged with a state or federal crime, call (848) 238-2100 to consult with an attorney who can provide answers tailored to the facts of your particular case.

Most criminal prosecutions, purely by the numbers, involve state crimes. These crimes are often less serious than federal crimes, although there are some notable exceptions, particularly the crime of murder. Typically, crimes like assault, theft of movable property, criminal mischief, burglary, robbery, arson, and similar offenses are state crimes. There are some exceptions to this rule. If you commit a crime as simple as vandalism on a military base or on federal property, you may find yourself prosecuted in federal court, but these situations make up only a small minority of federal crimes. You will usually end up in state court based on that type of offense.

Similarities Between State and Federal Prosecutions

The general procedure applicable to a criminal prosecution in federal versus state court is relatively similar, although any criminal defense lawyer tasked with representing you should be familiar with the relevant distinctions between state and federal rules of criminal procedure, rules of evidence, and substantive law, depending on the type of crime that you face. Generally speaking, you will be indicted or a complaint will be filed against you in either court system, you will appear for arraignment, you will go through pretrial motion practice and an exchange of discovery, dispositive motions or motions to suppress evidence may be litigated, and you may ultimately be tried by a court or a jury of your peers. The technical rules of evidence and criminal procedure do differ to some extent between systems, as may your access to pretrial diversion programs. While there are many similarities between the procedures applicable in both court systems, the grand jury and indictment process in federal court can take much longer than criminal proceedings in New Jersey Superior Court.

Similarities between state and federal criminal proceedings truly end when you reach the sentencing phase of a state versus a federal criminal prosecution. Federal crimes tend to be associated with a greater number of mandatory minimum sentences than state crimes. That means federal time translates to real time incarcerated, with less opportunities for early release. In a federal case, a federal judge will sentence you in accordance with the Federal Sentencing Guidelines, a matrix or grid that assigns a recommended range of penalties for each crime based on the federal offense at issue and based on a defendant’s criminal history. A federal judge may technically depart from the sentencing guidelines, but typically federal judges adhere more closely to these proposed (and comparatively harsh, by state standards) guideline sentences, whereas state judges tend to have more discretion in determining your punishment.

You should also be aware that federal prosecutors tend to have resources, training, and backgrounds that are a cut above your average state or municipal prosecutor, and these prosecutors are able to rely on the FBI, the Secret Service, the Bureau of Alcohol, Tobacco, and Firearms, and the DEA, among other incredibly powerful and well-resourced agencies for investigative support. Above all, you should know that while facing any criminal charge can be very serious, facing a federal criminal charge can be even more serious.

Regardless of whether you face state or federal criminal charges in New Jersey, you should get help from a criminal defense attorney experienced in the corresponding area of law and criminal procedure as soon as possible after you learn that the charges are pending against you. Our criminal defense lawyers in Ocean County, NJ regularly defend clients in New Jersey federal court, as well as superior and municipal courts throughout the state. To speak with a lawyer about the details of your criminal case free of charge, contact our local Toms River office at (848) 238-2100. A member of our team is available immediately to assist you.