What is an Illegal Search in New Jersey? 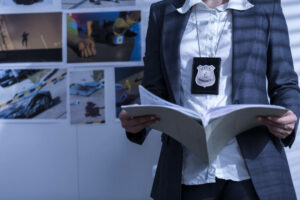 We live in a society that prizes privacy and independence. From the source of United States law come guarantees of liberty, life, happiness, and by implication, privacy. The Fourth Amendment to the Constitution protects people from unwarranted intrusions by the state or government. It protects individuals from illegal searches and seizures. New Jersey’s Article I, Section 7 of its constitution echoes the words of the 4th amendment. For both federal and state, reasonable searches and seizures are those law enforcement conduct based on sound reason. For example, the police who rely on an informant’s report of an incoming shipment of guns to a particular location may act reasonably in seeking a search warrant for the specific premises to search and items to seize. Further, if law enforcement verifies the informant’s information is probably true and then presents to a judge their sworn declaration of probable cause to believe a crime is in progress, they have acted reasonably.

Requirements for Valid Searches and Exceptions to the Warrant Requirement

Probable Cause and Warrantless Searches

When law enforcement does not have probable cause to search a location or a valid warrant, their search is most likely unlawful. However, there are exceptions to the rule of lawful searches and seizures with a warrant. Police often conduct warrantless searches, which are legal. For example, a warrantless search of a motor vehicle may be lawful if the police believe that the car contains evidence of criminal activity that is in danger of being destroyed or lost. Thus, when an officer pulls a driver over and observes the passenger dumping something powdery outside the window, the police may have probable cause to stop and search the car. They may watch the driver and passenger acting nervously and unresponsive when asked about what they dumped outside the vehicle. They may believe that the vehicle occupants may destroy illegal drugs in the car before they get a warrant.

A warrantless search may be justified by exigent circumstances, when suspects attempt to elude the police, destroy evidence, or otherwise act unpredictably, even driving or running away. But only if the initial stop is lawful. For example, when police pull a vehicle over for a traffic stop without evidence of a traffic violation, they may be unlawfully gathering criminal evidence from a vehicle search. Although the automobile exception allows for a search based on probable cause without a warrant, the probable cause requirement must be fulfilled. Otherwise, the evidence is then subject to a motion to suppress. Similarly, the police cannot pull someone over for an illegal reason, like racial profiling. In either case, a criminal defense attorney would most likely file a motion to suppress evidence obtained by an unlawful search and seizure. If granted, the prosecutor cannot use the tainted evidence to convict their client.

Likewise, a warrantless search of a vehicle where no probable cause and exigent circumstances exist is unlawful. Therefore, the evidence seized is subject to a motion to suppress unless the vehicle driver consented to the search. A police officer can ask for consent, though a driver does not have to give it.

Aside from consent, a police officer may search a vehicle or person when criminal evidence is in plain view. For example, an officer who stops a driver and sees a drug pipe on the car floor may reasonably suspect that the drug pipe is illegal drug paraphernalia and that drugs may exist in the vehicle. They may search the car and seize the drug pipe and other evidence of criminal activity. However, the plain view exception to a legal search with a valid warrant must consist of an unassisted plain view and clear evidence of illegal activity. So, an officer cannot use ultraviolet light to scan a purse or even squeeze a bag to find criminal evidence without a warrant. They cannot use a long-range scope to investigate someone’s apartment to look for crime evidence. These are not instances of plain view sightings, and the warrantless search is probably illegal.

Warrantless searches of homes are also illegal unless an exception applies. The home also includes curtilage or areas considered part of the home and within the expected zone of privacy. As such, places like a yard, porch, or patio constitute curtilage. These too are protected areas that require a warrant to search if they are near the residence, enclosed, extending from the home, used as an extension of home activities, and visibly made private by a fence or other privacy enclosure. Thus, a state agent may not come to your front porch and look through your furniture for illegal items. However, if the police at your door for a legitimate reason see a gun on your patio, they may search the area for their protection pursuant to an exception to obtaining a warrant. A unique extension of a residential search is a search of a hotel room, which you can learn more about by clicking the link.

As to body searches or frisks, an officer may look for a weapon on a pat-down search (a Terry Pat Down named for the Terry v. Ohio case) upon reasonable suspicion that the person has a gun. However, for other evidence, such as drugs or stolen property on a person, the police must first have probable cause to believe a crime was, is, or will be committed and that the evidence threatens to be destroyed imminently. In other words, there must be exigent circumstances and reasonable suspicion of a crime to justify a body search without a warrant. Otherwise, the police may search a person after a lawful arrest or an informed and free consent by the individual.

Practically speaking, searches and seizures must not unnecessarily intrude on an individual’s expected area of privacy, such as their body, home, or car. The state must have a reasonable suspicion that a place or person holds evidence of illegal activity to allow them to intrude on an individual’s privacy sphere. Unless the police observe criminal activity, fear for their safety, protect an endangered person (community caretaking exception), spy criminal evidence in plain view or find themselves in exigent circumstances, they need a warrant to legally gather items belonging to someone else without a warrant. And when they do have a warrant, they must follow the requirements of the warrant. So, if they must knock and announce themselves before entering a dwelling, the police who fail to do that violate the constitution. Furthermore, they cannot legally wiretap your phone or computer without following the procedures outlined in the New Jersey Wiretapping and Electronic Surveillance Control Act.

You may not even know that the police who arrested you did anything wrong until you talk to an experienced criminal defense attorney. A criminal lawyer who knows the requirements and intricacies of search and seizure law can tell if you were a victim of an unreasonable search and seizure by listening to you recount the details of your search, seizure, and arrest, as well as investigating all of the evidence and police conduct involved in your case when representing you. Whether the police acted unlawfully depends on the facts of each case.

Since unlawful searches and seizures are not uncommon, you must discuss your case with a seasoned criminal defense lawyer who can file a motion to suppress evidence from an illegal search. Sometimes, a successful motion to suppress illegally obtained evidence means the end of the criminal charges against you or, if not a dismissal, then a favorable plea or alternative resolution with reduced charges and consequences. Thus, if the charge against you is illegal weapon possession, but the police obtained the weapon by an illegal search, there may be little a prosecutor can do to prove you possessed a weapon illegally without introducing the weapon to the jury. This is similarly applicable in drug cases resulting from narcotics investigations, where unlawfully retrieved drugs simply can’t be introduced in a court of law. Contact our Ocean County law office to speak with an attorney about the search and seizure that occurred in your criminal case. Consultations are free, confidential, and available 24/7 by contacting (848) 238-2100.