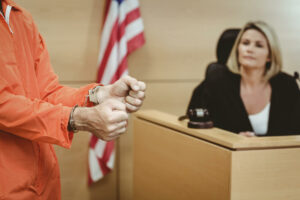 In New Jersey’s criminal statutes, the legislature included legal presumptions regarding sentencing and admitting evidence of a crime to the courts. The sentencing presumptions pertain to incarceration, while the evidentiary presumptions pertain to the evidence a prosecutor must provide as proof of a crime to fulfill their burden of persuasion in prosecuting a criminal defendant. They must convince a jury, leaving little doubt, that the defendant committed the charged crimes in a criminal complaint. Thus, the legislative scheme considers the burden of proof for specific crimes, including domestic violence, theft, drug chargess, weapons and firearms offenses. If you or a loved one has been arrested and charged with a crime anywhere in the state of New Jersey, it is critical to understand the presumptions that apply to your specific case and the impact these could have on the legal process and sentencing considerations if you are ultimately found guilty.

With decades of combined experience, our criminal attorneys at the Law Office of Proetta & Oliver have a uniquely expansive understanding of criminal law presumptions and how these are taken into account when we are defending our clients. When you need help with a criminal case in Ocean County, NJ, such as robbery, burglary, unlawful possession of a weapon, terroristic threats, heroin possession, shoplifting, eluding police, or aggravated assault, our lawyers are well-versed in the nuances of your case and we are here to help. Contact us if you have been charged in Toms River, Brick, Point Pleasant. Seaside Heights, Jackson, Manchester, Lacey or another town in the Jersey Shore area. You can reach us online or call (848) 238-2100 for a free consultation.

New Jersey’s Rules of Evidence define presumptions as relieving one who has the burden to prove a fact of the duty to prove that fact when another fact is clearly in existence. So, as mentioned, if someone has a gun on their person, the presumption is that the gun is theirs. A police officer arresting a suspect or a prosecutor trying the defendant does not have to separately prove the weapon belongs to the defendant by hunting down the license for the gun. A presumption at law allows a judge to assume a fact is true until proven otherwise by evidence that disproves that fact. When a party presents evidence that weighs toward disproving or rebutting the presumption, the judge can consider the rebuttal evidence rather than the presumption. In essence, presumptions allow logical shortcuts to proving criminal evidence to the jury.

Specific categories of crimes have presumptions attached to them. For example, N.J.S.A. 2C:39-2 outlines presumptions for possession of weapons and firearms. One presumption applies to proving possession at the time of arrest: if the police find a gun in the car and only one person is driving the vehicle, they can assume the weapon belongs to the driver. And if the gun is in the glove box and the car is legitimately in their possession, the presumption is the weapon belongs to the driver. Likewise, if the police find a gun in a suspect’s pocket, it is presumed to be theirs. But when a gun appears in a taxicab with passengers, the presumption is that all the passengers possessed it, not the cab driver.

Presumptions in Sentencing for Criminal Charges

Sentencing presumptions work a little differently. First degree crimes and second degree crimes, especially those with aggravating circumstances, include presumptions of incarceration in state prison (not county jail). The most apparent reason is the crimes that are graded higher than the fourth degree and the third degree are those the legislature most wanted to deter for the egregious nature of the crimes. As such, a presumption exists that if you commit first or second degree felonies, you are going to prison. On the other hand, a third or fourth degree crime or disorderly persons offense does not come with such a presumption (N.J.S.A. 2C:44-1e). Therefore, a defendant has a better chance of persuading a judge not to incarcerate them. Instead, a judge could order probation or divert a first-time defendant to a probation-like program. Note that stealing a car, typically a fourth degree crime, is one of the exceptions.

Though the presumption of non-incarceration for lesser graded crimes or offenses is the general rule, there are exceptions: auto theft, eluding the police, and leaving the scene of an accident where someone was injured or died. However, all presumptions are rebuttable. That means that if the accused presented evidence to show the gun in the glove box did not belong to them, the evidence might persuade a judge to sentence the accused to probation, not incarceration. After producing evidence of the gun permit and testimony that they gave the gun owner a ride, the judge may even dismiss a charge of illegal weapons possession altogether.

Another presumption occurs in the domestic violence arena. After New Jersey’s 2017 bail reform, those arrested for domestic violence and charged on a warrant complaint must spend up to two days in jail while pretrial administrators complete a risk assessment. The assessment on the defendant is for the judge to consider at a pretrial detention hearing. The pretrial assessment considers factors such as the nature of the crime and the defendant’s criminal history. If the risk assessment shows the defendant is a public safety danger, the court can detain the defendant in jail until their case ends. The apparent reason is for protecting the victim or others in the public whom the defendant might endanger in retaliation or other reasons. Aside from public safety, however, the assessment determines the defendant’s likelihood of fleeing, in other words, whether they are presumed to be a flight risk.

Presumptions of Detention for Extreme Crimes

When arrested and charged for murder or other crimes with a lengthy prison sentence, a person accused of committing is presumed to be a flight and/or safety risk, and a judge will detain them until the conclusion of their case. Incarceration ensures that they appear in court for their pretrial hearings and trial. It also guarantees they neither obstruct justice nor endanger public safety. In the inverse, the law presumes that the defendant should be released rather than detained pretrial if the crimes committed carry a lesser sentence. In other words, when the stakes are not as high as life or decades in prison, a judge presumes that the defendant should be released on their own recognizance, or with conditions. The law assumes they will return to court as ordered, will not obstruct justice, nor endanger anyone. Both presumptions are rebuttable upon clear and convincing evidence to disprove the presumption (N.J.S.A. 2A:162-20).

Thus, if you are caught stealing a car with a firearm or drugs in your possession or committing domestic violence, the evidentiary and incarceration presumptions can work for or against you. You must prepare to rebut presumptions against you to avoid imprisonment, detention, or criminal charges. These are technical evidentiary issues that our seasoned criminal defense attorneys deal with regularly. We know the presumptions that cause uphill battles for our clients, so we carefully prepare our clients’ cases given those presumptions, in an effort to overcome the negative impacts and take advantage of the positive ones that may lead to better results.

There are many ways our Ocean County defense lawyers can help rebut presumptions that hurt your case and jeopardize your freedom, which can have a major impact on your life. When we get involved in your case, an experienced criminal defense attorney on our team examines the facts to look for evidence that can rebut a presumption of incarceration for a first or second degree crime or, if not possible, look for other ways to shorten or divert the sentence. In addition, we can challenge the pretrial detention presumption for egregious crimes by showing evidence of the defendant’s ties to their community to deflect the flight risk factors or propose house arrest with monitoring to keep you out of jail. We tackle the most challenging cases and if the facts are in your favor, we are never afraid to fully litigate the case at trial. No matter the crime or allegations you are facing, consider enlisting the help of an attorney rather than going up against the state unarmed with an effective strategy. Get a free legal consultation regarding your criminal charges by contacting us at (848) 238-2100 today.