Charged with a 1st Degree Crime in Toms River NJ 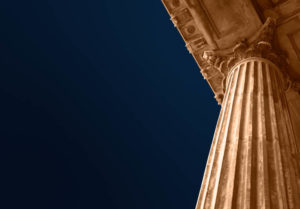 If you have been charged with a first degree crime in New Jersey, it is possible for you to be held in jail without bail for the duration of your case. On top of that, you may face anywhere from 10 years to life in prison, depending on the crime charged. Under NJ criminal justice reform, there is no constitutional right to bail and the court will look at several factors in determining whether you are eligible for release. In fact, many first degree crimes will make you ineligible for release, while others do not. Regardless of whether you have been charged with a sex crime like aggravated sexual assault, a property crime like first degree robbery, or an assault or threat related offense like kidnapping, it is imperative that you seek defense help from an experienced criminal attorney at the inception of the case. The stakes are simply too high in the face of an indictment on first degree criminal charges, as your freedom and your future are hanging in the balance. To that end, if you or a loved one has been arrested or is under investigation for a 1st degree crime in Toms River, Brick, Stafford, Jackson, Manchester Twp., Seaside Heights, or elsewhere in Ocean County, the seasoned criminal defense lawyers at Proetta & Oliver are fully committed to defending you. Contact our local Point Pleasant office at (848)-238-2100 to discuss your individual case and how we do everything in our power to prevent you from spending years of your life behind bars.

What are First Degree Felony Charges in NJ?

Take a moment to think about the most egregious conduct imaginable and chances are that you have named some first degree crimes. Murder, armed robbery, aggravated sexual assault, manslaughter, maintaining a drug manufacturing facility, kidnapping, drug-induced death, and carjacking are all first degree crimes. Moreover, first degree crimes require state prison sentences upon conviction, the duration of which can extend for decades depending on the specific conduct giving rise to the charges.

What are the Penalties for a 1st Degree Crime in New Jersey?

If you are convicted of a first degree crime, at a minimum, you are facing imprisonment for 10 years. In fact, while 10 to 20 years is the permissible term for 1st degree charges, some offenses allow for, or mandate, longer periods behind bars. In actuality, only first degree crimes have possible life terms. And generally speaking, facing charges for a 1st degree crime is the worst case scenario when it comes to prosecution under the New Jersey criminal code.

For murder, the minimum time in jail is 30 years during which you are not eligible for parole. You are also subject to a minimum of 25 years and actually serving 25 years for aggravated sexual assault involving a child less than 13 years of age. Aside from the incarceration time, a fine of $200,000 can be imposed and you could be ordered to pay for any injuries or losses sustained by the alleged victim. Paying for such injuries is called restitution. Unfortunately, most people spending 20 years in jail will be hard-pressed to come out and easily pay $200,000 in fines and more in restitution. When the charges involve drugs, these fines can increase substantially, with some warranting as much as $350,000.

Can I get bail for a first degree crime in Ocean County?

Not all crimes allow for bail release by law in New Jersey. In 2017, the state underwent extensive changes in the way courts can hold a person who is alleged to have committed a criminal offense. This sweeping change is known as criminal justice reform or CJR. The law was passed and ultimately allows more offenders to be released without any monetary payment while their case is adjudicated. The reasoning behind these significant modifications was that existing criminal systems, operating with cash bails, disproportionately impacted economically disadvantaged populations without regard for the nature of the crimes allegedly committed. In keeping with that sentiment, under the old bail system, the wealthy could get out of jail without regard for the heinousness of the offense simply by paying a high premium. Conversely, those without economic means may be held in jail for relatively minor offenses based solely on their inability to make bail.

CJR changed the system and made bail based on factors unique to the individual. For example, criminal history, a person’s history of appearing in court as directed, and the danger posed to the community, are all factors that the court considers when determining the release or release with conditions of the defendant. For some, however, these factors have no impact, as bail is simply not permissible. Crimes for which the court can issue a term of life in prison and the crime of murder in particular, entail a presumption of detention, making the person ineligible for bail. You should be aware that in almost all first degree cases, a prosecutor will file a motion to detain you.

It should be noted that the prosecutor can file for detention in almost any case if they assert that the defendant is a danger to the community, is at risk of re-offense or commission of a new crime, or if a witness is at risk. It is not uncommon to witness meritless detention motions being filed by prosecutors, and criminal charges more generally for that matter. Due to the complexities of these cases, it is vital to have sound legal assistance with your defense.

When charged with a first degree felony, these accusations need to be met with planning, knowledge, and skill. If not, you risk being sentenced to prison for years or even the rest of your life. Fortunately, we can help. Our aggressive criminal lawyers will fight tooth and nail to get you out and to and make it difficult for the state to prove its case against you. We will review the facts of the case, investigate claims, and poke holes in the state’s rendition of what happened. Contact us now at (848)-238-2100 to discuss your charges and how we can be of assistance with your defense.