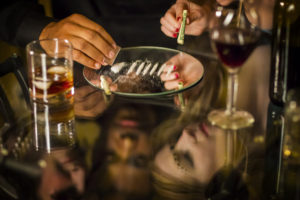 Cocaine is a very popular recreational and party drug that is frequently used throughout New Jersey and the tri-state area. Despite its prevalence, the consequences for possession are severe. If you have been found in possession of cocaine, your night most likely went from good to bad very quickly. Simple possession of cocaine, no matter how insignificant the amount, is a third degree indictable offense, also known as a felony. A large percentage of the cocaine charges we handle involve minimal amounts of the drugpage which are left over from the night before. Founding attorney, Will Proetta, Esq., has successfully handled a wide array of criminal and municipal charges over the years, including numerous cocaine cases. Our lawyers defend clients facing cocaine charges throughout Ocean County, New Jersey including Point Pleasant Beach, Seaside Park, Brick Township, Bay Head, Lakewood, Jackson, and Manchester. If you would like to speak with an experienced Ocean County cocaine defense lawyer please contact our Toms River office for a free initial consultation at (848) 238-2100.

The New Jersey law for possession of cocaine is listed below, in pertinent part, for your convenience.

a. It is unlawful for any person, knowingly or purposely, to obtain, or to possess, actually or constructively, a controlled dangerous substance or controlled substance analog, unless the substance was obtained directly, or pursuant to a valid prescription or order form from a practitioner, while acting in the course of his professional practice, or except as otherwise authorized by P.L.1970, c.226. Any person who violates this section with respect to:

(1) A controlled dangerous substance, or its analog, classified in Schedule I, II, III or IV other than those specifically covered in this section, is guilty of a crime of the third degree except that, notwithstanding the provisions of subsection b. of N.J.S.A. 2C:43-3, a fine of up to $ 35,000.00 may be imposed;

Cocaine related violations of N.J.S.A. 2C:35-10 are often referred to as “simple possession of cocaine.” These charges apply in cases involving any amount of cocaine, including trace amounts found on drug paraphernalia. Simple possession of cocaine is a third degree indictable offense. Therefore, if convicted, you will face between 3 and 5 years in New Jersey state prison and will be subject to penalties such as probation, community service, mandatory drug counseling, loss of your driver’s license, and thousands in fines. Some of the potential consequences of a conviction for cocaine possession in New Jersey include a fine of up to $35,000, a six-month suspension of your driver’s license, and a felony conviction on your criminal record which can significantly impact your ability to obtain employment and other future opportunities.

If you are charged with cocaine possession, you may qualify for enrollment in the Pretrial Intervention (PTI) program. The eligibility requirements for PTI include: having no prior criminal record, never using a diversionary program such as PTI or conditional discharge before, and not facing additional charges for cocaine distribution or another second degree or first degree crime. If you do qualify for Pretrial Intervention, you can have your charges dismissed after successfully completing a probationary period.

The penalties for cocaine charges in New Jersey become more severe in a variety of circumstances, including if the State suspects you intended to distribute the drug or if the offense occurred within 1000 feet of a school zone or within 500 feet of certain public property. Some of the additional charges you may face for cocaine include:

Due to the fact that cocaine possession is a felony offense, the case will be handled by the Ocean County Prosecutor’s Office in the Superior Court. Before being assigned to a prosecutorial trial team, most cases will be sent to Pre-Disposition Conference “PDC”. Having an experienced criminal defense lawyer represent you at your PDC hearing is significant and can be the difference in increasing your chances of having the charges significantly downgraded, remanded to municipal court, or your admission secured into a diversion program such as Pre-Trial Intervention where the charges will be dismissed upon successful completion. The attorneys at the Law Offices of William A. Proetta dedicate a large portion of their practice to providing our clients with defense for criminal and municipal court charges including cocaine possession throughout Ocean County and New Jersey including Waretown, Bay Head, Forked River, New Egypt, Island Heights, Seaside Park, Point Pleasant, and Eagleswood. To learn more about how we can help you build a case strategy customized to your facts and needs, contact our office at (848) 238-2100 for a free initial consultation with an Ocean County cocaine defense attorney.