Point Pleasant NJ Under the Influence of CDS Attorney 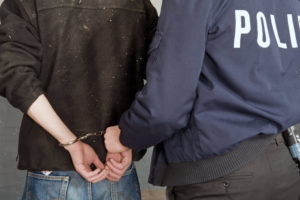 In New Jersey, it is unlawful for you or anyone you know to use or be under the influence of a controlled dangerous substance (CDS) outside of the purposes of the treatment or management of an illness or condition, as prescribed by an authorized practitioner. Being under the influence of a controlled dangerous substance is a disorderly persons offense that actually violates New Jersey’s main drug possession law, N.J.S.A. 2C:35-10. Surprisingly, based upon little proof, you can spend as much as 6 months in jail upon conviction for violating subsection (b) of this statute. Despite the minimal proof needed to establish that you were under the influence of drugs if charged with this offense, there are ways to avoid a conviction. Not every case of suspected behavior of this kind actually involves drug use. Many cases simply involve alcohol and public drunkenness and not use of a controlled dangerous substance. In these instances, you cannot be found guilty of being under the influence of a drug because the statute only covers conduct involving CDS, not alcohol. The best thing to do is have your individual case reviewed by an experienced criminal defense lawyer who frequently handles drug charges of this kind, as well as others for cocaine possession, possession of marijuana less than 50 grams, drug paraphernalia, and illegally possessing heroin. With local offices in Point Pleasant, we at Proetta & Oliver understand your predicament and assist clients like you virtually everyday in Ocean County and throughout New Jersey. If you have been charged with being under the influence of drugs in a public place in Seaside Heights, Long Beach Township, Mantoloking, Toms River, Lavallette, or another town at the Jersey Shore, simply call (848) 238-2100 now for a free consultation.

In accordance with the criminal statute, N.J.S.A. 2C:35-10(b), a person can be found guilty of being under the influence of CDS if he or she:

Criminal charges for being under the influence are specifically reserved for those who have taken or are under the influence of a controlled dangerous substance. Taking CDS means that the state must prove that you took some drug that you did not have a prescription for, or a drug like heroin that is plainly illegal in New Jersey. Xanax, marijuana, oxycontin, methadone, cocaine, MDMA (molly), methamphetamine, and drugs such as these are examples of controlled dangerous substances. Additionally, you should not be convicted if it can be shown that you have a prescription for the substance or were under the care and orders of a physician.

Not all cases that lead to charges for 2C:35-10(b) involve controlled dangerous substances and the officer’s mere testimony should not be sufficient to sustain a conviction. On numerous occasions, we have seen young and old alike charged with being under the influence of CDS after having ingested a few too many drinks. This happens often in shore towns such as Belmar, Ocean Township, Bayhead and many other beachside retreats. Drinking too many beers or a few too many cocktails should not give rise to criminal charges for a disorderly persons offense for being under the influence of drugs. It may be appropriate to charge a person with a violation of a town ordinance for public drunkenness or even disorderly conduct, but not being under the influence. Unfortunately, the police do not have to prove exactly what substance you were taking. Rather, they need only testify to your behavior and why they believe you were under the influence of CDS prior to your being charged with the offense in question. The officers will rely on their training and experience, coupled with other facts that may make it more probable than not that you were under the influence.

What are the Penalties for Being under the Influence of CDS in NJ?

Being under the influence of CDS is a criminal offense. If found guilty, you face certain penalties. These cases are heard in the municipal court in the town where the offense is alleged to have been committed. This is not a felony but is instead a disorderly persons offense for which you can be sentenced as follows:

Being Under the Influence of Drugs Defense Lawyers in Ocean NJ

The consequences for N.J.S.A. 2C:35-10(b) charges can seem severe for just being caught having a good time with friends. That’s where we come in. After a thorough review of the facts and evidence, our lawyers can help to either reduce the charges, get them dismissed under some circumstances, or try the case before the court to disprove the prosecution’s version of the story. If you are facing a charge for using or being under the influence of drugs in Ocean County, contact us today at (848) 238-2100 to discuss your case and possible representation. Whether the charges originated in Lacey, Jackson, Manchester, Stafford, Lakehurst, or another town nearby, Proetta & Oliver can help. The consultation is always provided at zero cost to you so please do not hesitate to call now to speak with an experienced attorney.