What if I’m Charged with Disorderly Conduct in Jackson NJ? 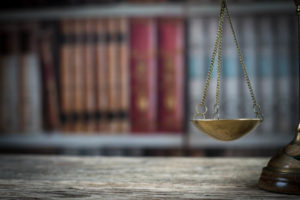 The simple fact is that in Jackson and anywhere else throughout the state of New Jersey, people are charged with the petty disorderly persons offense of disorderly conduct virtually every day. The real question is, will the charges stick? At Proetta & Oliver, we can help to make sure they don’t. If you or a loved one is facing a Jackson NJ disorderly conduct charge, call our local lawyers at (848) 238-2100 for a free consultation. We are here to answer any questions that you may have and talk over your options. With a practice dedicated to criminal defense, our attorneys have the knowledge and experience to successfully handle your case.

The statute allows for you to be charged with disorderly conduct under subsection (b) when it is alleged that you are in public and you intentionally or recklessly “offend the sensibilities” of the person or people who are present. The language used must be alleged to be “course” or “abusive.” So, if you are chanting a belief at a rally and others are offended, what happens? While you may find yourself charged with disorderly conduct for any number of reasons, the likelihood that you will be convicted is another matter entirely. In general, a protest, belief, or speech that has some purpose, cannot be said to be offensive, course, or abusive. On the other hand, speech that has no purpose or is so blatantly abhorrent is not permissible in public. For example, if you are in Jackson and you are standing there with others and chanting, you should not be able to be charged with violating NJSA 2C:33-2, let alone convicted. Contrarily, if you run up to a police officer or someone else on the Boardwalk or Waterfront Park, clench your fists, get in their face and yell or scream obscenities, continuing on an expletive-laced rant, chances are that you perhaps offended a listener. In essence, there is a significant distinction between free speech and senseless offensive or course language. Generally speaking, a disorderly conduct charge should only apply to truly unconscionable language in a public place. This often happens in the presence of alcohol, such as a bar, or perhaps at a sporting event where things get emotional and out of hand.

Unlike the offensive language portion of the statute, improper behavior encapsulates almost any type of behavior that is presumably disruptive. If your behavior caused a public disturbance by fighting, caused an annoyance or alarm to anyone, or created a hazardous situation, you may find yourself on the wrong side of a disorderly conduct case. This portion of the statute makes it an offense to do something that disrupts the public without any real purpose. Behaviors including urinating in public, screaming, public drunkenness, physically fighting, and loud arguing can all be considered disorderly conduct. Depending on the situation, you may also be charged with assault in Jackson, which is a distinct offense.

In today’s world of isolation, protests, riots, social and economic uncertainty, it seems that everyone is on high alert. People are understandably upset and frustrated and some take to the streets to voice their frustrations and demands. But what happens when protestors clash, views collide, and words are exchanged? Could you be charged with disorderly conduct under N.J.S.A. 2C:33-2? Now more than ever, disagreements and politics have caused polarizing points of view and made enemies of would-be friends. People in New Jersey and across the country are faced with difficulties understanding one another and some become easily offended by any viewpoint other than their own. Things happen; for example, people angrily express their views in public, some of whom may subsequently be charged with disorderly conduct. Fortunately, our constitutional right to free speech protects you and others when expressing opinions. In fact, the disorderly conduct statute was found to be overly broad by our New Jersey Appellate Division in State in Interest of H.D., 206 N.J. Super 58, 1985. As a result of the revision of the law, you cannot be prosecuted for language or speech that does not go beyond the sensibilities of the listener. Instead, the speech that is condemned is that which is so offensive that it gives way to a disruption of the peace and enjoyment of the general public.

The same holds true for subsection (a) of the disorderly conduct law. Not all conduct is “improper” and sometimes, there is a legitimate reason for the behavior.

What can I be sentenced to for disorderly conduct in Jackson, New Jersey?

In Jackson, if you are accused of disorderly conduct, your case will be heard in the Jackson Municipal Court. You are facing prosecution for a petty disorderly persons offense, which is the lowest criminal-type offense that you can be charged with in New Jersey. If convicted, the judge has the authority to sentence you to jail, fines, and probation. In terms of jail, you are facing a county jail sentence of up to 30 days. The fines that can be issued run as high as $500, in addition to court costs, mandatory fees, and assessments. And while it doesn’t always happen, you can also be placed on probation.

Finding a Skilled Jackson Disorderly Conduct Attorney to Defend You

When it comes to a disorderly conduct charge in Jackson NJ, the time to act in your defense is now. Don’t wait to get to court to figure out what you can do to help yourself. Contact us at (848) 238-2100 for further information and a cost-free consultation about your case. If you enlist our lawyers’ help, we will do the arguing for you, as we have the knowledge and the desire to pursue your best-case scenario.