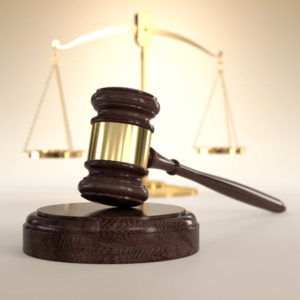 Barnegat Township is considered one of the top 100 safest towns in Ocean County and New Jersey. According to recent crime reporting, few violent crimes happened during one year, thereby bolstering claims of safety and lowering crime statistics. The likelihood of being a victim of a crime in Barnegat is so low in fact, that you have a .o33 chance in 600 of that happening to you. However, offenses such as simple assault are not uncommon in the town. Some of these charges can be attributed to visitors who gain easy access from Route 72, or those traveling from Philadelphia or northern New Jersey. Other simple assault cases stem from any of the 22,000 residents who become involved in domestic disputes. No matter how simple assault allegations and arrests occur, it is certain that charges will be elevated to aggravated assault when the offense is committed against a member of the Barnegat Township Police Force, emergency squad, any teacher in the school district, a hospital worker, or even a bus driver. Penalties for simple assault can be troublesome, as the court can require up to 6 months in Ocean County Jail for this disorderly persons offense, among other penalties. A person then faces state prison when what would have been simple assault is raised to the degree of an aggravated assault. Regardless of how your simple assault charge came about in Barnegat, there are some important things you should know. If you have specific questions relevant to your case, please feel free to contact the Law Office of Proetta & Oliver at (848) 238-2100 to consult an attorney free of charge. We have handled thousands of these cases throughout our careers in criminal defense and are available to assist you.

To prove that a simple assault was committed under N.J.S.A. 2C:12-1a, the state must present evidence of your actual cause of, or intention to, injure the other person. This injury can be caused by acting recklessly, negligently, or purposely. Additionally, it can be alleged that you caused an injury with a deadly weapon while behaving negligently. Lastly, the state can attempt to show that while you did not actually injure anyone, you did attempt to put them in fear of suffering serious bodily injury. The injury that must be proven is not serious or significant, but is instead one in which another person experienced pain.

In the normal course of life simple assaults occur between friends, classmates, colleagues, lovers, or even strangers. Sometimes a volatile situation happens after having consumed alcohol or taking drugs, while in others, it is simply a heated argument that took a turn for the worse. And if the two parties engage in fighting with each other, they can be charged with a lesser form of simple assault, namely mutual fighting, a petty disorderly persons offense. Provided you have not been arrested and placed in jail for domestic violence simple assault, you will be required to come to court for a first appearance.

Am I going to jail for simple assault in Barnegat?

In simple assault cases, if found guilty in the Barnegat Township Municipal Court, the court is permitted to sentence you to a maximum punishment of 6 months in the county jail, a $1,000 fine, and associated mandatory penalties.

Why was I charged with Aggravated Assault in Waretown when there was Barely any Injury?

Police officers have a responsibility and must arrest those that break the law. Sometimes the officer can be wrong or mistaken about who you are or what happened, but if they announce their intention to arrest you and are acting in the course of their duties, you are not within your rights to resist. Often, a simple assault occurs when you resist arrest and things spiral downward from there. For example, perhaps the officer tries to arrest you, you resist, the officer tackles you and then injures himself. You may be blamed and responsible for his injuries if they were caused when you resisted. While it may not have been your intention to hurt the officer, your behavior could be considered reckless, thereby causing an injury unnecessarily.

If the officer gets a bump, bruise, or scratch, this is considered an injury under the simple assault statute. Any person in a position of authority, who is required to administer some type of public assistance, or who is acting in an official capacity (nurse, EMS worker, police officer, teacher, bus driver), is entitled to enhanced protections to prevent or deter future criminal acts of violence against them. For simple assault, this means that the crime will be increased from a disorderly persons offense to an indictable crime allowing for a state prison sentence. Aggravated assaults and simple assaults are drastically different in terms of how the offense is viewed and what punishment can be administered. If the case is elevated to an indictable crime of aggravated assault, you could be forced to go to state prison for years if found guilty in the Ocean County Superior Court. Unfortunately, the officer or victim involved with the case may have some input or influence over what happens to you.

At the outset, our attorneys will fight for your release if the case is placed on a warrant (simple assaults of domestic violence or aggravated assault cases) and the state files for detention. If there is no prospect of a resolution for release, we will take the matter up with the Judge and request release. In preparation for the detention hearing we will speak with you, family members, and formulate the best case supporting your good standing in the community. This may be your first offense and even the alleged victim may not be interested in seeing you detained. You may not have any criminal history or failures to appear in court in the past, which are further factors weighing in your favor. Whatever the case may be, our lawyers take detention hearings extremely seriously, knowing it is our responsibility to expose the truth to the judge in deciding to release you. We will do everything that we can to make that possible.

Should I get a Lawyer for a Simple Assault Charge in Barnegat Township?

From the moment you enlist legal counsel from our experienced Barnegat NJ simple assault lawyers, we will appear with you for every court proceeding so that you will never feel alone and do our due diligence to ensure that your case is resolved in the most favorable manner possible. Our attorneys understand that the court and victim may steer the case in a direction that can be uncomfortable for you and your family. Because we know what to expect, we will carefully review the evidence, advise you on what to do next, and conduct investigations that may help in your defense. We do not allow you to be trampled upon or forced into a position in which you feel you have no options. From downgrades to dismissals or motions to trials, we are here to provide your best defense. Contact Proetta & Oliver at (848) 238-2100 if you are in need of a free legal consultation.