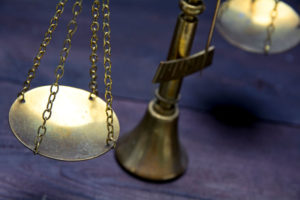 Long Beach Island, LBI for short, is home to 20,000 full-time residents and this number increases during the summer months, during which families flock to the beaches of this popular barrier island. Long Beach Island has long been a favorite vacation destination for beachgoers traveling from New York, Connecticut, Pennsylvania and other parts of New Jersey.  Many of the visitors vacationed here as children and hope to keep up the tradition with their own families. Both visitors and residents seek to keep the Island safe and  to allow it to continue to be a family destination for years to come. In keeping with this sentiment, the state will prosecute violators of the law who threaten family tourism and the livelihood of the Island. Two offenses that commonly threaten such peace and enjoyment, whether you are staying in a high-priced beach-front retreat in Loveladies or a lower-lying family cottage in Beach Haven, are simple assault and aggravated assault. These two types of assault charges are distinct in their respective severity, punishments, court venues, and collateral impacts on the persons charged. If you have been arrested for simple or aggravated assault in Long Beach Island, we urge you to seek sound legal advice and assistance as soon as you are able. Contact our firm now at (848)-238-2100 to speak with an attorney free of charge.

Simply put, the seriousness of the injury sustained by the victim will influence whether you are charged with simple assault, a disorderly persons offense, or aggravated assault, a felony. Think of it this way: the less severe the injury, the less serious the charge. Simple assault is exactly as it sounds, simple and less serious than aggravated assault. In essence, the disorderly persons offense of simple assault can be alleged when a person claims that he or she was injured at the hands of another. Injuries associated with simple assault are minor and often do not require medical care. For example, a shove, slap, punch, kick, pinch, grab, or even a threat of committing one of these acts constitutes simple assault violating N.J.S.A. 2C:12-1(a).

So, in LBI, if you and a few of your buddies head to Nardi’s for a few drinks and get into a shoving match with a few angry locals and someone is injured, you can be charged with the offense. All the state must prove to find you guilty is that you attempted to cause an injury to another, negligently caused an injury with a weapon, or that you threatened to injure someone.

It is seemingly easy to commit this offense when out with a group and tempers flare after having downed a few shots of liquid courage. Some people have even been charged when trying to break up a fight or thwart an altercation. This is because simple assault can be applied in an overly broad manner and the police may simply defer to the courts to decipher who the true wrong-doers are.  In the meantime, you will be left to protect yourself in a legal quagmire in the local Municipal Court most familiar to lawyers, prosecutors, and return defendants.

Arrested for Aggravated Assault in LBI

If, however, the injuries sustained by an alleged victim are more serious, or the injured party is a police officer or another public servant of some kind, your charge will be bumped up to an indictable crime for aggravated assault violating N.J.S.A. 2C:12-1(b). The crime of aggravated assault is significantly more serious than simple assault. In turn, the punishment includes possible incarceration in state prison as opposed to county jail, which is a possibility in simple assault cases.

Aside from the punishment and felonious nature of the charge, the critical difference between simple assault and aggravated assault is the severity of the injury or identity of the victim. Unlike simple assault, the damage caused by the aggressor must be “serious.”  A slap, punch, kick, or shove will not suffice, nor will a merely bruised ego.  To be proven guilty, it must be shown beyond a reasonable doubt that you intentionally attempted to cause serious bodily, recklessly caused such an injury, or that you pointed a firearm at someone.

In accordance with N.J.S.A. 2C: 11-1, “serious bodily injury” is distinct from “bodily injury.” Bodily injury under the simple assault statute means that the injured party experienced some form of discomfort however slight, namely, pain, impairment, or illness. Conversely, serious bodily injury requires the state to prove that the injury caused by you posed a risk of death or disfigurement, or  loss “or impairment of the function of any bodily member or organ.”  For example, stitches and broken bones are considered serious, thus permitting a third degree complaint to be filed.

Even more serious than a third degree assault is a second degree charge, for which it must be alleged that you caused significant bodily injury. Significant bodily injury is comparatively the most serious allegation and requires proof that you caused someone to temporarily lose a bodily function, or organ or a loss of any of the five senses (sight/hearing/smell/taste/touch). In the example above, if you punched someone and knocked them out cold, he or she would have lost consciousness and sight, etc. Similarly, if you punched him and he had temporary hearing loss, you could be charged with a second degree crime.

One exception to the distinction between the injuries needed to prove aggravated assault versus simple assault applies when a police officer is the victim. Ordinarily, if the injured party receives a scrape, bump, or bruise, the defendant will be charged with simple assault.  But, if in a scuffle at a local bar or watering hole, you push an officer off of you or resist arrest and the officer experiences any pain, you will likely be charged with a third degree aggravated assault on law enforcement. His employment as an officer makes him a protected party, allowing for a higher level charge to be filed against you.

Consequences of a Conviction for Assault in Long Beach Island

Aside from the injuries, there are substantially different penal and social consequences for aggravated assault and simple assault. In other words, types of assault offenses are vastly different in the way that the crimes are perceived and punished by the courts. Furthermore, society often judges the offenses differently as well.

For example, simple assault is considered to be less violent than aggravated assault. As you might imagine, the punishment is therefore less harsh. When a person is charged with simple assault, this is a disorderly persons offense requiring your attendance in the Municipal Court associated with the specific municipality in which the charges were filed. Only disorderly persons and petty disorderly persons criminal offenses are heard in Municipal Court, aside from traffic violations, and town ordinances, whereas felony crimes are heard in the county Superior Court.

In Municipal Court, you are entitled to have a trial in a simple assault case.  At a trial, the prosecutor must prove that you purposely, knowingly, or recklessly assaulted someone and that the person was injured.  If the Judge, the sole trier of fact, finds that you did commit an act of simple assault, he can sentence you as follows:

However, if your charge is aggravated assault, the penalties will significantly increase. Aggravated assault is an indictable (felony) crime and is heard in Ocean County Superior Court. This court is markedly different from Municipal Court in that the atmosphere is more serious, the offense is considered more extreme, and the length of the case can last much longer than Municipal Court.

Here, if it is proven that you committed an aggravated assault, you can be sentenced as follows:

Also, it is important to note that a felony on your record can drastically affect your life.  For instance, employers can ask you whether you have ever been convicted of a felony crime and if the answer is yes, they may not hire you. Additionally, landlords can reject your housing application or not renew your lease, as you can be perceived as a danger to other tenants. Disorderly persons offenses are also seen on your criminal history and can similarly be used to thwart housing or employment. While many employers run background checks in addition to requiring applications, they may not hire you once they see an assault offense reported on your record.

If you have been charged with assault from an altercation in Ship Bottom, Surf City, North Beach, Harvey Cedars, Loveladies, High Bar Harbor, Barnegat Light, Long Beach Township, North Beach Haven, or Beach Haven, contact our experienced criminal defense lawyers today. Do not let prosecutors and courts take advantage of your lack of familiarity and knowledge concerning these cases. Rely on us to navigate through process and fight for you.